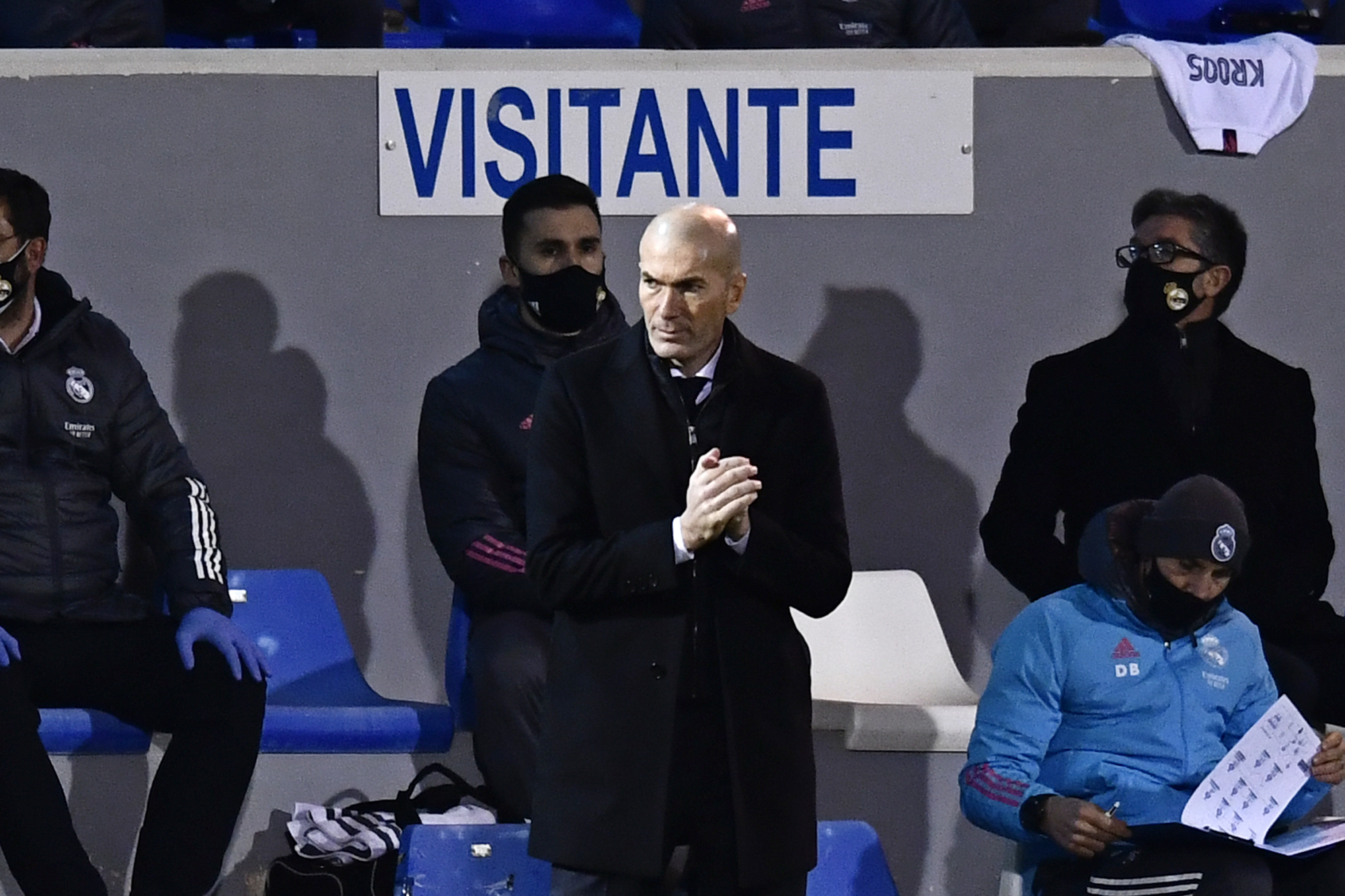 “Thank you for telling me that I have not won it,” said Zinedine Zidane with a half smile in the preview of the trip to Alcoy when he was reminded that he had not yet lifted the Copa del Rey in his entire career. Neither as a player nor as a coach. What’s more, his refined resume contained a not inconsiderable number of skids: Deportivo’s centennial in 2002, the defeat against Zaragoza in 2004 at the beginning of the end of the galactic era and Leganés in 2018. And since this Wednesday, too Alcoyano. On his visit to Alicante, a defeat awaited him that leaves a very deep scar in Madrid just one week after being eliminated in the semifinals of the Spanish Super Cup by Athletic and with a precarious situation in the League, four points behind Atlético with two more matches.

The Frenchman, however, fled from thick words when he had to hotly analyze the trigger against a Second B. “It’s not a shame, it’s nothing like that. These are things that happen in a career, you have to take responsibility and I fully assume it. It’s another painful day because we don’t like to lose, especially the players, who just want to win. Now we are not going to go crazy. We are going to think and keep working, “said the white coach, who refused to describe what happened as” ridiculous. ” “They are not my words. This is soccer. We play against a Second B and we have to win, but it hasn’t been like that ”.

Zizou’s connection with the dressing room has always been the thermometer to measure the future of the Frenchman in the Bernabéu band. Does your message reach the staff? They questioned him at the telematic press conference. “I think so, then you have to ask them. We have done good things, although lately less. Now we have to think that we are in the League and in the Champions League. Concentrate, things can be done. We are in the same boat, “he said in a speech filled with continuous words of support for his players.

Zidane naturally assumed the deafening noise that awaits him around him. This was also the case when the team engaged in a critical match in the Champions League against Gladbach to avoid European elimination in the first phase, something that had never happened before. After the defeat in Kiev, the buzz went off. Then he transmitted naturalness and his first answer in Alcoy did not change the tone. “When you lose, there are always things that are talked about. I take responsibility and whatever happens, I am calm. The players want to win the game. They try and sometimes different things happen. We have to assume it, I assume it and we will see what happens these days, “he added.

On Saturday at 9:00 p.m. in Mendizorroza, Alavés and Abelardo await you, a team and a coach who, except for an unforeseen twist, will prepare the game plan that is the worst for the whites. Locked back in search of the counter, which often ends up arriving. The same against a First as against a Second B, as observed in El Collao. With ten men, Alcoyano hunted an unprecedented white defense in the 115th minute. Without Ramos, nor Varane, nor Nacho.

In January 2021, the route to success against Madrid begins to be clear to all teams. Including a Second B. “As the game progressed, I saw that if we caught a ball, we could surprise and we succeeded,” acknowledged Vicente Parras, the local coach. “The party has developed as our best ideal. We knew they were going to subdue us, that we were going to have a hard time, but, if we stayed alive, we would have our chance and it has come. From then on, I have seen the team fly and, despite being sent off, we have done it ”, he congratulated himself.

Zidane’s explanations about what happened this Wednesday did not add any more news regarding other unsatisfactory results. In his opinion, the only problem is that his team does not close the matches. “We have had occasions to put the second and, when you do not put it, then in a foul what happened to us happens: 1-1. Then it has cost us. It is a difficult moment, we are out of the Cup, we had to do something else, but the players have tried, “he said. “If we score the second goal, it’s another game. Soccer is this. The goalkeeper has made two or three saves. He did not want to enter. I have the responsibility, the players have tried ”, he insisted in a pounding way in the defense of the squad.

Up to 26 times the whites finished off. Under the orders of Zidane, only in two defeats did the Whites shoot more times: against Betis (27) in September 2017 and against Villarreal (28) in January 2018. “All defeats are painful, this is not in particular. ”, The technician settled in his last attempt to avoid the most emphatic words despite the crisis that he has above.

In recent years, there have been several setbacks for Real Madrid in the Copa del Rey, a competition that resists it above all others. It is the trophy that has been raised the fewest times in the 21st century, only two, one in 2011 against Barcelona in Mourinho’s first year, and another in 2014, this time with Ancelotti also against the Catalans. Today’s white coach, Zinedine Zidane, has never won it either in his playing days or now as a coach.

There have been several finals lost by the whites, but more embarrassing have been the eliminations against teams in the bronze category. With the elimination in Alcoy, the 19 Copa del Rey champion has lost five times against Second B teams. The first was in the 2000-01 season, against Toledo in a single game. The Manchegos gave the surprise by beating those of Vicente del Bosque by 2-1. The next one was in 2008: Madrid faced Real Unión de Irún in the round of 32 and the Basques dismounted the team led by Bernd Schuster in a two-legged tie. First, they won a 3-2 home victory and then put on a show at the Bernabéu. The final 4-3 qualified them thanks to the value of the goals away from home despite the efforts of Raúl, who scored three goals that day. Raúl also never managed to lift the Cup.

The following year, one of Madrid’s biggest setbacks in recent history happened. Alcorcón crossed his path in the first round of the Cup and nobody expected what happened in the first leg at the Santo Domingo municipal stadium. The potters shook Madrid with a resounding 4-0, the famous Alcorconazo, on a night that would end up weighing too heavily at the end of the season for Pellegrini. Despite the appeal to the fans, the Bernabéu game was resolved with an insufficient 1-0. The Chilean coach, who had broken the Madrid league record for points, ended up dismissed at the end of the year, with the Alcorcón game as one of the main arguments. The last one was against Cádiz in 2016, but due to Cheryshev’s improper alignment. Rafa Benítez, the coach at the time, was fired a few weeks later so that Zidane could take over.