One in 1.4 billion. That is Guanyu Zhou. The 22-year-old pilot of the academy of Alpine, will take today one of the most important steps of his career in pursuit of fulfilling his dream of becoming the first Chinese in history to become an official Formula 1 driver in the coming years. Before, only two men from the most populous country in the world had come close to such an achievement. Ho-Pin Tung, who ran with Chinese nationality through his parents, was a reserve driver for Renault. And on the other hand, it was Ma-Qin Hua, the only Chinese driver who participated in several free practice sessions with HRT in 2012 and with Caterham in 2013. Today, Guanyu Zhou (May 30, 1999, Shanghai, China), will become the second Chinese driver to participate in testing by getting in Fernando Alonso’s car. In this case, fate wanted to be capricious, since when I was little, Guanyu went to F1 Chinese GP the 2005 and Shanghai with a flag with the Asturian’s car. That weekend, the Spaniard achieved pole and victory, and at the end of the course he would conquer the first of his two world championships. Little could he hope that 16 years later, he would precisely debut in an F1 practice session replacing Fernando, to whom he will hand over his wheel again for today’s FP2 in the Austrian GP of F1 2021.

“I have to say that it is a great responsibility. I never expected my first free practice would be driving his car, but that obviously gives me a little more pressure to take care of him, but at the same time I am ready to give my greatest efficiency to help the team get the best set up and balance that I can, ”commented the current leader of Formula 2, China’s highest hope. 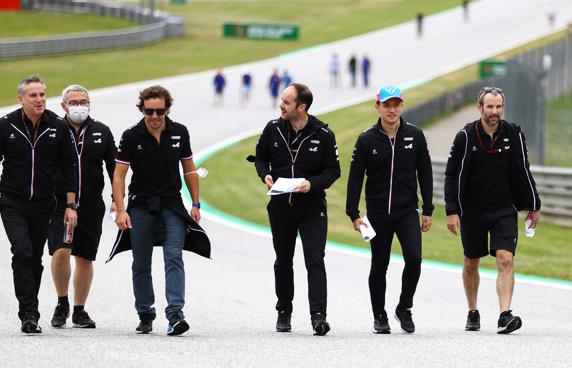 Alonso, together with Zhou and the Alpine engineers, performing the ‘track walk’ on Thursdays

The current Alpine test driver, a talent from the Renault academy since January 2019 after leaving the Ferrari program, has given great results from the beginning of his career with the French firm. That first year in Formula 2 he was 7th in the silver class and last year he was in all fights again, finishing 6th. Now, Zhou already leads the Formula 2 World Championship having won two races and achieved two more podiums in the 9 races contested. A talented pilot who sees in this opportunity to Alpine one more step to reach your great goal. 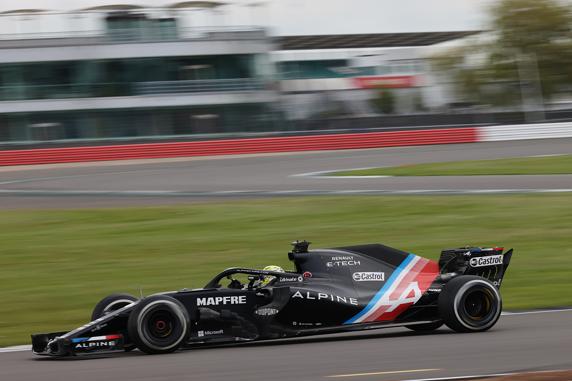 “Is incredible. I have been waiting for this opportunity for a long time and in recent years I have always been pushing hard. Especially, as a Chinese driver, to be able to drive an F1 car in some first free practice is something incredible for my country, “he said. Guanyu, who has great inspiration in his family for the enormous support they have given him. “When I was very young, I loved cars and the sound of fast cars. One day my dad took me to an indoor go-kart track and I enjoyed it. I wanted to go there every time school finished. I am the only one in my family who is interested in racing, which made things even more difficult. However, my father loves cars, which is the closest thing to racing, “he said. 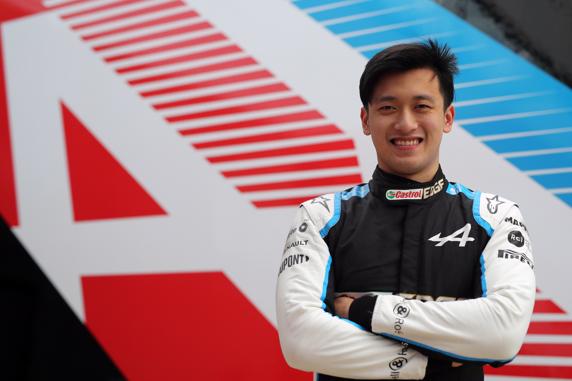 Later he tried karts in the open air and fell in love. He started competing at the age of 8, in 2007, and five years later he had to go to the UK to pursue his dream. “When I was little, there was no one from China who was doing this., and certainly no one who had made it to F1. That meant that always I was going blind to a certain extent. There was no one whose path I could follow. I moved to the UK and no one had done it before so I didn’t know where to go or which team to join. I didn’t know if I was doing the right thing “Zhou explained long ago. Already settled in London, he began to shine both in karts and in his jump to single-seaters, to this day, always advancing.

Apart from his family, his two great inspirations are Kobe Bryant y Lewis Hamilton. “Kobe was and is my idol. Being as talented and hardworking as he was was amazing. Vanessa Bryant said that Kobe would never take a shortcut in basketball, and that’s a lesson to follow no matter what sport you play. “, he commented on the F2 website. And on the other hand, although he shares colors with Alonso, he cannot hide his predilection for Lewis. “Just because you have a winning car doesn’t mean it’s easy to win. Hamilton may not have the perfect Saturday or start, but he always finds ways to make it all work on Sunday. He is very mature and always thinks 20 laps ahead. I love his battle with Max this year. I admire you”added.

Between 1.4 billion people that exists in your country, it can become a pioneer, a reference for the little ones that, together with the improvement of the structure of grassroots sport, makes China wake up in this area. Precisely, its now maximum mirror, Fernando Alonso, started a huge project with a karting school in China creating 40 tracks throughout the territory to improve grassroots sport, something essential for Chinese machinery to start producing stars. But above all, for all those children, having an example is key so that they see that they can really get there. That may be Zhou. And when that happens, the potential for China’s long-term future could be enormous. 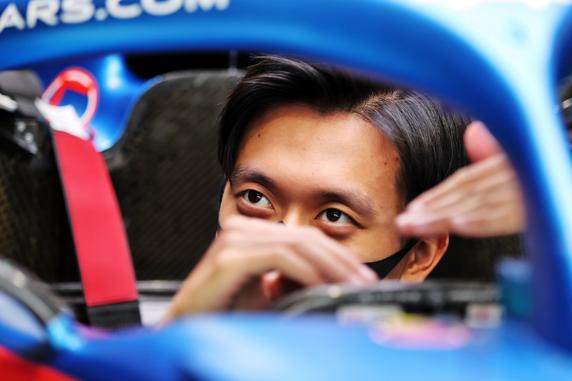