With the passage of time the urban landscape has been modified. Vehicles and pedestrians have welcomed other forms of mobility and there is one that is standing out due to its significant growth: bicycles. There are shared ones, with a small engine, classic, mountain, road, fixie … and autonomous. Yes, Your next bike could be electric, autonomous and will know how to balance itself. Since the 19th century, scientists and engineers have tried to explain the stability of these vehicles. From a technical point of view, a bicycle could stand on its own, although to do so, its center of gravity must be within its points of contact with the ground … which are reduced to two: the wheels. And when they start to move, the story changes. 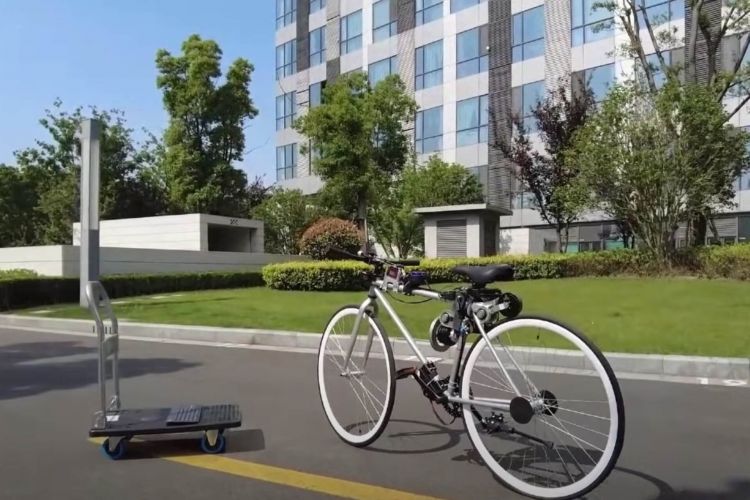 Why? Because turn into gyros allowing almost any bike to stand upright while in motion. Due to this, when we are circulating in them it is possible to advance without direction if we go fast enough … and there is someone in charge, of course.

Peng Zhihui, the Chinese engineer whom you can meet in the video that we attach at the end of the article, has managed to create a self-supporting, self-contained electric bike with no one on board. According to the images, the vehicle seems to barely wobble when it enters action because it is able to adjust in small intervals of time. 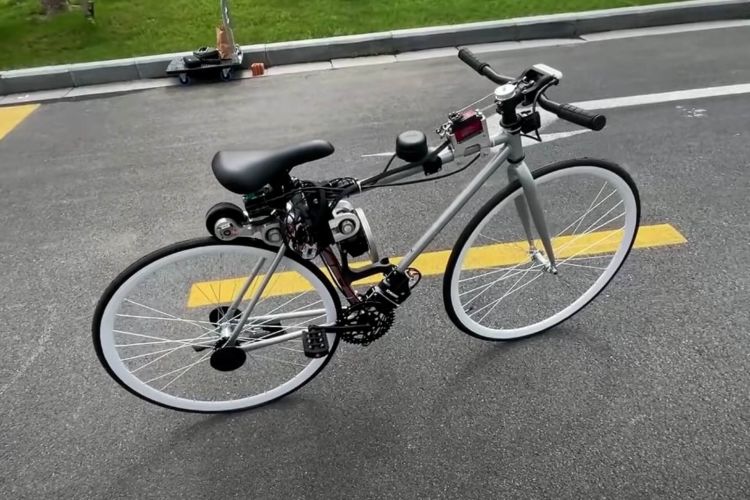 Christened Xuan, it took four months to manufacture. A process that has developed in three steps: build a control system that uses the natural dynamics of the bicycle, integrate a set of sensors and a computer chip that acts as the brain of the entire mechanism, and develop a series of hardware-based detection and control algorithms.

But how did you make the bike stand on its own? By placing a metal wheel just below the seat with which you can instantly reverse direction to provide angular movement and prevent Xuan from falling. 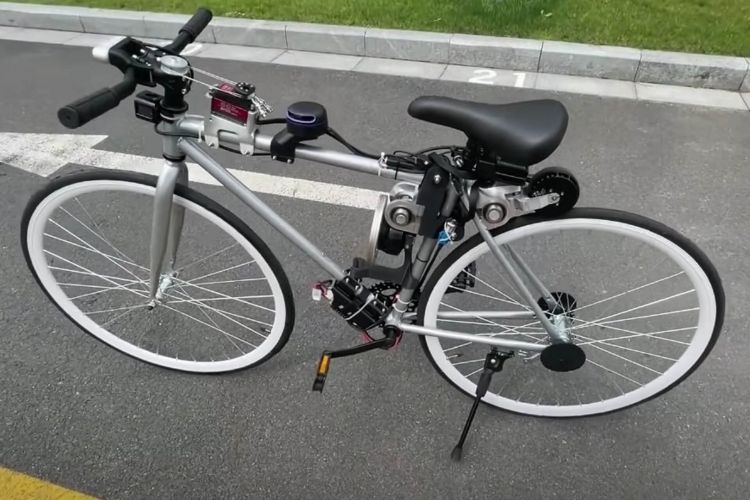 The autonomous character It comes through a pair of brushless motors and a steering mechanism to control the handlebars. To this set, accelerometer and gyroscope sensors were added to detect even the smallest movements, as well as an RGB-D camera and a LIDAR sensor to map the environment and avoid obstacles.

Xuan is equipped with a lithium battery that can provide enough power to run for three hours. A figure that could change since we are talking about a prototype that still has things to improve such as the handlebar transmission part or that cannot be carried by anyone. Despite this, it is still a brilliant invention that companies such as Uber have already been interested in with the aim of linking this autonomous bicycle to their cars and the other forms of urban transport that are yet to come.