Vercine presents the Spanish trailer for ‘Dear comrades‘, the new film by veteran Russian director Andrei Konchalovsky, responsible for titles such as’ Siberiada’, ‘Tango y Cash’ or ‘El Tren del Infierno’, among others.

Based on events that occurred in Novocherkassk in 1962, the film follows Lyudmila (Yuliya Vysotskaya), a member of the local communist party and a great defender of the ideals of the regime. During a labor strike in an engine factory, he sees how the army, sent by the Government, shoots the protesters, producing a massacre. This event will change your ideals and political values ​​forever.

With the city destroyed and shaken by the riots, many people are injured or missing, including Lyudmila’s daughter, forcing her to search for her in the chaos of the city.

Click here to see it on YouTube. This and other trilers you can find on our Dailymotion channel,
or in the section Movie trailers and videos from the web. 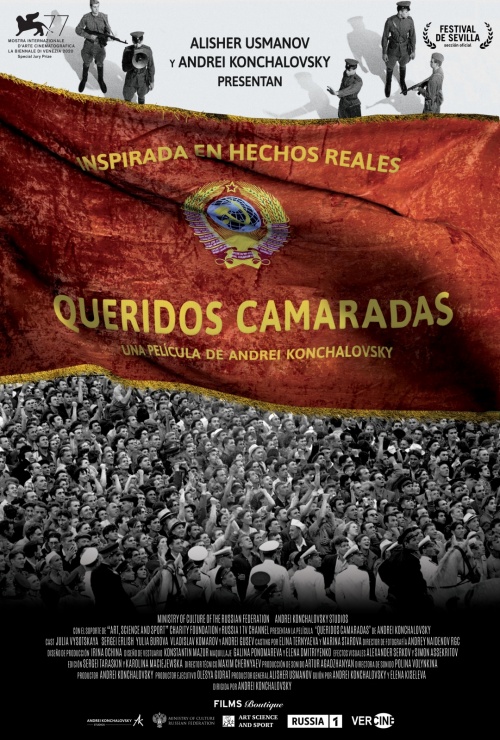