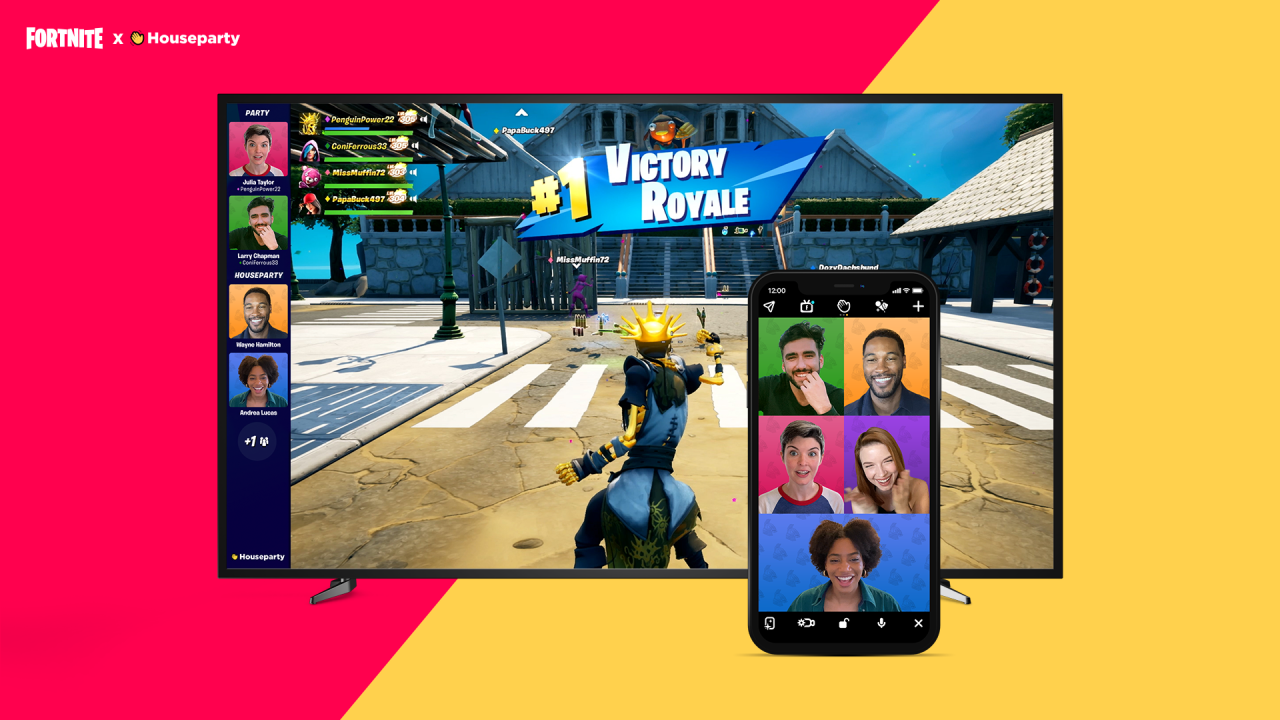 The integration allows up to 10 people playing in the same room at the same time and they can come and go as they want, plus it is not necessary to play to be attentive to the game. Although for now the interactions between those present will focus on being able to see each other’s reactions in real time, the founder of House Party did not rule out the possibility that other types of reactions or actions could be integrated into this game mode in the future .

One of the features that this format offers for now is that they can customize the background with which the user’s face appears in the Fornite room at HouseParty; However, Sistami clarified that although the system does detect the person’s face in order to integrate the background properly, it does not store the image and detection is lost as soon as the person leaves the shot.

The group video application is currently available for Fornite players on PC and Sony PlayStation 5 and PlayStation 4 consoles and to start playing in this way users will also need the latest version of HouseParty installed on their smartphones. Due to the restrictions that Apple maintains with Fortnite, to enter the game mode from an iPhone you must enter from House Party and only to watch the game and live with the rest of the users.