Yazeed Al-Rajhi has achieved an incontestable victory in the Dubai Baja, second scoring event of the FIA ​​World Cup for Casualties. The Saudi has imposed an unattainable pace for his rivals at the controls of the Toyota Hilux V8 that he has shared with the British Micahel Orr to achieve the victory with a time of 5 hours, 22 minutes and 13 seconds. Khalid Al-Qassimi with the Peugeot 3008 DKR and Yasir Seaidan have completed the podium, although both have finished half an hour from the winner. For its part, Laia Sanz finished in ninth overall position on his debut behind the wheel of a ‘Side by Side’.

With a reduced entry list, the proper names of Lower Dubai were almost defined from the start. And among all of them, Yazeed Al-Rajhi has been the fastest and most consistent rider. The Saudi has achieved stage victory in the two days of the test, beating in each of them a Khalid Al-Qassimi who could not get more out of his Peugeot 3008 DKR. For his part, Yazeed Al-Rajhi finished in third place and Frenchman Pierre Lachaume was fourth, thus achieving victory among light vehicles with his PH Sport Zéphyr from the T3 class. 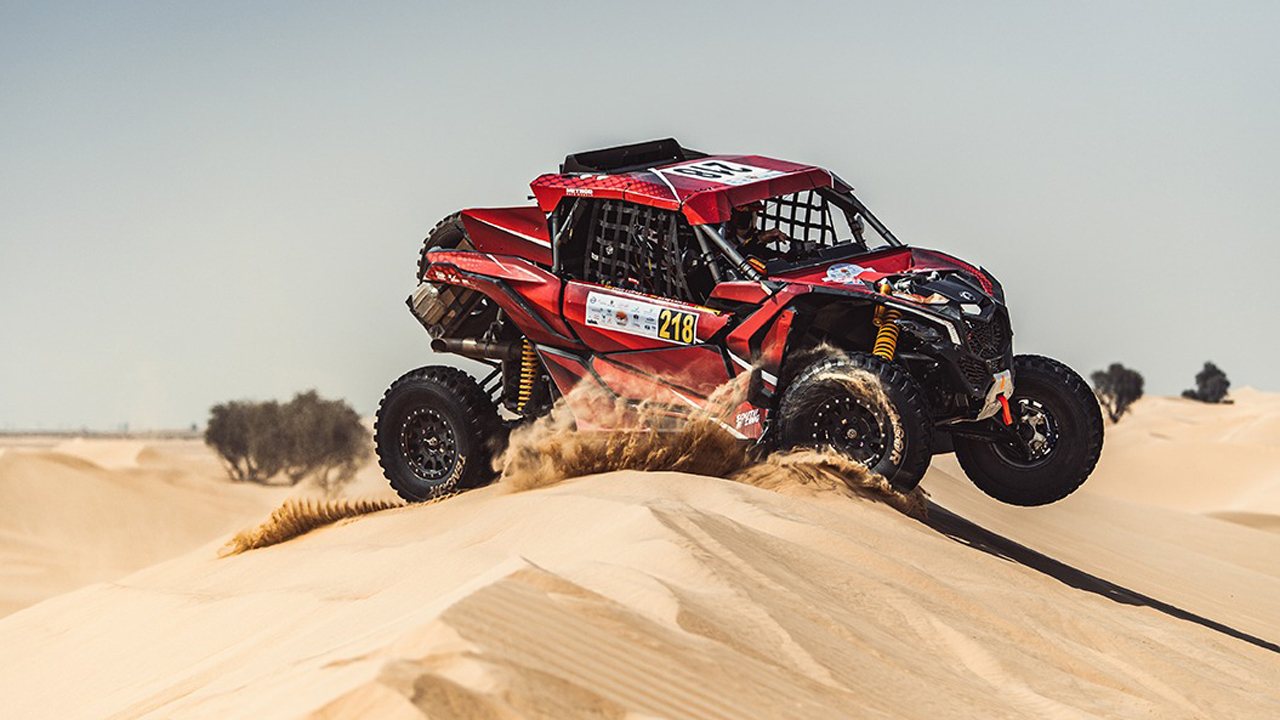 Laia Sanz has lived a Dubai Baja full of shocks with Lucas Cruz in his debut in a ‘Side by Side’.

For its part, the victory among the T4 has been for Pavel Lebedev after finishing fifth with his Can Am Maverick. Same vehicle used Laia sanz on his ‘Side by Side’ debut. Together with Lucas Cruz, the Spanish has had a Dubai Baja of great learning, but also of varied surprises. In fact, Laia Sanz has at times been the fastest rider in the T4 category with South Racing’s Can Am Maverick X3, but in the first stage had a low speed rollover 60 kilometers from the finish, in addition to electrical problems. History repeated itself in the second stage, with new mechanical problems and good rhythm while these faults did not appear.

For its part, Sam Smith has scored the victory in the motorcycle category at the controls of his KTM SX-F 450. Despite the fact that Aaron Mare started as a favorite and this was evident during the first stage, the South African rider’s problems forced him to leave on the second day of the Dubai Baja. Smith did not miss the opportunity to achieve victory with 1 minute and 31 seconds of margin over Czech Martin Michek. For his part, Mohammed Al-Balooshi closed the podium in the category thanks to his performance on his Husqvarna FE 450.