Yann Ehrlacher has become the new WTCR champion, thus giving the relief to Norbert Michelisz and Gabriele Tarquini. In contrast to the Hyundai drivers and his long history, Yann has won the title at a young age. In fact, Ehrlacher has become the youngest FIA Touring Car World Champion by winning the WTCR title at the age of 24, surpassing any WTCR champion and the defunct WTCC in precociousness. A fact that highlights the great projection that Ehrlacher has after learning from his uncle Yvan Muller, one of the most successful drivers of all time.

After winning the WTCR title, Yann Ehrlacher He couldn’t hide his excitement: “We have achieved something really great this year together with my uncle Yvan Muller. He has taught me everything from scratch, I never drove a kart and 7 years ago I didn’t know what a race car was. Now we are world champions and it is something incredible. The career in which I have achieved the title has felt like the longest of my life. The Safety Car made it even longer and I didn’t even know where to go. Even with one race ahead, I wanted to get the title as soon as possible and, luckily, it was». 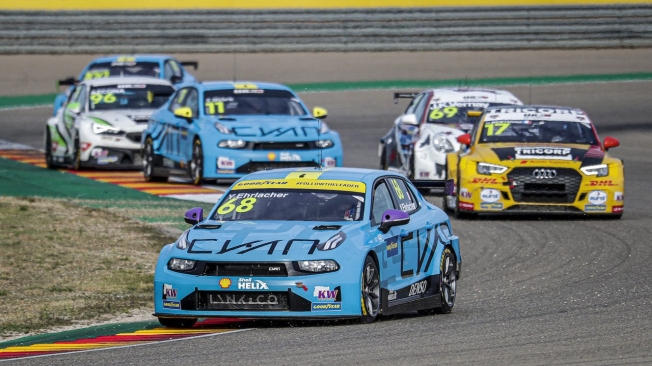 Yann Ehrlacher did not succumb to the pressure at MotorLand and managed to secure the WTCR title.

On his way to the title, Ehlarcher has found new facets of his personality: «I discovered a part of me that I didn’t know existed. When you are alone at home and you think about the situation and you analyze that in two weeks you can be a world champion, all kinds of thoughts invade you. You think that you are going to fail and that you will never be a champion. It’s pretty hard to deal with it and the pressure which begins to increase as the moment approaches. It was very important to me not to fail this weekend. We have worked very hard to get the title and I couldn’t let it slip».

Finally, Ehrlacher added: ‘Being the youngest champion is a mere statistic, the most important thing is that I have won the title and I am super happy. I think the preseason preparations have been key to being at the top all year. Although I am champion, next year I will keep my number, # 68. It is a number that means a lot to me and I could use # 1 to show that I have won the title, but I prefer to keep using my number. There is nothing to think about, I will keep # 68 for next season.