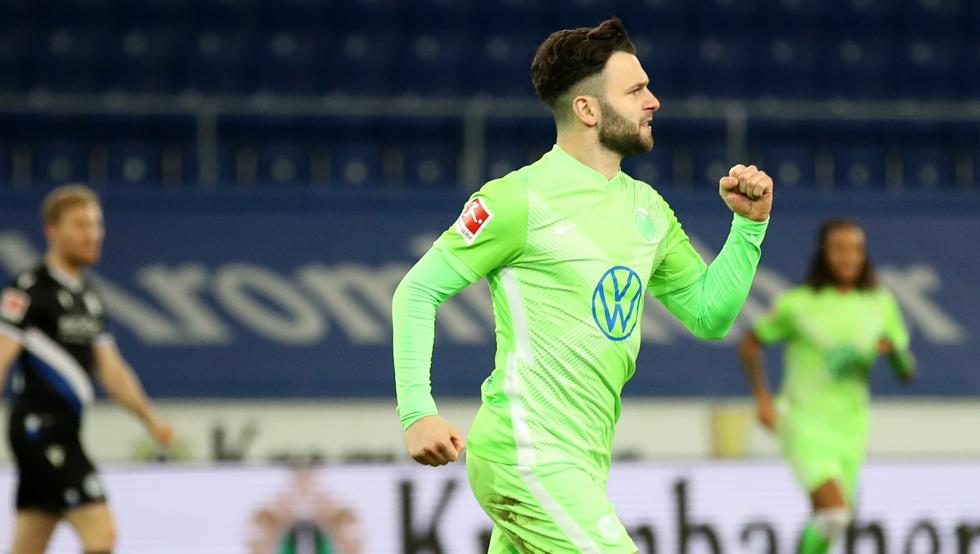 Wolfsburg rose, awaiting the match that Eintracht Frankfurt will play against Bayern on Saturday, to third place in the Bundesliga, after beating Arminia Bielefeld this Friday by a clear 0-3, in a match in which the performance of the Swiss Renato Steffen, author of a double.

True to the saying that if something works, better not touch it, the Austrian coach of Wolfsburg, Oliver Glasner, lined up the same starting eleven for the sixth consecutive game.

And it is better that things cannot go to the ‘wolves’, who have not known defeat since last January 3, when they fell 2-0 against Borussia Dortmund.

Seven consecutive league games, eight including the one played this Friday against Bielefeld, without knowing the defeat, which have pushed Wolfsburg to third place in the Bundesliga.

A streak that the visitors came out willing to extend against Bielefeld, who lacked the ambition that allowed him to surprise (3-3) last Monday the almighty Bayern Munich at the Allianz Arena.

In fact, Wolfsburg completely took over the ball from the first minute, although the clarity needed to translate their dominance into clear scoring chances.

In spite of everything, Glasner’s men did not stop trying, who found the best way to reach the rival area on the right wing, either with the continuous rises of the Swiss side Kevin Mbabu or the constant falls to that area of ​​the field of the ‘Trescuartistas’ Bote Baku and Yannick Gerhardt.

Precisely in a new irruption by Gerhardt’s right, the goal from the Swiss Renato Steffen arrived in the 29th minute, who did not miss a good cross from his teammate to sign the 0-1.

A goal that Bielefeld had the opportunity to equalize just two minutes later with a shot from the Dutchman Michel Vlap, who did not miss the only mistake made by the very solid rear of the “wolves”, who have not conceded a single goal in their last five league matches.

Scare that did not change the panorama of the match, which continued to be completely dominated by Wolfsburg, which definitively got the fight back on track two minutes into the second half with Steffen’s second goal.

The Swiss midfielder did not miss the rejection of local goalkeeper Stefan Ortega after a shot by Dutchman Wout Weghorst to sign it 0-2 in the 47th minute.

A marker that did not appease the voracity of Wolfsburg that established in 54 the final 0-3 with a shot from the edge of the area by Maximilian Arnold, which showed the quality that he treasures in his left leg.

A resounding victory that consolidated Wolfsburg in the Champions League places, after taking third place from Eintracht, which will host Bayern, the undisputed leader of the competition, this Saturday in Frankfurt, with 5 points more than Leipzig.