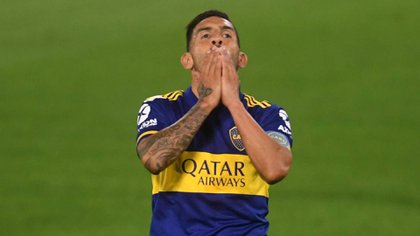 Miguel Ángel Russo summoned 30 players for the match against Lanús corresponding to the fourth date of the Professional League Cup. The meeting will take place this Friday, at the Bombonera and starting at 7:20 pm (TNT Sports).

Carlos Tevez, one of the footballers with the greatest presence since football was resumed in a pandemic, is not part of the payroll and will rest. Like the 36-year-old captain, Eduardo Salvio, who is recovering from a tear and points to next week’s duel for the Copa Libertadores, Gastón Ávila, for testing positive for coronavirus, and Carlos Izquierdoz and Agustín Obando, for having been expelled in the last game, with defeat, against Talleres de Córdoba.

Meanwhile, the players cited for the FIFA South American Qualifiers date are part of the roster, although they would not play from the start, except Esteban Andrada, who did not play with the Argentine team. The rest of the summoned mentioned by the coach, who in the last hours was polled by the Colombian National Team, are: Edwin Cardona, Sebastián Villa, Jorman Campuzano.

From the roster, there are six youths mentioned who have not yet debuted in the first division and will have a great chance to have their first minutes with the Boca shirt. These are: Renzo Giampaoli, Alan Varela, Cristian Medina, Pablo Gastón Gerzel, Ezequiel Zeballos and Aaron Molinas.

Miguel Russo would put an alternative team against Garnet, since next Wednesday he will play the first leg of the round of 16 of the Copa Libertadores against Internacional in Porto Alegre. Although he did not confirm the line-up, it is a fact that Mauro Zárate would return to the title together with Ramón Wanchope Ábila.