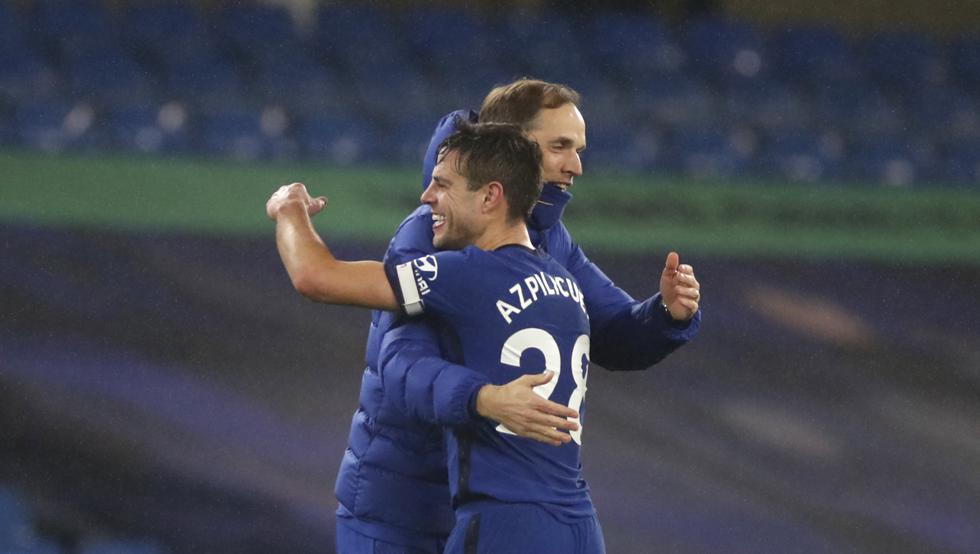 Finding the balance between stars and team players is essential. In fact, Mourinho said years ago that with eleven like Azpilicueta (Navarra, August 28, 1989) he could win the Champions League. The Chelsea captain appreciates the praise, although he considers himself one more in a dressing room that faces the tie against Atlético de Madrid with optimism. The switch from Lampard to Tuchel has done well at Stamford Bridge.

The Chelsea of ​​now is not the one of a few months ago.

Six weeks ago we weren’t at our best. Now with Tuchel everything has improved. The team has better feelings. Although the Premier has nothing to do with it, reaching the Champions League on a roll is good news.

What has Tuchel contributed?

The solidity has recovered, fewer opportunities are granted and that speaks of the work of the group, from the first attacker to the last defender. With the new coach we try to control the games with and without the ball.

What do you usually delve into in your talks?

Take great care in improving the footballer’s movement and how to attack to punish the opponent. Now we are in that first phase of quickly absorbing all the information because there is hardly any rest, processing it and carrying it out. Winning helps to continue in the same direction.

Do you spend a lot of time with the footballer?

He has the ability to analyze in detail the team in front of him and of course, our needs. The attacking player tends to give him freedom to express himself, to create opportunities or spaces that allow him to face each play in the best conditions.

Do you consume a lot of soccer?

I like to observe, to have the situation under control. As time goes by you get to know your rivals but I look at the peculiarities of each one because having information makes a difference. Seeing that one tends to go to one side or the other, that it moves inside or outside can give you an advantage on the field.

What worries you about Atlético de Madrid?

Everything. It is a stable team, reliable on a defensive level and with high quality alternatives in attack. And intensity has always been his hallmark. It is no coincidence that they are where they are.

Does this Luis Suárez take away your sleep?

He has a talent beyond any doubt. His figures have always supported him: at Liverpool and at Barça. A footballer with a huge competitive gene. Without a doubt, an asset to counteract this Atlético.

And what was said was finished …

Those who made the decision may have thought it was over, but their numbers are irrefutable. I sincerely hoped that he would maintain the level at Atlético de Madrid. It has always been among the best.

Do you think the League can escape Atlético de Madrid?

There is less and less left and if he keeps winning it will be complicated. It is in a very favorable position.

Does Chelsea have to be considered a firm candidate for the Champions League?

Talking off the field comes to nothing. Atlético de Madrid will put us to the test and it is on the pitch that we will see if Chelsea deserves to be considered a candidate for the Champions League. I think we have our chance, but we have to have a perfect tie.

Simeone has a pending debt in Champions. And you?

The Champions League is a thorn in the side. We reached the semifinals in 2014 against Atlético de Madrid and we weren’t able to eliminate them. It is the trophy that since childhood you have seen on television, listen to music and dream about it. Much remains but it is an illusion.

I have lived with many coaches in London and the desire has never changed: to win. Whatever style it is. Chelsea demands excellence. But it was the club that took the step of relieving Lampard for Tuchel.

Something had to break between Lampard and the locker room to get to this extreme.

The results just weren’t good. Frank has been a myth as a soccer player, I was lucky enough to share a dressing room with him and after he trained me, but Abramovich and his executive were the ones who decided to change course. The dressing room is responsible to the extent that we do not earn enough, but nothing more.

He remained seven substitute games. Did you understand that situation?

It becomes more complicated when one is used to playing. It was not a desired scenario, but I respected the coach and tried to help from the outside. I stayed calm and prepared to enter when necessary. You always want to play and it hurts to be a substitute, but as captain I put the collective interest first because I don’t consider myself a selfish footballer.

Mourinho once said that with eleven players like Azpilicueta he would win the Champions League.

It was flattering. You always need a balance between team players and others who make a difference.

Which coach have you enjoyed the most?

In the end, life teaches you to keep the best things in each one, with their personality and ideas. I have learned from everyone. I have had eight coaches and they have all shared the same desire to win.

Does Kepa deserve another chance?

I’m not the one to give it a chance. That’s up to Tuchel. I am your partner and your friend. I have a close relationship because we are also teammates from the National Team and I can guarantee that he works hard. He has suffered like anyone who does not play but the career of a footballer has bumps, it is not a bed of roses. You have to be humble. And he is young, with the future ahead. He is sure to continue to contribute a lot to Chelsea.

Nine years in England: is the end far off at Stamford Bridge?

I am very happy at Chelsea. I don’t like to look much further. I enjoy the moment, I have the ambition to leave the club as high as I can and I am going to train with the hope of continuing to do important things. Hopefully it lasts a long time.

Do you have a relationship with Hazard?

We are good friends.

How do you see him?

Frustrated. And wanting the injuries to give him a break. That allow you to show all the talent you treasure. His dream was to play for Real Madrid. Despite his years at Chelsea, he always wanted to wear that shirt. But for one thing or another, for the ankle, for muscular problems, he has not been able to demonstrate his class. As a friend, I hope you can. He’s a great guy.

Are you in time to succeed in Madrid?