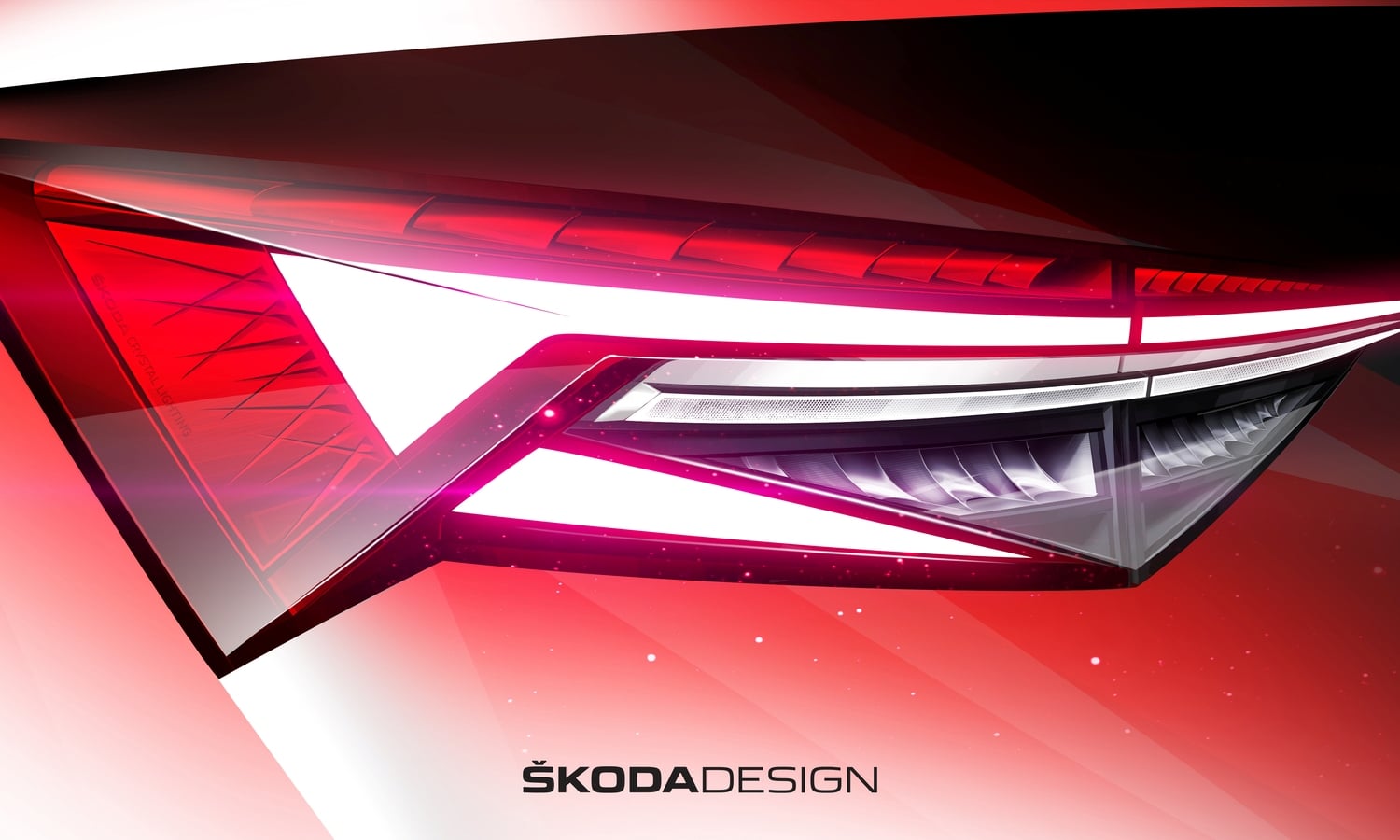 The almost eight years that the Yeti was for sale served a lot to make Skoda will find the way forward in the SUV segment. It was the first impulse for his team of engineers to take the step and dare to develop the successful Kodiaq. With him they faced heavyweights such as the Nissan X-Trail, Kia Sorento or its Volkswagen cousin, the Tiguan. However, it has reached the equator of its life cycle and it needs to be renewed.

As it happened at its launch, the Skoda Kodiaq will mark the aesthetic trend to be followed by his brothers Karoq and Kamiq. But while this moment arrives, we have to talk about how its design will evolve. To announce it, the Czech firm has published three sketches that advance part of the work that the creative team has carried out. In addition, they have wanted to officially confirm the day on which the presentation of the restyling of the Kodiaq will take place.

To know the aesthetic evolution of the Skoda Kodiaq just take a look at the sketches. The clearest one shows how the front is transformed to offer a more sporty presence. Thus, we have a redesigned hood with more pronounced folds. The hexagonal grill is more vertical and integrates double slats. This element is flanked by more ragged optics that are combined with fog lamps placed just below.

The bumper is also updated. Now, integrate a wider central air intake framed by two L-shaped chrome accents. The second sketch focuses on the front optics. Show both LED modules that make up the new light signature. For its part, the third sketch does the same with the rear module, emphasizing its greater thinness and the interior crystalline structure. Also, update the Skoda C shape.

The Skoda Kodiaq RS, the fastest 7-seater SUV at the Nürburgring, already has a price

With everything, aesthetics will not be the only aspect that evolves with the restyling of the Skoda Kodiaq. New options for equipment, technology, connectivity and active driving aids are slated to arrive. Nor can we overlook more careful materials and adjustments to dress the cabin. Another of the doubts that floats in the environment has to do with the continuity of the sports version RS.

Be that as it may, it will not take us long to learn these and many more data. The house of Mladá Boleslav already has everything planned for the Official debut of the revamped Skoda Kodiaq. If all goes according to plan, the presentation event will take place in days, specifically the Tuesday April 13. The time has not yet been announced, although they will be counting the remaining minutes so that no leak spoils their surprise.