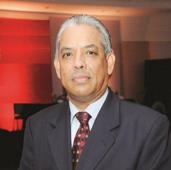 ANDThis Sunday the professional baseball championship will be inaugurated thanks to the tenacious work of the president of LIDOM, Vitelio Mejía. A few months ago the celebration of the event seemed like a utopia and the pitfalls were so many and so diverse that many of us believed that the tournament would recess in the 2020-21 season.

However, Mejía did not cease in his efforts and obtained the support of government institutions, to launch the contest. The main drawback, and I expressed it in a previous column, was determining where the economic resources would come from to cover the assembly of the championship.

Many companies, due to the effects of the pandemic, were not in a position to advertise for months, in addition to the fact that, since it would be played without an audience, funds would not be raised through the box office and neither for the consumption of food and drink in the stadium. However, this has largely been solved with the 8-year advertising agreement with BANRESERVAS, apart from the fact that the teams have managed to get sponsorships in the private sector, due to the fact that the economy has become more dynamic. On the health issue and the playing conditions, LIDOM and the Ministry of Public Health have prepared a coronavirus prevention protocol, which will regulate the work that players, leaders, coaches, referees, journalists, photographers, cameramen, staff will carry out in the tournament transmission and all those involved in the assembly of the joust.

The only thing that seems to be pending is to reach a definitive agreement with the players, who this time will not be able to receive contracts from previous years. There are complaints that while the native player is required to accept a salary reduction due to the special situation in which the tournament will take place, imported players are signing agreements without any financial restrictions.

However, I believe that an agreement will be reached in that sense and as well as on other pending issues with the National Federation of Baseball Players. Notably, sought-after young and veteran players with major league experience have reported to their teams, significantly increasing fan interest. I believe that if the players are able to comply with the sanitary measures and stay healthy, we will have a successful tournament.