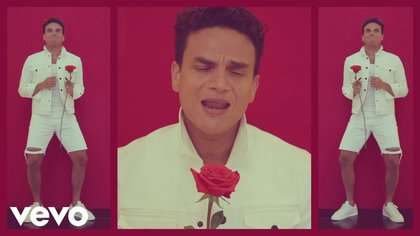 Last Saturday, November 21, Silvestre Dangond gave a virtual concert for all his followers. The location in the Hurtado Spa, on the Guatapurí shores, in Valledupar, was the perfect setting for the interpretation of the songs from his new album “Las locuras mías”.

The former national beauty queen, Valerie Dominguez, was in charge of presenting the concert, with which Dangond broke for nine months without giving a musical presentation to his audience and with which he apparently caused annoyance among some netizens who they commented on the dissemination on social networks. 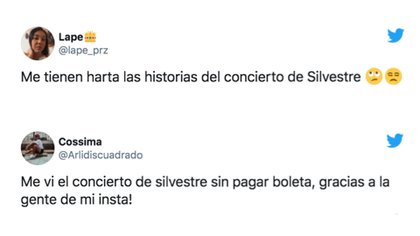 Some of the tweets that were featured on Saturday night.

The presentation began at 8:20 pm on Saturday and lasted until 1:45 am on Sunday. There were five hours, in which the Vallenato singer displayed his talent before the thousands of spectators who purchased tickets to attend the virtual event. 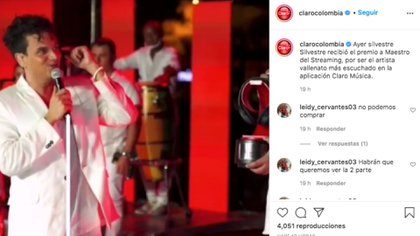 The vallenato singer also received the “Master of Streaming” award from Claro.

“I don’t like feeling like a robot, I need my people, this is hard, I thought it would be easier, but it’s not like that. Hopefully this pandemic passes soon so they can be here with me “, were some of the most emotional words that Silvestre gave in the middle of the concert.

Dangond, divided the concert into two batches, a first where he was accompanied by his current partner, Lucas Dangond, and another second where he had the support of Roman Lopez, his first musical formula and with whom, according to El Heraldo, he had to break his musical relationship due to an illness suffered by López at his hands.

“Due to fate we could not continue together, but here we are again, as you play as a beautiful son, I hope you can join with a singer and continue to show your talent,” said the popular Vallenato singer.

At the end of the show, the Vallenato singer was accompanied by Rolando Ochoa, with whom he recorded the album “La Novena Batalla” and with whom he paid a tribute to the recently deceased composer from Guajiro Romualdo Brito. Together with Ochoa they performed the songs of maestro Brito, such as, ‘The dawns of the Valley’ and ‘The deceased’, song that Silvestre recorded with Ochoa.

“People have not realized the greatness of Romualdo, we have gone one of the three largest in the composition. In my opinion, first there is Calixto Ochoa, father of my friend Rolando, then Romualdo and then Omar Geles. The teacher was measured to compose whatever it was, he did not have a fixed style, may God have it in his holy glory, “said Dangond. 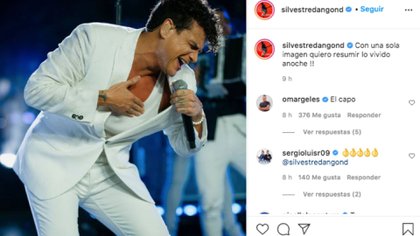 The proposal that caused a stir

In the middle of the vallenato show, one of the Guajiro artist’s guests surprised the entire audience, when he took the stage with a bouquet of flowers in one hand and an engagement ring in the other. His intention was quickly discovered by onlookers, the surprising man he planned to propose to his girlfriend.

The future boyfriend is called Juancho Geles, brother of the renowned Vallenato composer Omar Geles, and who could manage to make the romantic proposal while Dangond interpreted ‘Cásate with me’, a song that he released with the Puerto Rican reggaeton Nicky Jam.

The praised fiancee could not say no and the moment culminated with an emotional kiss and the comment of her “matchmaker”, Silvestre Dangond himself, who said: “Compadre take care of her, love her, treat her beautifully”.

Another of the surprises of the marathon day was the presence of the accordion player Roman Lopez with whom Dangond made his professional debut when recording the album ‘Tanto para ti’.

“When he put the microphone on me, I didn’t know how to handle it”: Jennifer Pulgarín talks about her uncomfortable moment in Miss Universe Colombia

“I’m dying and nobody cares”: the drama of actor Mauricio Bastidas, who remains sick and sad in a hospital in Cali