Throughout this week, six Ibex 35 companies have published their results for the first quarter of 2021. These are ACS, Acerinox, IberdrolaMerlin Properties, Telefonica and Almirall. But who has appreciated the most on the stock market?

Telefónica and Acerinox, the big winners

The two companies that come out the most favored after the publication of their results are Telefónica and Acerinox. The telecommunications company beat analysts’ expectations by shooting its net profit to 886 million euros, which implies, in relative terms, 118% of what was obtained in the first quarter of 2020. It also far exceeded the initial forecasts that they estimated a profit of 547 million euros. In the opinion of María Mira, fundamental analyst of Investment Strategies, Telefónica achieves “very good figures”. “It is already the third consecutive quarter of improvement in the operating result, something very important in a year of pandemic.”

Regarding the price of both companies, the company belonging to the steel sector presents a maximum price of 11, 80 and a maximum of 12.03 with a resistance and a medium-term support of 12.43 and 9.534 respectively. This confirms its good moment in the market, since it stands at the levels of 2017. As for Telefónica, it reflects a minimum of 3.93 and a maximum of 4 euros per share with a medium-term support of 3.518 and a resistance for this same period of 4,138.

According to the premium indicators of Investment Strategies, which measure the trend, the moment, the volume and the volatility of the share, the telecommunications company is in a phase of consolidation of the cycle and obtains a score of 7 out of 10. Acerinox, for its part, it is in a bullish stage with a rating of 8 out of 10 possible points. 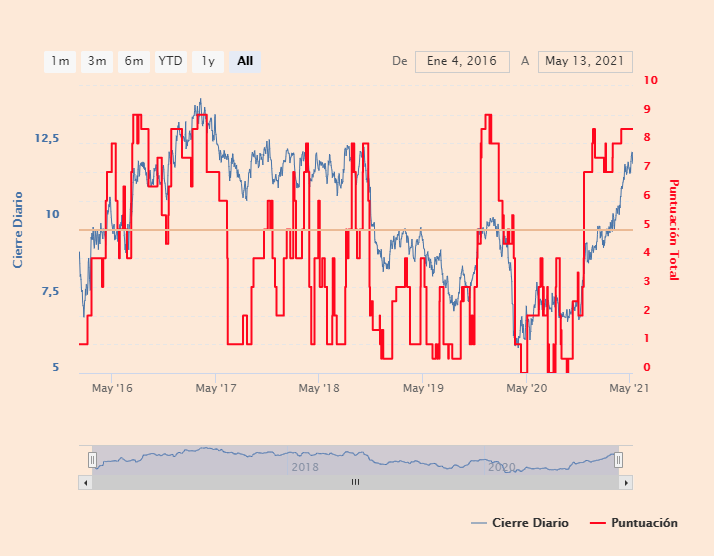 The result of Merlin Properties also stands out, which recorded a net profit of 55.7 million euros, which translates into an increase of 44% compared to the same period of the previous year.
The Socimi qualifies the behavior of this last activity as “excellent”, after signing the contract for more than 143,000 square meters, including new projects, as well as more than 70,000 square meters in rentals, now waiting for a “full occupation” of these logistics assets at the end of the year, according to Europapress.

Almirall and Iberdrola, the losers

Free webinar on indicators to invest in the stock market

Free webinar to learn how to use technical indicators to invest in the stock market.

At the other extreme are Almirall and Iberdrola which, due to the pandemic among other factors, have reduced their net profit. Iberdrola presents in this item a positive balance of 1,025 million, however, this It is 19.5% less than what it obtained in the first quarter of 2020 which, in absolute figures, was 1,272 million. The power company has also accused the sale of its stake in Siemens Gamesa, which brought it capital gains of 485 million and accounted for 8.7% of the entity.

According to its results, Almirall has also decreased its net profit to 29.8 million euros, 38% less than in the first three months of 2020, however, the year-on-year increase in sales is 5% which plays to favor of the pharmacist. The Ebitda marked a positive dynamics since it amounted to 68 million with a year-on-year increase of 46.3% compared to the first quarter of last year. 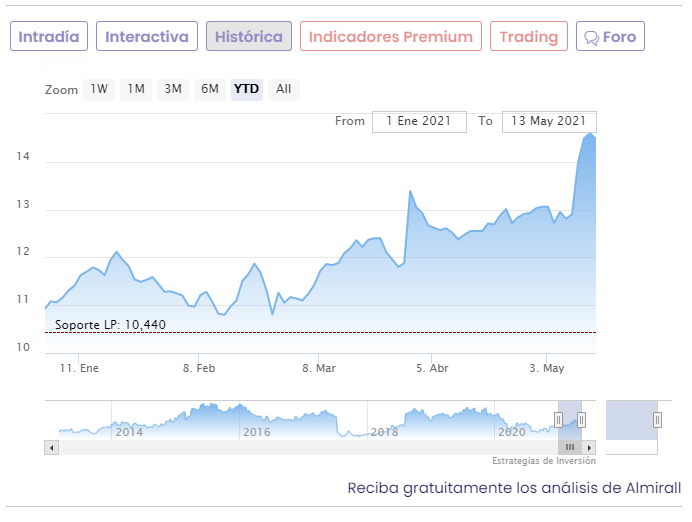 The premium indicators for both companies reflect a consolidation phase for Iberdrola with 7.5 out of 10 and a full 10 points for Amirall with a clearly bullish stage of the cycle. All the indices of the analysis show positive results, which indicates a very good position in the market despite its results.

As regards Iberdrola, the trend indicates upward dynamics in the medium and long term, while the fast and slow moment accompanies this trend with positive results. The volume of the securities, on the other hand, is the negative point of the analysis with decreasing evolutions in both periods. Finally, volatility shows a mixed scenario that is growing in the long term and decreasing in the medium term. 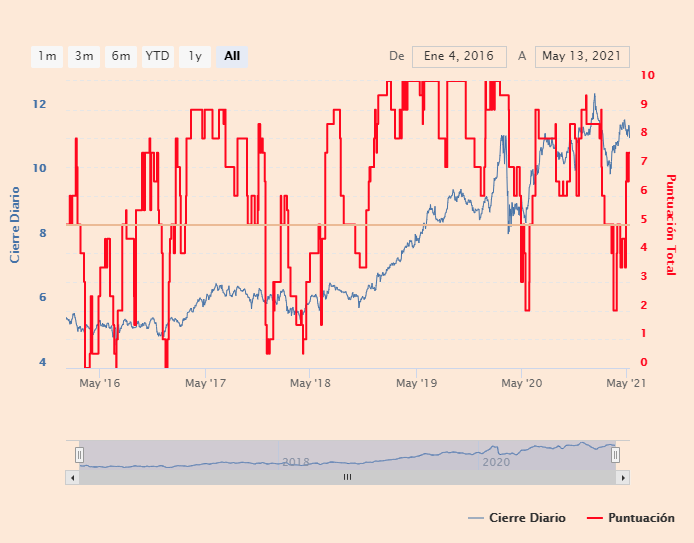 ACS, for its part, saves furniture with a net profit of 195 million euros during the first three months of 2021, 3.8% more than the same period last year, which, in absolute terms, registered 188 million euros. The company chaired by Florentino Pérez, however, suffered a significant drop in sales.

This decrease, as reported by the company in a statement, is due to “to the impact of the exchange rate, as a result of the depreciation of local currencies against the euro. The activities have shown a good performance in general during the first quarter of the year. The drop in production compared to the comparable period is mainly due to the North American market where the first quarter of 2020 did not yet reflect the impact of the pandemic. “

If you want to know the most bullish values ​​of the stock market, register for free in Investment Strategies.