Windows Feature Experience Pack is a new method for releasing software updates. Although it had already been detected a few months ago, Microsoft has published it for the first time in the Insider test channel and we think that will end up being important in Windows 10 development.

This “Windows experience features” add-on is not particularly exciting and only includes two features:

Like all new builds or cumulative updates, this Windows Feature Experience Pack can be downloaded through the internal Windows Update tool, in this case on the beta channel. And more will arrive, expanded in functions and once tested they will be available for stable versions.

Windows Feature Experience Pack: Back in the Past

There was a time when major Windows updates were delivered through “Service Packs” that former Windows users will remember well. The arrival of Windows 10 changed the development model to a “Windows as a service” with the anticipation of two annual version releases as a continuous release or rolling release also used by GNU / Linux distributions. 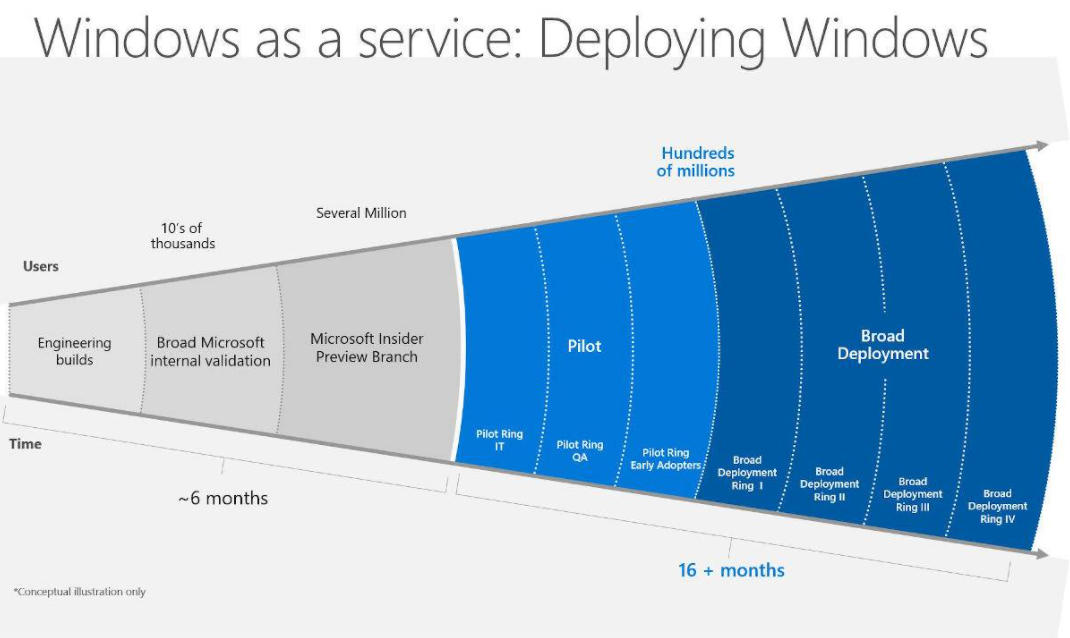 It painted well to begin with but this model has not worked and Microsoft has had to change it on the fly due to some versions that turned the updates into a disaster, due to the lack of software quality and the inability to perform the proper tests. Microsoft has been testing new strategies and cycles to address the issue and the situation has improved in recent releases, bringing back the “Service Pack” concept for the second annual update with the primary goal of improving performance and stability.

Windows Feature Experience Pack is another step towards this new strategy, but with relevant changes. To get started, is developed independently of the operating system itself. In theory, this means that these updates for certain applications and built-in features can be rolled out more frequently outside of the normal Windows release cycle.

This could make major Windows feature updates more efficient and easier to test, as they will focus only on core operating system functionality. In time, this could make Microsoft more agile in addressing bugs, just as it is currently doing with security patches and drivers.

We will see. Microsoft doesn’t exactly have a stellar track record when it comes to speedy updates or addressing the bugs that are inherent in the enormity of the ecosystem. Insider boss Brandon LeBlanc notes that at this time “only a limited number of features are being developed,” but the company expects to “expand the scope and frequency of releases in the future.” To receive this update, Insiders on the Beta Channel must have Windows 10H2 Build 19042.662 installed.

Hopefully, this Windows Feature Experience Pack will improve Windows 10 feature updates outside of the regular releases and generally the software quality of the system. Something very necessary.