Today’s the big day. At 5:00 p.m. (Spanish time), Microsoft will introduce Windows 11, the latest update of its well-known operating system, and one of the most important surprises so far this year, since, after the jump from said operating system to the service model, we were not clear that the Redmond giant was to renumber Windows.

The adoption of the service model, to the detriment of the product model, represented an important evolution. Microsoft Windows is no longer seen as a product to renew in relatively long periods of time, but rather as a software that is updated in short cycles, specifically every six months (semi-annual updates with new functions), and that is complemented with the classic security patches that continue to arrive monthly.

These semi-annual updates have been with us since the launch of Windows 10, and at no time have they affected the numbering of the operating system, that is, the original version of 2015 and the version updated to May 2021 are still called Windows 10. However, This will change with the update at the end of the year, scheduled for the months of October-November, since it will make said operating system renamed Windows 11.

Windows 11: What can we expect?

I want to start with a very important topic, your possible requirements. As we saw at the time in this article, the first leaked Windows 11 builds had very different requirements. At first, everything seemed to indicate that said operating system was going to be more demanding than Windows 10, since I was going to need 4 GB of RAM (2 GB in Windows 10 64-bit) and 50 GB of free space (32 GB in Windows 10 64-bit). However, another build was subsequently leaked that only required 2 GB of RAM, although it kept 50 GB of free space.

I think that Microsoft will most likely maintain, broadly speaking, requirements similar to those of Windows 10, including the 2 GB of RAM, but at the same time we may find small increases that, as we have already said, could affect, among other things, the space required to install Windows 11. I do not believe that Microsoft carries out exacerbated and meaningless impositions.

As for the new functions that Windows 11 could bring, the first thing we must be clear about is that this new version will introduce notable changes at the interface level. Thus, we will see an important transition in the direction that the defunct Windows 10X marked, something that will be noticed in such important elements as the taskbar, in some icons and in the start menu.

Sticking with the touch interface, a new leak suggests that Microsoft could introduce new gestures that facilitate interactions with touch devices based on Windows 11. There is no clear information yet, but it is assumed that these new gestures will be natively integrated into the operating system, and therefore will be easier for developers to take advantage of.

On the other hand, it is also expected a deep revamp of the app store, known as Microsoft Store, a change that is part of Microsoft’s “Cherry Hill” project, and includes the renewal of other important applications such as Groove Music, Photos, Mail and Calendar. Returning to the Microsoft Store, it will continue to support a wide variety of applications, including UWP, PWA and Win32.

Another important novelty, associated with the application store, is that it will be optimized to facilitate and simplify the download of very heavy content (games, applications, etc.). Developers will be able to directly publish their Win32 applications, unpackaged, on the official Microsoft store.

For the rest, it makes sense to think that, with Windows 11, Microsoft will take the opportunity to introduce performance, support, stability and security improvements. It will be interesting to see if this new update makes any positive difference in current games versus Windows 10. 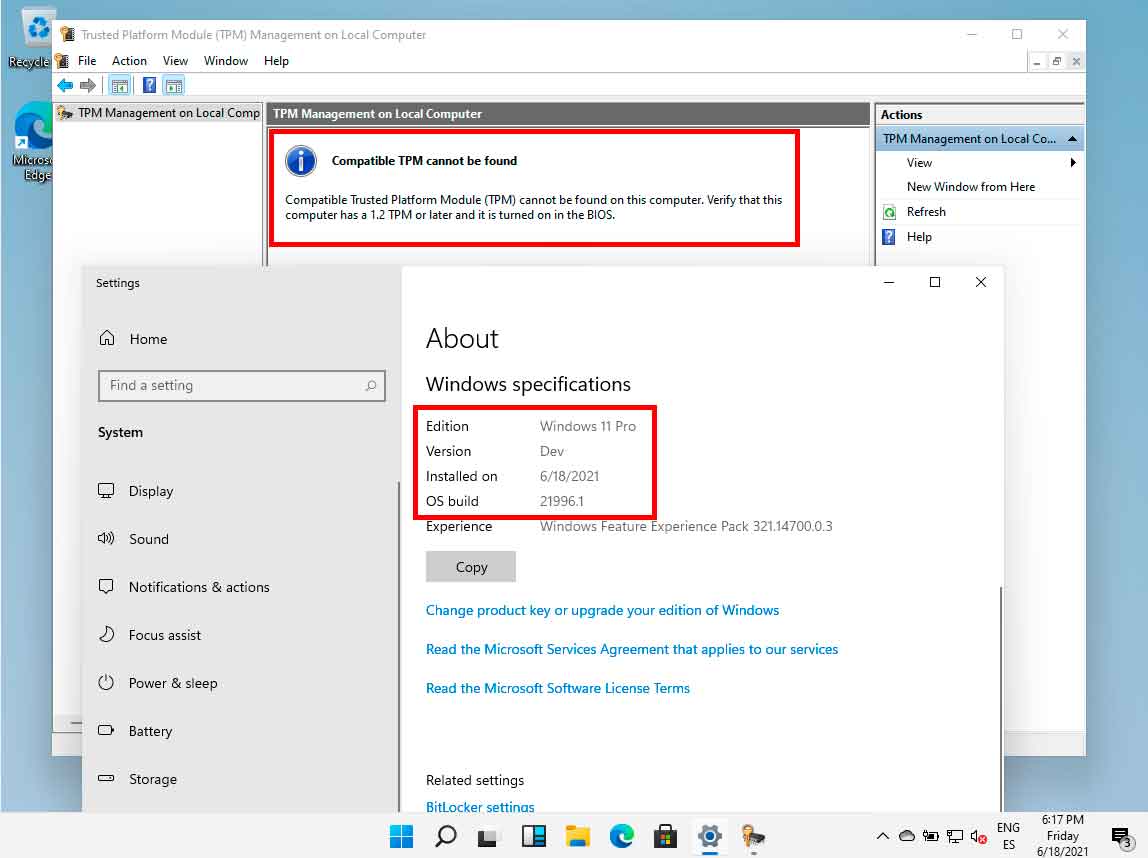 Windows 11 will be a free update

Both for Windows 10 users, who can update to this new version directly through Windows Update, and for those who have Windows 7 or Windows 8.1, and it is that, as our regular readers will know, it is still possible to upgrade to Windows 10 for free from these operating systems, and therefore it will also be possible to make the leap to Windows 11 without having to assume any expense.

This may change at some point, but considering that Microsoft is still interested in pushing the transition of users from Windows 7 and Windows 8.1 to Windows 10-Windows 11 I think it is unlikely, at least in the short and medium term.

This afternoon we will follow the Windows 11 presentation event, and we will tell you all the news so that you are aware of everything that this long-awaited update will offer that, as we anticipate, should reach the general channel later this year.