Windows 11 is now official. As we have been anticipating since Microsoft announced, a few weeks ago, an event in which they would tell us about the future of Windows 10 and even more so from certain clues. The announcement of the end date of Windows 10 support also helped, and as if all this were not enough, the leak of build 21996.1 last week, the first opportunity we had to see the face of the future Windows 11, confirmed it for us. And if there could be any doubt about whether that image was real, Microsoft has already confirmed it, even if it was not its intention.

Be that as it may, just a few minutes ago we saw Palos Panay, the head of Windows, has cleared up the few doubts that may remain in this regard and, as we have already told you this morning, he has confirmed that Windows 11 is already in way, in a somewhat emotional presentation, with many glances to the past, in which, however, they have not fallen short of the future either, because as Satya Nadella said almost at the close, Windows 11 is the first version of a new generation of Windows.

The first thing we have confirmed, although we already expected it, is the Windows 11 interface, which is the one we have already seen in the first images of the operating system, with the elements of the Start bar in the center of it (although it can be configured to return it to its original position) and with the redesign of the content of the Start button from build 21.996.1. However, there are some elements that we had not seen yet, but that will be there in the final version, and that are part of the news that we will find.

Regarding its interface, we find new icons, rounded edges, a certain reappearance of transparency … and a more than expected dark mode, something that a couple of years ago might seem like a passing fad, but over time it has been shown that it makes working with the PC much more comfortable, especially those who spend many hours a day in front of it. In my case, without going any further, whenever I can activate the dark mode in applications, webs, etc. 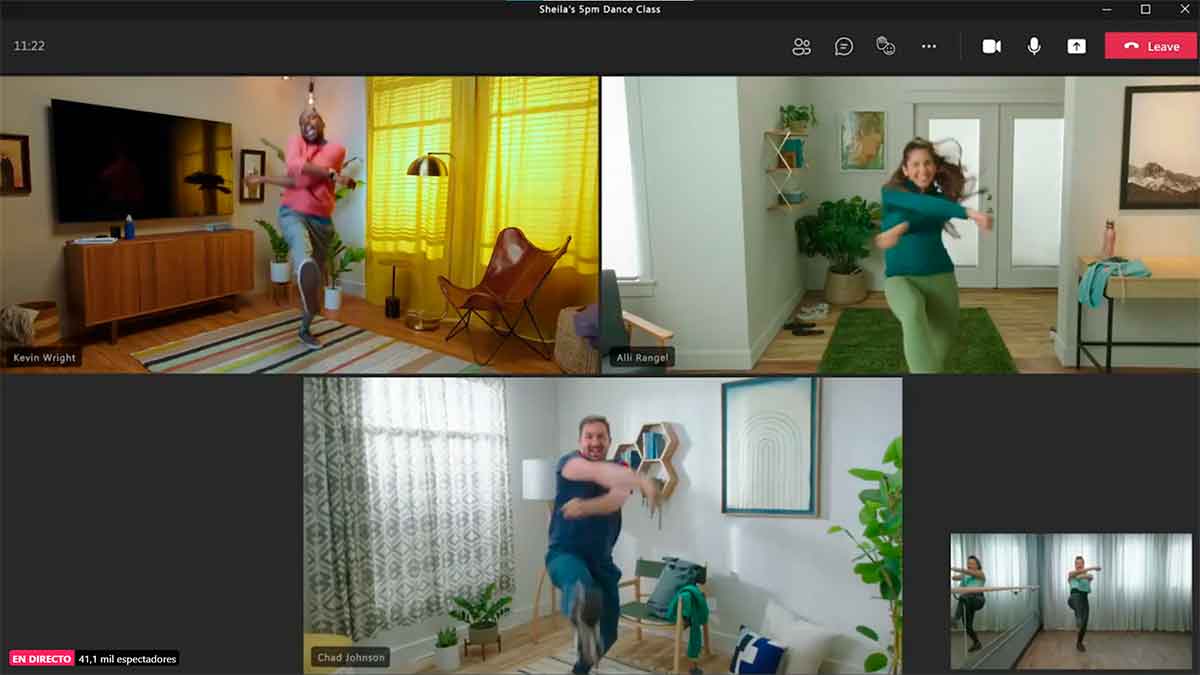 Surprises begin to appear when we look at the default components of the Start bar, and it is that in it we find some of the new features of Windows 11. The first of them, do you remember that yesterday we told you that Windows 11 would not include Skype for default? Well, as we already sensed and told yesterday, the new epicenter of communications through Windows will be Microsoft Teams, which will be automatically included in the new version of the operating system, and which can be used by both professionals and individuals. This announcement is interesting, just a few weeks after Google announced that Google Workspaces reached all Google accounts.

The next, and very interesting novelty in relation to the interface, are the Snap Layouts, which allow you to select a certain layout from several windows, in divisions of 1/2, 1/3 and 1/4, to work with two, three or four windows open at the same time. This will be especially useful on monitors with aspect ratios that go well beyond widescreen (such as some curved screens), as it will automate the adjustment of three full-height windows and one-third the width of the screen.

Another new feature in Windows 11, and one that will be especially useful for people who work with many applications, are snap groups, which are nothing more than layouts defined by the same user, with certain windows of various applications, and that we can save to recover with a simple click. This function improves especially when, for example, we connect a laptop to an external monitor, since Windows will remember what we had open on that desktop and can recover it automatically.

Another novelty, which may seem minor but that added to the previous ones is understood much better, is in Windows 11 each virtual desktop can have a different desktop background. Thus, if we combine this with the two previous functions, it is clear that Microsoft’s approach is the most interesting, because it happens because every desk is a workspace (or study, or leisure) totally personalized, with saved settings that we can quickly retrieve and at the click of a button. In my case, it is clear to me that the first custom space will be the one dedicated to Minecraft, and then, if anything, the work space.

Recently, with the help of Windows 10 21H1, we have seen the debut of News and Interests, an addition to the Start bar, located next to the systray, and which offers access to local information (weather, traffic, news, etc.). Well, this space will experience changes in Windows 11 with the advent of Windows Widgets, which will allow us to configure this section to our liking with the information we want, choosing and ordering the elements to our personal taste.

Here we find, without a doubt, one of the main novelties of Windows 11, and the ones that are giving more to talk about since its announcement. And it is that with the arrival of the next version of Windows it will also arrive a totally redesigned app store, and that at least in the first instance seems more attractive than the current one (which is not because it is bad, but it is true that it was already asking for a good redesign), in an effort more from Microsoft to attract more users to it. 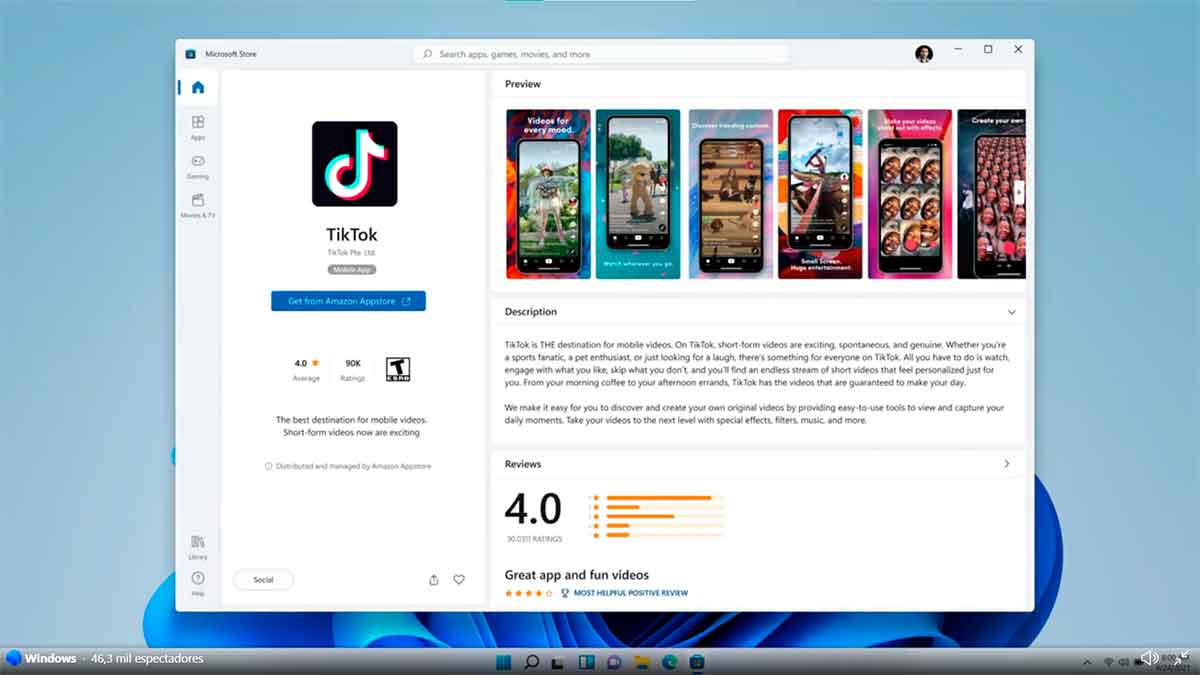 Now, the great novelty and the main asset of Microsoft to improve the popularity of its application store is not its new design, but thatand will include applications designed for Android. Yes, indeed, something long awaited, especially since the latest advances of My Phone in this regard, is that Windows 11 will be able to run Android binaries, and that it will no longer be necessary to have a smartphone with this operating system for this purpose, since we can download and install them directly from Windows.

This is not a big surprise, we actually already told you about Project Latte a few months ago, and the only thing that it asks developers to make their apps compatible with Windows 11 is that they package and distribute their apps in MSIX format. Obviously not all of them will work, especially those that employ very specific functions of Google services. However, and given the new scope that they can achieve thanks to this novelty, It can be understood that many will bet on taking the leap, and the proof of this is that the origin of said software will be the Amazon application store.

This does not mean, however, that the application store is going to put aside other formats to stay with MSIX, quite the contrary, and not to put doors to developers, will continue to support many other formatsFrom the most classic 32-bit (yes, no surprise, Windows 11 will maintain compatibility with 32-bit software) to the increasingly present PWAs. It is clear that Microsoft wants to open its store to everyone.

Another important novelty, and one that the developers will greatly appreciate, is that Microsoft has no intention of intervening in in-app purchases of the software to be distributed through your store. Thus, if an app has its own monetization platform (even if it is a link to its PayPal), 100% of the profits will go to the developer. A very interesting move, and it is hardly coincidental that it coincides in time with the trial between Apple and Epic Games.

Part of the presentation of WIndows 11 has been dedicated to games, with some interesting news. The most notable is, without a doubt, the advent of AutoHDR mode, something that we already expected a few months ago in Windows 10, but that is finally delayed until the launch of the future Windows. With this version, the representation of light and colors will be much more faithful to what the game developers intended, resulting in a much more pleasant visual experience. This is not a new technology for Microsoft, since in reality what it does is jump to Windows 11 from Xbox Series, where it is already used.

Another novelty, which will positively affect the performance of the gamess is Direct Storage API, an API that will allow direct access from the graphics card to the resources stored in the system, without the CPU having to intervene in these operations. This, at the same time, will free the processor of workload, and also will subtract time from the total employee from when an element is required by the graph until it can be accessed.

One of the talking points for the past few days regarding Windows 11 has to do with its technical requirements. These are the ones shown on the Microsoft website:

Additionally, by clicking on a link that shows an enlargement of them, yes we found an explicit reference to TPM 2.0, although it is true that, in it, it is stated that if all the requirements are not met, Windows 11 or some functions of it may not work. Which, as we said last week, continues to leave us with doubt.

Still, in the absence of confirming this point, if you wish you can download the Microsoft tool now to check if your computer is compatible with Windows 11. You just have to access this page, go down until you find the Prepare yourself section and, in it, you will find the link to download the application. 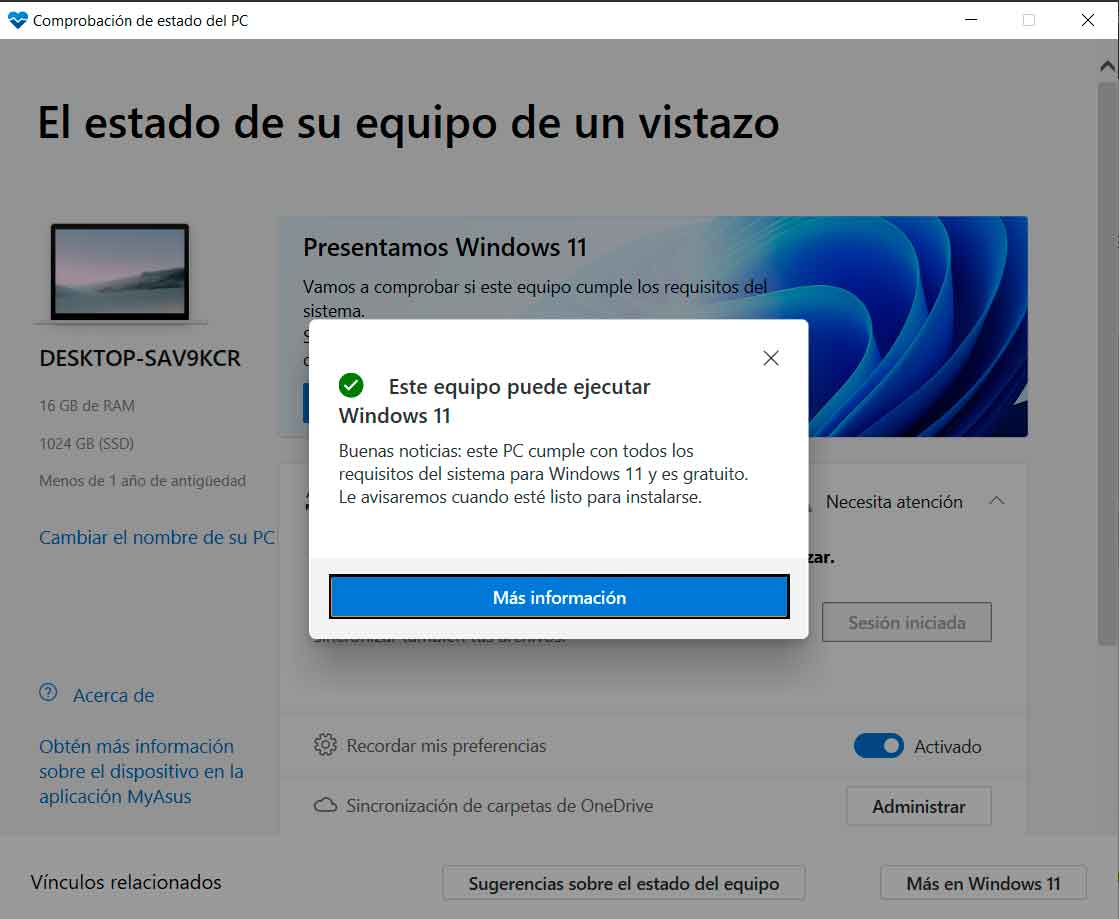 Regarding its price, although it has not yet been revealed how much it will cost to acquire a new license, we do know that upgrading to Windows 11 will be free from Windows 10, something that we could already expect, but that it is always good to confirm.

And something that did surprise me was the availability. And is that if we thought that we would say goodbye to the year with Sun Valley, it is possible that for some it is not like that. And, as we can read on the Microsoft website, “Windows 11 is not here yet, but will be available later this year”. It is not clear if at first, that is, by the end of the year, most likely around Christmas, it will only be found on new computers already equipped with it, or if some users will already be able to update their PC to eat the nougat with Windows 11, and the rest will have to wait in early 2022.

Be that as it may, we do see changes in Windows 11 compared to Windows 10, although it is undeniable that it is not a huge leap, as we have experienced with previous versions. Microsoft seems to have adopted a rather conservative position that, however, we can also relate to the fact that part of the changes are in the “guts” of the system, and that both Windows 11 in its evolution and Windows 12, start in this new version .