Today is – it is supposed – windows 11 big day. In a few hours the event begins in which Microsoft is expected to present its new operating system, but before doing so it is worth analyzing the current state of Windows 10, the version that has accompanied us in the last six years.

That state is remarkable in many ways, but not all. The big biannual updates have allowed us for example now to enjoy WSL and almost total integration of Linux in Windows, but at the same time have been making Windows 10 slower and slower. The data does not lie, but the funny thing is that probably none of us realize that this system is slower now than when it was launched in July 2015.

Windows 10 is slower on some things …

An analysis of the NTDev blog has served precisely to check the behavior of various sections of Windows 10 throughout its great editions.

The author has installed the most important builds of Windows 10: from the initial RTM (Build 10240) to which the great update of May 2020 (Build 19041) was integrated, going through the rest of the big biannual updates of these years.

From there the author studied all kinds of sections, such as the installation, startup, reboot, and shutdown times, which have been growing in most cases although some updates managed to alleviate those times. In any case, those times are today (except for the shutdown) clearly higher than the initial ones we had in 2015. 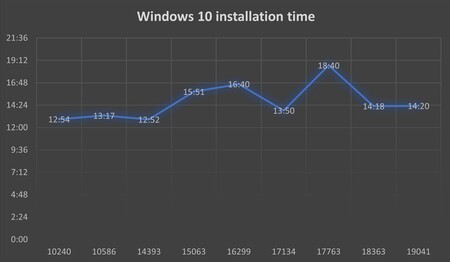 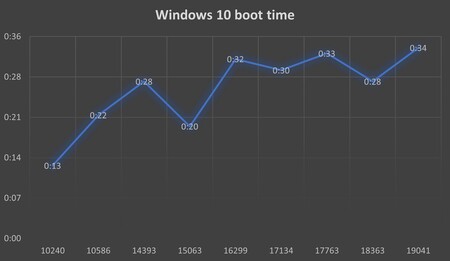 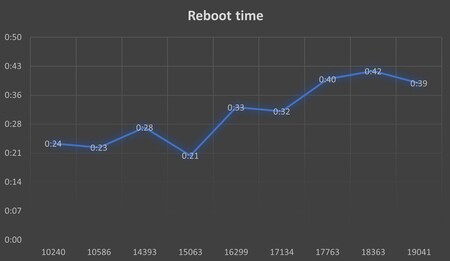 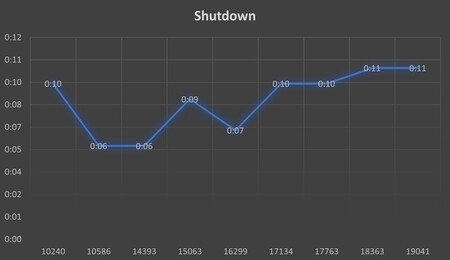 Those times have also gotten worse when we want to launch apps. This happens, for example, for conventional Win32 binary files, which allow us to maintain the legendary backward compatibility of Windows 10 and to run really old applications and games. The same is also true for UWP binaries that were intended to facilitate application development and allow the same executable to work on all types of devices. 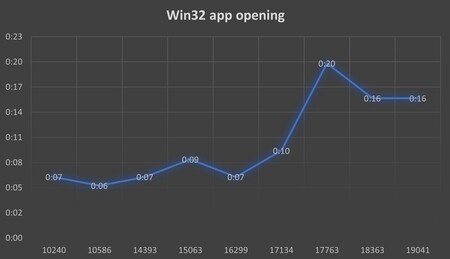 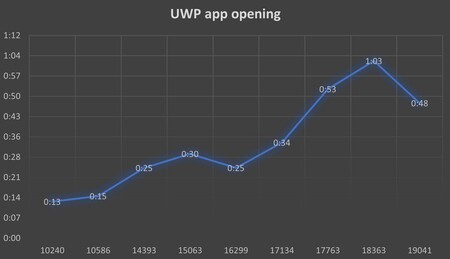 One of the most important applications of Windows 10 is the file explorer, and here something curious has happened: its behavior improved a lot in the first biennial updates, but version 1809 of Windows 10 (or what is the same, the update of October 2018, Redstone 5, Build 17763) made its behavior significantly worse. The thing has since relaxed, but the performance is still worse than the original. 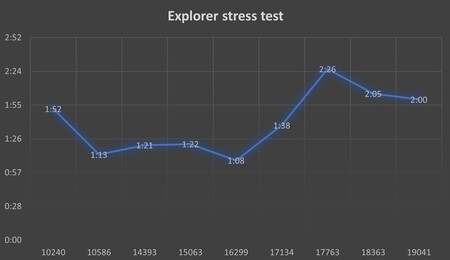 The analysis showed how in other cases the performance degradation was sensitive in other cases. Even so, although almost all the data revealed that in most cases Windows 10 behaves worse today than it did at its launch, it will be difficult for users to notice the difference in their day to day. 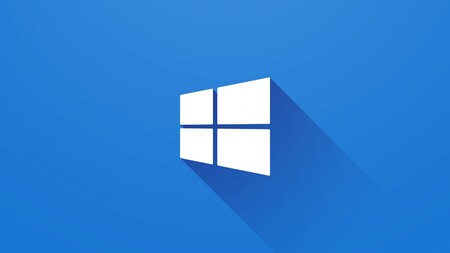 In fact those differences, although evident according to those data, are compensated by the fact that certainly every new major update to Windows 10 has come with major improvements in all kinds of sections.

We have mentioned WSL, but there are other relevant areas such as the launch of the new Microsoft Edge —which by the way, wins and convinces—, the integration with our telephone through “Your Telephone”, the visual changes —with the arrival, for example, of the dark and light modes— but also the arrival fantastic tools like Windows Terminal or the resurrection of PowerToys.

Considering that Windows 10 is now much more complete than when it was released, that there is some degradation in those times, although not especially desirable, it does not seem so bad with all those improvements. Clearly Windows 10 is not perfect, but its evolution, we believe, is positive in many respects.

Now, of course, it remains to be seen whether Windows 11 manages to reduce those times again and improve performance while offering us improvements that, hopefully, will solve those problems with which to achieve that new operating system be the best in Microsoft history.