The last Red Bull seasons have been disappointing and Mercedes has been out of reach. In 2020, correlation problems with the wind tunnel weighed down your results, will the same happen this year?

Uninterruptedly since 2013, the season in which Red Bull Racing was last crowned champion, the Austrian team has started the season with the poster of favorites and always disappointed, getting some victories but not really opting for the world title against an unattainable Mercedes team.

In 2020, with Honda already at a competitive level, the problem was a design flaw that caused the RB16 to be excessively unstable under braking and fast cornering. After an analysis phase, Red Bull understood that the problem was that the wind tunnel was giving wrong results.

“Part of the problem was the complexities of our wind tunnel, which has its limitations”

“We have worked very hard to understand why we had problems with correlation at the beginning of last year,” admits Christian Horner. When the season finally got underway, we saw that something was wrong compared to what our simulation tools were telling us, both the wind tunnel and other tools (the CFD).

“So we learned a lot during 2020. And of course the challenge now is to apply that in 2021. I think we gained a lot of understanding over the past year and I think part of the problem was the complexities of our wind tunnel, which has its limitations in some respects », says Horner

A tunnel from the 80s

Obviously, the Red Bull wind tunnel, located in the English town of Bedford, has been updated over time, but its origins date back to the 1980s, when the Ministry of Defence designed the construction of the first cement tunnel.

However, its expensive manufacture ended up causing the plans to be abandoned, until John barnard he discovered it during his time as an engineer at Ferrari. Before reaching an agreement for its use, the Briton left the Scuderia and went to Arrows, but both the F1 team and TWR (Tom Walkinshaw Racing, owner of the team) disappeared, inheriting the situation Jaguar Racing, which had entered the Formula 1 after buying Stewart Racing. 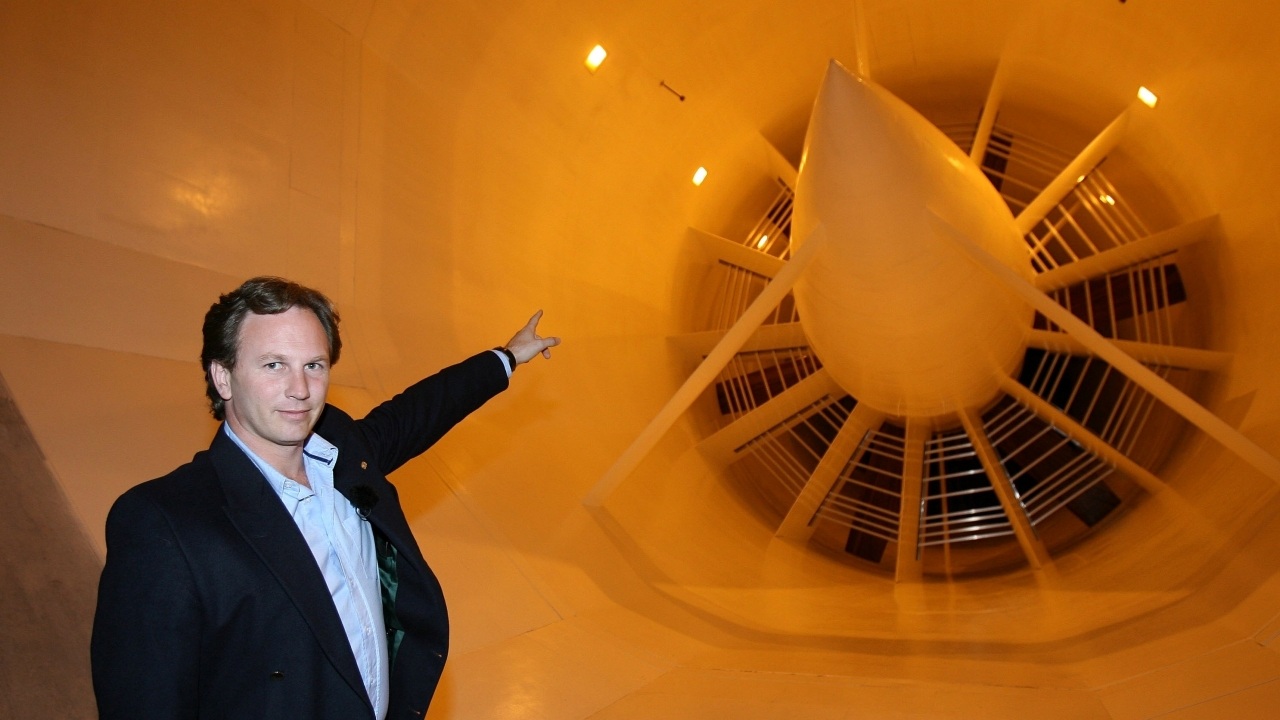 As we know, Jaguar was unsuccessful in Formula 1 and ended up selling the team to Red Bull, which with the help of Ben agathangelou modernized the wind tunnel and allowed Adrian Newey to realize his full potential and win four consecutive drivers ‘and constructors’ world titles between 2010 and 2013.

Now the Bedford wind tunnel, fit for a 60% scale And that AlphaTauri also uses to prepare the new car as a result of the 2022 technical regulations (his from Bicester only allows 50% models), has been somewhat out of date compared to that of its rivals, which has given Red Bull headaches in recent years.

“The inconsistencies arose from the fact that our wind tunnel, which is an older model, transmitted incorrect information with the wider car. This has been recognized and partially resolved, ”Helmut Marko noted this winter.

An in-depth look at the Red Bull Racing wind tunnel.

Much of the problem lies in the size of the tunnel. While other teams operate in facilities that can house scales 1: 1 of its cars (although the regulation only allows 60% models), Red Bull’s does not allow it and as the cars have gained in size, the proximity of the walls to the model has negatively altered the reliability of the results .

“I think we’re only going to know what kind of progress we’ve made once the races start,” admits Christian Horner of the 2021 car. “When something new is introduced to the car, it tends to stick. And of course, You no longer have the benefit of testing, so you have to test components on a Grand Prix circuit or in your virtual world ».

“We managed to recover throughout the 2020 season and of course that is what we will try to learn from as we head into the 2021 season,” he concludes.

Will the wind tunnel work properly and how much Max verstappen What Sergio ‘Checo’ Pérez they will dispute the world title to Mercedes. In just over a month we will begin to have answers to that question.