The saga ‘Pro Evolution Soccer’, better known as PES, takes a radical turn: it is renamed ‘eFootball’. In addition, as rumored, the Japanese company Konami has decided to bet on the format free-to-play, leaving behind the annual deliveries maintained by the FIFA franchise.

Thus, eFootball becomes a free digital game and will arrive on PS4, PS5, Xbox One and Series X / S and PC this fall, with a later release on iOS and Android, as published by the IGN portal.

Messi is the main claim of the new Konami video game.

This is a big change for the franchise, which aims to adopt a game-as-a-service approach with regular updates. According to the aforementioned medium, eFootball will debut this fall with a selection of 9 clubs and exhibition matches.

Subsequently, eFootball will sell the rest of the modes as paid DLC. However, the company promises that the monetization of eFootball will be “fair and balanced” for all players. 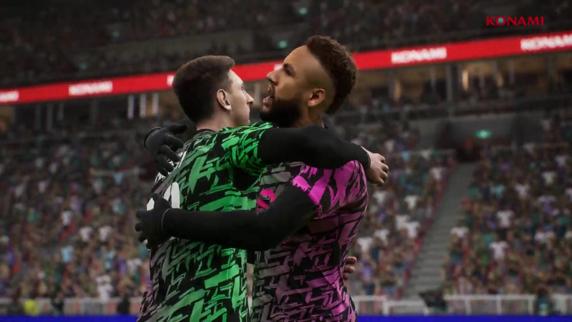 Messi and Neymar star in the first trailer for Konami’s new video game.

Other novelties of the delivery of ‘eFootball is a new graphics engine Unreal Engine 4 and the game movement in addition to the use of “Motion Match” technology, with the idea that there is a stronger experience in the 1 against 1 between players.

Konami will offer more details of this new ‘eFootball’ in August in which we will be able to learn more information about its playability, online modes and its free-to-play proposal.