In the Middle Ages, stuffed crocodiles, snakes or whale remains were part of the decoration of churches in Europe.

In addition to statues of saints, paintings or sculptures with Marian themes and biblical scenes, the churches of the Middle Ages had within them an element that is rare in our days: giant reptiles.

In different regions of Spain, France and Italy, the presence of crocodiles hanging from the main nave, exposed to one side of the main altar in glass cabinets or embedded in the wall, it was a common image for believers, but …

Why were lizards hanging in churches and where did they come from? 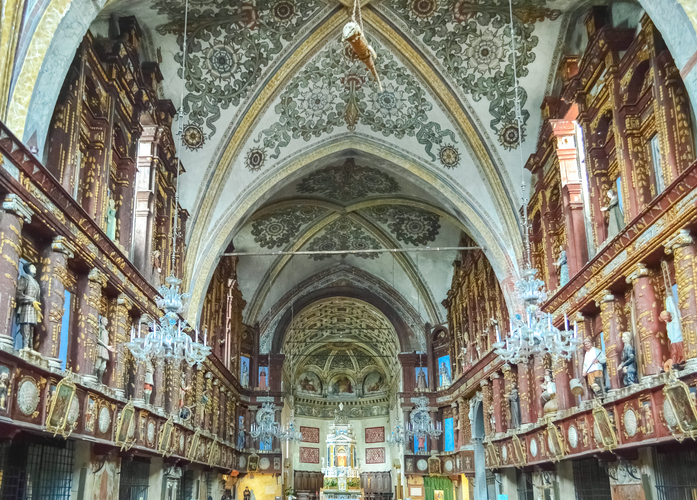 The most popular theory indicates that the crocodiles and other reptiles hung on medieval temples are related to the meaning they had for Christian thought.

Crocodiles, snakes and other reptiles (real or mythological) embody the fight of good against evil in Christian mythology. The references of snakes as representation of sin They appear from Genesis in the Bible and are part of a tradition that considers reptiles as an incarnation of Satan.

For Europeans, the crocodile was a exotic animal, only accessible by crossing the Mediterranean in Africa or Asia. Legends of giant crocodiles that besieged the Nile and were revered by distant cultures added to the fierce and unforgiving image of this animal.

In the 9th century, the legend of Saint George and the Dragon it became famous throughout Europe, a clear allegory to the struggle of the Catholic Church against paganism, heresy and evil. This fact may have motivated the growing custom of hang stuffed lizards in the temples, as an analogy of the triumph of the good and the defeat of the devil within the churches. 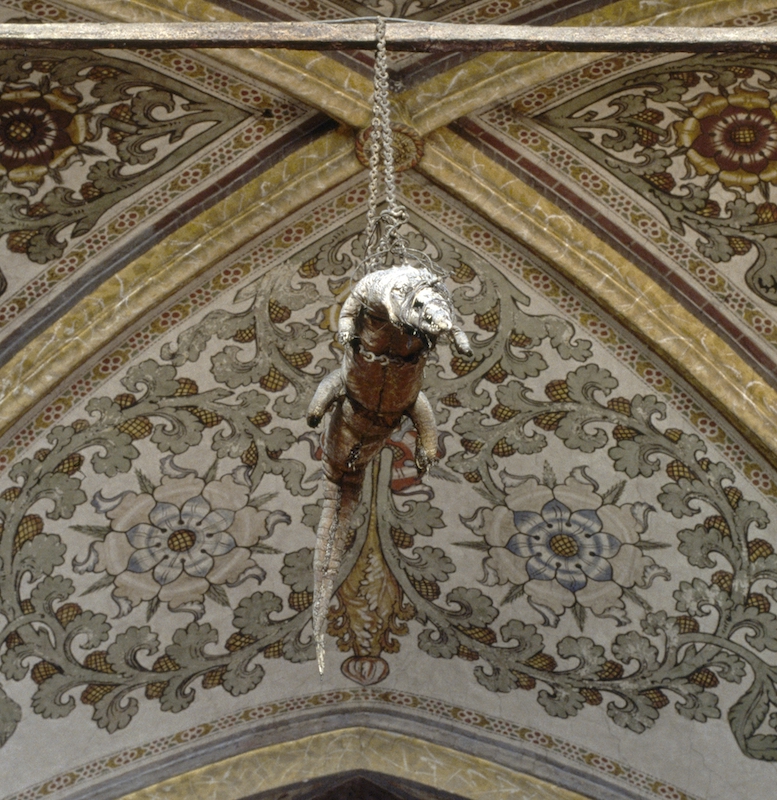 A different version claims that during the Middle Ages, Europeans believed that crocodiles were incapable of producing any sound. This permanent silence, coupled with his ability to move stealthily in any condition may have inspired his figure as a guide to the exemplary behavior within a church.

Most of the specimens were taken to Spain, Italy and France from Egypt and at a late time during the 16th century, some alligators were imported from America as votive offerings of expeditions that had fought against these animals in the ‘New World’ and had brought them back as a symbol of gratitude after leaving an encounter with them well.

In Italy, the Church of Santa María de Gracia in Mantua still preserves a stuffed crocodile that hangs from the top of its vault, while in Spain, the same image is repeated in the Cathedral of Seville and the Parroquia de San Ginés, in Madrid. In temples of Castilla y León, Catalonia and other Spanish provinces it is also possible to find specimens as a reminder of the symbolic representation of reptiles during the Middle Ages.

Crocodiles at the bottom of the sea, marine delicacy