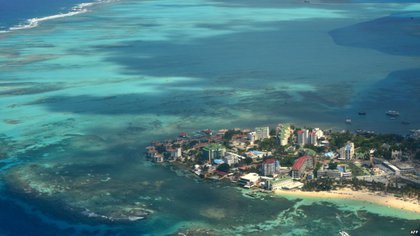 Aerial view of the island of San Andrés. File photo.

In 1985, the island of San Andrés had about 42,000 inhabitants. At that time, there was already talk of a possible overcrowding in case the necessary measures were not taken, which is why, six years later, through Decree 2762 of 1991, the rights of movement and residence began to be regulated throughout the country. archipelago, that is, also on the islands of Providencia and Santa Catalina. Who put the signature on the paper was former president César Gaviria.

Thirty-two years later, that is, in 2017, the demographic indicators of the Government of San Andrés showed that the forecasts of the 1980s were correct: the department was already inhabited by 77,759 people. And they could have been even more, since decree 2762, to a certain extent, contributed to the fact that more people did not arrive in the archipelago, since living far from the chaos of the big Colombian cities is still the dream of some.

Thanks to the aforementioned decree, the San Andrés Office of Control, Circulation and Residence (Occre) was created, with which, with some exceptions, any Colombian citizen or foreigner is prevented from staying permanently on the paradisiacal islands of the archipelago. Although, according to this body, in 2017, there were 30,000 citizens residing there illegally. How they did it? They arrived as tourists and, despite the time limit of their stay, they mocked the authorities. 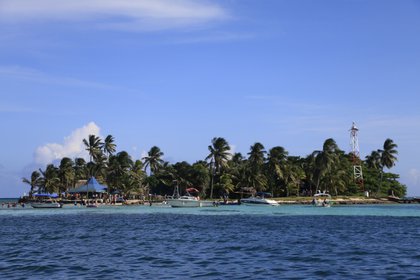 For this reason, when visiting the island, at the Gustavo Rojas Pinilla airport, members of the Occre verify that the data provided by tourists is true: the hotel is called to inquire that there are already paid reservations. In the event that the accommodation is in a family home, the tourist’s family member has to sign a letter in which he undertakes to let him stay in his home only until the date on which he agreed to leave.

Due to this control by the Occre, travelers in San Andrés must pay a fee to enter the island, which in 2020 is $ 116,800, although it increases each year. Said payment gives the tourist the possibility of vacationing for a period of no more than 15 days. The budget collected by the Government from the payment of the Tourism Card, as it is known, is allocated 75% for social projects of the resident community and 25% for tourism infrastructure.

Through its website, Occre makes eight cards available to the public through which you can reside on the island: for people over seven years old, investors, real estate, independent, born, not born in San Andrés, temporary for work and temporary activities due to coexistence.

The residence card for raizales applies to those born or not on the island, while the temporary one for work activities must be completed by the employer. As for the coexistence, it occurs, for example, in the case of a marriage between a Raizal with a foreigner.

For more information on issuing the cards, you can click here.