Yesterday Apple announced the arrival of high definition music to Apple Music. Users of this service could enjoy it at no added cost, just like that. Amazon responded immediately and advertised that their music in HD and Ultra HD quality no longer had additional cost. So, for good too.

That, of course, leaves the competition touched. Not to Tidal, which focused its offer exclusively on that section, but above all to Spotify, which unlike Apple and Amazon lives only on its music streaming service and you have to look for your profitability there. Apple and Amazon can “give away” HD music because they actually make (a lot) of money from the rest of their ecosystem. You move, Spotify.

I don’t give a damn about music, I already earn money with a lot of other things

Spotify has a problem: You cannot compete on equal terms. Not when they only make money from streaming music. Their entire strategy is based on that, and there are no products or ecosystem beyond that bet. 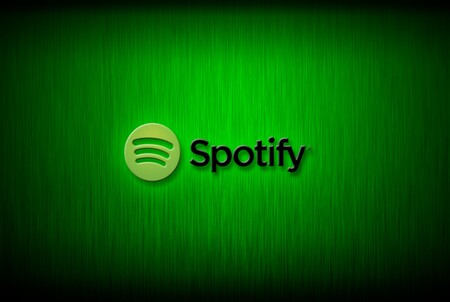 Amazon and Apple, on the other hand, they can throw the prices of their streaming services and take those “losses”: They already make a lot of money with the rest of their products and services.

While one conquers you with its services and its store, the other does so with a hardware ecosystem that does not stop growing and that is the envy of its competitors. Spotify has it raw if it wants to compete, because uncompressed music requires spending more resources to distribute it (It takes up more and it is necessary to transmit much more data).

Let’s see how Amazon and Apple have managed to include those music catalogs without compression for the good and without raising prices.

Amazon and a cloud that surrounds us more and more

In the case of Amazon, the proposal is somewhat more diffuse, and its audio ecosystem is not as powerful as Apple’s. They have their Echo family of smart speakers, and although the latest Echos win in sound quality and we also have the Echo Studios as competitors in that somewhat more ambitious field, the company has hardly any presence in the field of wireless headphones: You have your Echo Buds and your revamped Echo Buds 2, yes, but the popularity of these models is very low-key. 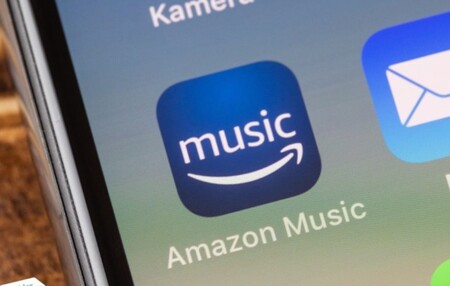 That doesn’t matter much: Amazon does not stop making money with AWS and, of course, with its e-commerce platform: the pandemic has made us buy more than ever online, and it is evident that the Amazon store has come out of this need strengthened. They were already unstoppable in 2020, and it does not seem that they will be less so in 2021 in this section, although in others there are certain shadows.

In fact, Amazon has long been adding more and more value to Prime subscriptions. The more than 200 million subscribers around the world benefit not only from free shipping in record time, but also from having Amazon Prime Video at their disposal – which is not bad at all. but also access to Prime Music, Prime Reading or even Amazon Photos, which has become a very interesting alternative to Google Photos.

You have to be careful when it comes to Prime Music: the service included in the Amazon Prime subscription is just a limited and free entry point to the Amazon music streaming platform. A kind of “trial version” of what your real bet is, that service called Amazon Music Unlimited which is the one that now offers uncompressed and high definition music as part of its offer.

Yet it is clear that Amazon’s value proposition is spectacular, and its income “from its other things” is so spectacular that have no problem “giving away” HD music as part of their Amazon Music Unlimited service.

It is not necessary to raise the price, because here the objective is get more and more subscribers for a service that is ultimately part of that “I have (almost) everything at Amazon” ecosystem of services. That did not happen so much before, but in terms of entertainment and digital content it is certainly happening more and more.

If things are half clear for Amazon, imagine for Apple, a company that knows very well how to create walled gardens. Beautiful and spectacular gardens, where everything usually works like a fairytale. Sometimes not so much, of course: that one is not going to be able to listen to lossless music on their AirPods or on their AirPods Max is a bit of a drag.

But of course, Apple will already have the solution in mind: surely they will soon release a new version of the AirPods and another of the AirPods Max that you hear, it does support the codecs that are used in that music without compression. And since they do, everyone with Apple Music will want them, thus feeding back that vicious circle that is generated between the AirPods and Apple Music.

Yes, you can enjoy Apple Music lossless music on other devices, but what is clear is that Apple makes a two-way move here. On the one hand, he punches Spotify and takes revenge (“Oh sorry, are you the one who was suing me in the US and in the European Union? I hadn’t realized it”), and on the other hand, it reinforces a service with which it will not generate more income directly, but with which It will do it (wildly) indirectly.

For all that, Apple does not need to increase the price of Apple Music now that it includes uncompressed music. So that? Once again that will be another of the many excuses to “hunt” more users and trap them in a walled garden that is now also lossless. There is nothing.