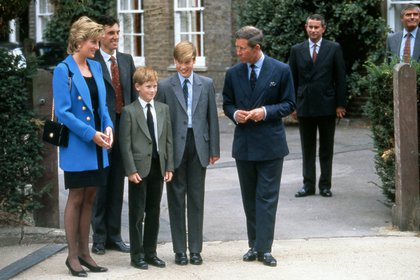 Prince William celebrated the BBC investigation into the controversial interview with his mother, Diana Spencer

Friday will be the 25th anniversary of the broadcast of the cataloged “interview of the century”, in which the Princess Diana of Wales he was honest with the journalist Martin Bashir, which caused the intervention of Isabel II, who ordered the divorce of her son Carlos from Lady Di, which took place on August 28, 1996.

On November 20, 1995, nearly 23 million viewers tuned in to the BBC to see Princess Diana bare her soul about her failed marriage to Prince Charles and about the heir to the throne’s adventure with Camilla Parker Bowles. “There were three of us in this marriage, so it was a bit crowded”the late princess told Bashir, who is also the author of “Living with Michael Jackson,” the famous documentary that forever ruined the King of Pop’s reputation.

At that meeting for the “Panorama” program, Diana spencer He left no topic untouched, spoke of his life, before and during his marriage, and after his separation from the Prince of Wales, in 1992, after a failed relationship of ten years; They married in 1981 after six dates and Diana was 19 years old. A month after the transmission of the interview that the world was talking about, Elizabeth II sent a letter to Carlos and Diana asking them to put an end to this situation and get divorced.

Now, 25 years later, Bashir and the BBC itself are in deep trouble from the interview that rocked Buckingham Palace. The journalist is being accused of getting that scoop by making Diana believe the Secret Service was eavesdropping on her private conversations and also using fake bank account statements to get her brother, Charles Spencer, to help close the interview.

Charles Spencer himself claimed that he agreed to the meeting between his sister and Bashir after the journalist used “purely dishonest” tactics.

Lady Di: “There were three of us in the marriage, it was a bit crowded”

The count claimed that in order to obtain this exclusive explosive, Bashir showed him bank statements – which turned out to be false – to prove that the security services paid two people to spy on Diana. “If I hadn’t seen these statements, I would never have introduced Bashir to my sister,” wrote in a letter to the BBC.

The accusations contradict an investigation that the BBC carried out a year after that conversation, because the network’s own executives were concerned about how Bashir – who has not yet commented on these accusations – had gained the trust of the mother of the princes William and Harry.

But after the earl’s public accusations and the uproar in the UK, the BBC announced on Wednesday that it had appointed a former Supreme Court judge, John Dyson, to carry out an external investigation after the outlet was released. accused of using unethical tactics to secure Diana’s television appearance. 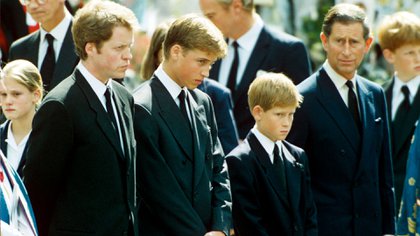 Charle Spencer, Diana’s brother, with Charles of England and Princes William and Harry at Diana’s funeral on September 6, 1997 (Shutterstock)

Amid the scandal, Prince Wiliam welcomed the start of an investigation into how Bashir obtained the shocking interview with his mother.

According to the tabloid Daily Mail, the eldest son of Charles of England spent the last fifteen days in contact with the BBC to make sure they hired a superior judge who will “establish the truth” about Bashir’s interview with Princess Diana. 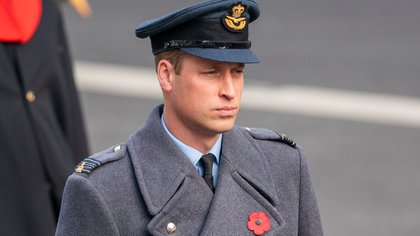 Prince William supported the BBC’s investigation into the controversial 1995 “Panorama” interview with his mother, Princess Diana (.)

“This independent investigation is a step in the right direction”Said the Duke of Cambridge, second in line to the British throne, in a statement released by Kensington Palace on Wednesday night. “It should help establish the truth behind the actions that led to the interview of Panorama and the decisions made by those who were at the BBC at the time”He added.

The investigation will examine Bashir’s conduct, which this interview propelled internationally, and examine the “Alleged bank records” that he presented to Diana’s brother. He will also look closely at whether the BBC was aware of his actions and knowingly protected him.