It was not until 1984 that a production car would break the barrier of 300 km / h. It was the Ferrari 288 GTO. Almost two decades later, the Bugatti Veyron was consolidated in 2005 as the fastest car in the world, with a tip of 407 km / h. In the last five years we have seen several manufacturers surpass that mark, but, unofficially, Bugatti maintains the title with the Chiron Super Sport 300+ and its 490 km / h.

And we say unofficially and not officially because, in reality, the record car was a pre-production prototype, even if it was verified by the TÜV. The production version, according to Bugatti, is only “technically and visually inspired by the record vehicle.” And, in addition to not being a production vehicle, the record was only made in a one-way race. That leaves us so, to date, the Koengsegg Agera RS remains with the crown of the “fastest car in the world” thanks to its 447 km / h achieved in 2017.

Humanity’s lust for speed is the reason supercars exist. That is why the automotive industry has never stopped planning and development of better and faster cars. In recent years, a handful of companies have finally been able to design and manufacture road legal cars that could exceed the 400 km / h mark, but by looking at the pace at which technology has been advancing along 21st century, it is surprising that 500 km / h have not yet been reached. 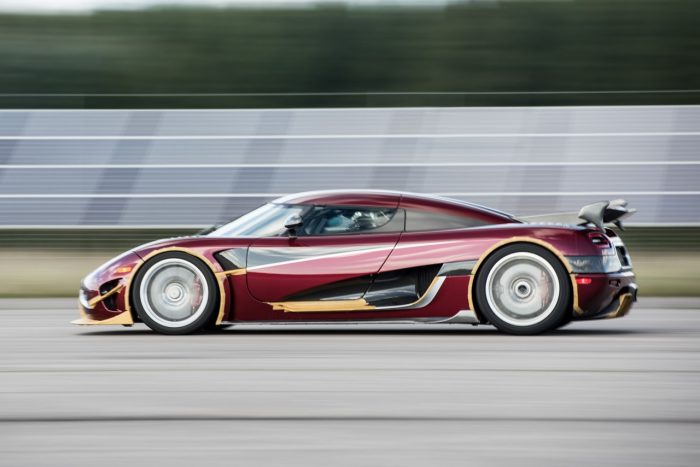 When it comes to breaking speed records, one of the biggest challenges designers and engineers face is the aerodynamics of the whole package. Air behaves differently at different speeds and changes its flow taking uneven routes on the body as the numbers on the speedometer increase more and more. Because power matters, and a lot, but the way in which the body resists the force of the air influences how each CV and each newton-meter is used.

This means that a car that has to be specifically designed to be driven at those speeds, and this often results in a lack of performance on the track and in corners, as the downforce required to cope with the latter creates even more drag. . Another critical factor for design is the fact that said resistance increases exponentially, resulting in the vehicle fighting a squared amount of energy for each additional km / h of speed it gains.

The amount of energy required to push a car to reach 500 km / h is not only determined by the size of the engine, but also by the amount of air and fuel entering the combustion chambers, the speed of rotation of the block and thousands of other details that go into the equation of absurd figures. To reach record speeds, Engineers must also look for the thruster to be reliable and that it does not break under all the pressure, where the quality of the parts that compose it is more than crucial. 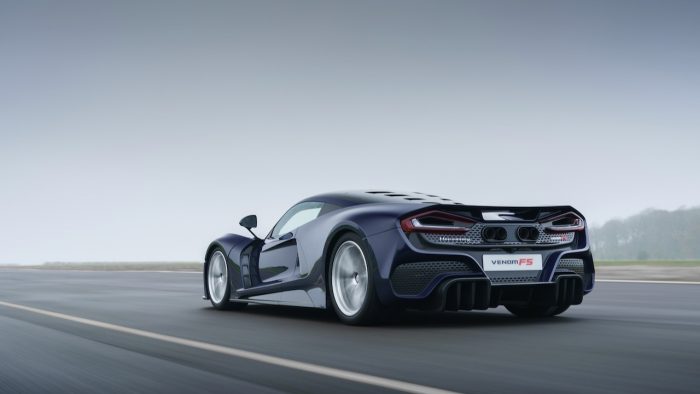 Take the 1,842 hp Hennessey Venom F5 for example. Its powertrain gives us a perspective on how the American firm decided to approach the manufacture of its record-breaking machine. The motor 6.6-liter biturbo V8 used in the Venom F5 can reach 8,600 rpmwhile, on the other hand, the engine 8.0-liter W16 quadturbo used in the Bugatti Chiron has the red line located on 6,000 rpm. The smaller engine, which spins faster, makes up for the difference in both displacement and number of cylinders.

Now, all the science surrounding the concepts of power and aerodynamics just mentioned means nothing if there are no adequate means to secure the vehicle to the ground. The tiresare the only points of contact between the machine and the road surface, making them one of the most vital parts of any performance-oriented design. A normal tire does not have the ability to withstand rolling resistance force (around seven tons) at speeds like 500 km / h. 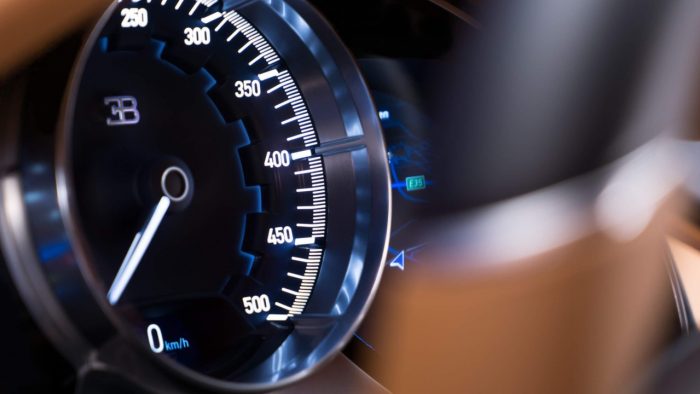 While surpassing this mark will be a breakthrough for the auto industry, we know the next car to do so is coming soon. However, the further we get into the realms of speed, the harder it becomes for the artificial machines to go faster. No one really knows what the limit is when it comes to gas- and / or electric-guzzling vehicles that are legal on public roads, but we do know for sure that ambition and enthusiasm to be faster are part of an infinite wheel.