Children do not seem to be too affected by Covid-19 and although it is true that in some cases, the disease has developed seriously and has even led to other health problems, such as multisystem inflammatory syndrome or MS-C, a new A study conducted in Australia has now revealed why children often do not develop severe forms of Covid-19. 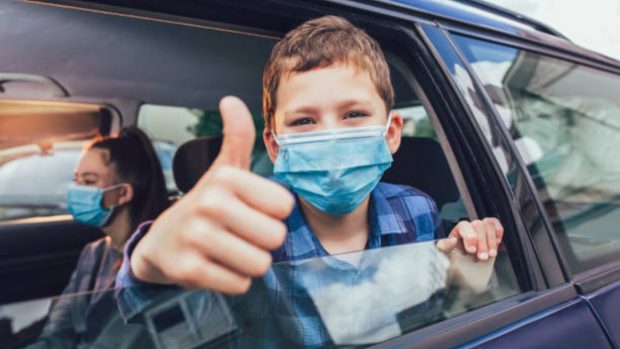 The Children’s immune system may reject Covid-19 without “become infected”, which is why the virus affects adults and children so differently, just as has explained a study recently published in “Nature Communications”, conducted by a team of 30 researchers led by the Murdoch Children’s Research Institute of Melbourne, who strictly monitored the immune system of a family with three young children for a month.

The study has given an explanation to why most children and young people who test positive for Coronavirus tend to be asymptomatic or paucisymptomatic, that is, they present mild symptoms.

Why the immune system of children rejects Covid without becoming infected

Many are the studies that have been carried out since the pandemic began that have given the odd answer to why children seem to be infected in a milder form of Covid-19, however, this new study has wanted to compare how the disease affects not only children but also adults, so that has examined and monitored a family consisting of a father, a mother and three young children.

In particular, the scientists focused on his immune system by analyzing the family and all its members. Specifically, the pair of parents had attended a wedding without their three children at the beginning of March 2020. After 3 days they returned home to Melbourne and developed symptoms. After a week, both adults tested positive al hyssop, as did other people who had attended the event.

The researchers focused on samples of blood, urine, and saliva taken from the nose and throat of all family members every two or three days. All three children were tested four times, always negative for Covdi-19. All this despite repeated exposure to the virus through shared services and frequent close contacts such as hugs and kisses with parents.

In this regard, the pediatrician in charge of the study, Shidan Tosif, commented that “All three children had salivary antibodies against the virus.” This means that the immune system had “rejected the virus without being infected and had had an immune response.”

“This is a first step in a really in-depth study of the immune system of children to determine which components can respond to the virus,” adds Tosif.

‘The fact that these children were able to suppress the virus without even having a positive test result suggests that have the immune system capable of responding and dealing effectively with the virus».

Y concludes: ‘What we want to know is whether this happens even more broadly. It would be important to know if there are a large number of children who have had an immune response but have suppressed the virus in a completely invisible way.