Spain has just finalized the details to acquire another 96.01 million doses of Pfizer. Namely, enough to vaccinate the entire population of the country again (and that there are more than a million doses left). A few days ago, the agreement for 15 million extra doses of Moderna was also closed. In euros, and only counting on these latest purchases, they are more than 2,000 million. Makes sense?

In other words, there are already 24 million people (more than half of the population) with an administered dose and more than 15 (33%) with the full regimen. In September, Spain had already committed 136 million vaccines and, at that time, it made sense to close all possible agreements. We did not know what would happen to many of the vaccines that were in development and it was reasonable not to put all the eggs in the same basket. But what now? Why are we buying millions of doses? What are they needed for?

LESS than 100 DAYS for GROUP IMMUNITY: Towards a FUTURE without PANDEMIC 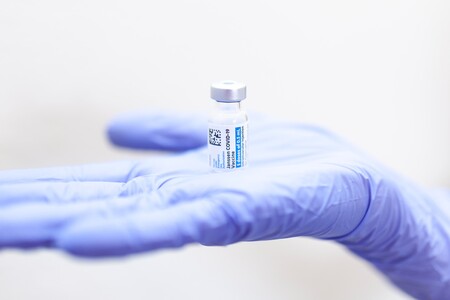 When we ask ourselves this question, the first thing that strikes us is the difficulty in obtaining clear answers about the ins and outs of vaccines. Not only is it that the contracts between administrations and pharmaceutical companies are confidential, it is that everything that involves these negotiations is mired in the most absolute secrecy. This is important because it implies that, at the official level, there are no clear answers about the destination and usefulness of these doses.

And it is a problem that goes far beyond our borders. Generally speaking, Spain is not doing anything new. As in the last months, is taking over the part (10%) of the amounts agreed by the European Commission. In other words, the enormous quantities of vaccines are not an eccentricity of the Ministry of Health, but are part of the general strategy of the European Union. It is true that countries can get out of it (Hungary, for example, rejected the 20 million Pfizer vaccines that corresponded to them in this last contract), but this is not the case in Spain.

Then, What role do these multi-year contracts play in the European vaccination strategy? Is it already taken for granted that booster doses will be needed or is there another reason? According to sources close to the Ministry of Health, the main problem that these contracts try to solve is to ensure the supply of vaccines against the different scenarios that may occur in the coming years.

Because, although the need for more booster doses is something that is on the table (and that pharmaceutical companies have been trying to sneak into public discourse for months), there are more scenarios where new vaccines might be needed. There is talk of “European vaccine diplomacy”, but the most obvious is the appearance of a variant of SARS-CoV-2 with “vaccine escape”; that is, a variant for which current vaccines are not effective.

In short, millions of doses are not being bought, the industrial and logistical capacity is being bought to face the scenarios that may arise

It should not be forgotten that, despite the fact that the pandemic is losing space in newspapers and television news, still active in most of the world. Brazil, without going any further, is making historical numbers of infected these days. While the virus roams the world at ease, the possibility of a mutation surprising us is still there.

And this is precisely one of the reasons why the European Union would be closing agreements several years from now. If all goes well, it is very likely that it will end up being a superfluous expense, but if the pandemic has taught European administrations anything, it is that the epidemiological chaos is full of superfluous expenses that we decided not to make at the time. The real problem is that, without having access to contracts and contingency plans, it is very difficult to control them: in one of the great moments of contemporary science, it all becomes a matter of faith.