After decades of sculptural, architectural and artistic development, Michelangelo set all his workshop work on fire at age 88.

Miguel Ángel Buonarroti did not want anyone to see his drawings. The collection of his personal use was completely prohibited for his students and workers in the study. For him, the creative process of artists was a completely private matter, inaccessible to the eyes of the public. That was what the final work was for. Sullen, haughty and often angry, the Renaissance master he did not allow anyone to approach his personal work.

After decades of constant art production, it took an unexpected deliberation. At age 88, he decided that any trace of his unfinished works would have to be eradicated off the face of the Earth, so that no one could see them. Drawings, test books, models, wax studies. Everything was lost under the fire of an indomitable pyre. Almost 5 centuries later, there could be evidence why he did it.

Years of work turned to ashes

The very few jobs that were saved from that wildfire have been distributed among the great museum institutions of Europe. However, during his mature artistic years, the Renaissance master decided not to show his preliminary designs to anyone. His studio was a private territory, which has reverberated as an ominous space from his profile as a historical icon.

Miguel Ángel was clear that, if there was any evidence of his creative process, the magnificence of the finished pieces would lose some of their halo of perfection. The reason is simple: part of the human trial and error process required to carry out projects of this magnitude. For this reason, his sketchbooks, studies, and other attempts at final work were destroyed.

Despite the fact that, as The New York Times suggests, the artist ” believed that sculpture was the supreme art“His preliminary designs for marble pieces were not the only ones that he had burned. On the contrary, his original architectural calculations and painting tests made the pyre even larger. Thus, years of work and effort were reduced to ashes. 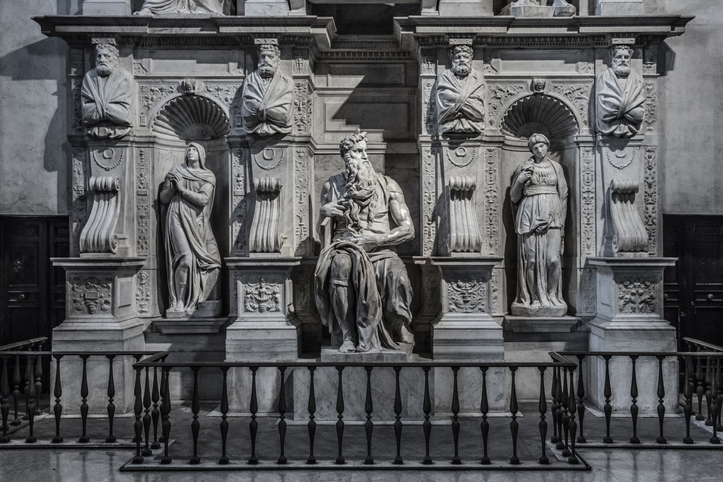 Few traces remain of Michelangelo’s personal notebooks. The evidence is in the details. There are certain lines that, according to the scholars of his life and work, reveal that only he could have carried them out. The worship of the male body and the dramatization of the human movement are among the recognizable elements. However, they do not rule out the possibility that they belong to some apprentice well versed in the ways of his master.

Although the possibility is always there, there are designs that unquestionably make allusion to works that did end in life. What we have left is a tiny fraction — perhaps a negligible one — of all the work that he had set ablaze in two huge bonfires, somewhere in Rome, at the age of 88. A similar precedent in 1518, in which he burned his original drawings, suggests the same fate of all your dirty jobs.

The almost fetishistic need to find out the creative process of the Florentine master is not new. On the contrary, in the few remaining handwritten letters he is fury at nobles who wanted to buy his drawings. On one occasion, he replied to his father that he would have all the works on paper burned, to prevent them “from being seen by outsiders.” That intention accompanied him until his last years, when it finally materialized.

We suggest: A painting by Titian was forgotten for more than a century forgotten, despite being on display

Embers of a Deeper Fire 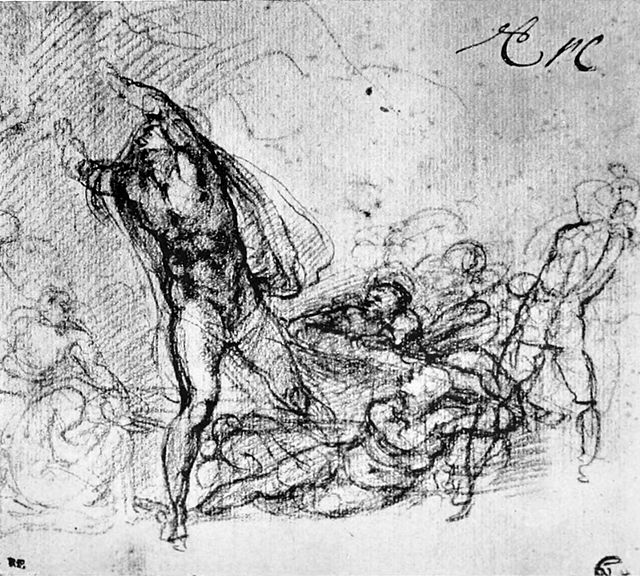 La Piedad, El David, the Sistine Chapel. There are no plans, designs, or sketches on paper. Any. Miguel Ángel managed to make his image go untouched into history, like that divine shine that surrounds the things that they seem perfect of origin. Contemporary art historians cannot explain how some scraps of drafts came to our day, nor do they why are they out of italy.

The remaining drawings have been taken from them by the English and Italians, literally, for centuries. Few beams of passionate light from the characters were imprinted there, as first attempts at projects of historical stature. The closest thing to this is for the Sistine Chapel They are elbows, knees, hands and ribs of Adam, for Creation. Beyond that, just silence.

Eventually, the creative fire of the Florentine master was put out. Reaching 88 in the 16th century was already, in itself, a period achievement. They were few cases of such long lives. Not to mention artists who have remained active until their later years. As a passionate last wish, Michelangelo burned all evidence of his workshop work. Days before he died, he wrote in a letter without a sender: “Neither painting nor sculpture can still / my soul.”

Egyptian warship and cemetery discovered in sunken city of Heracleion

The mystery of the ‘Egyptian Mona Lisa’, the masterpiece painted 4,600 years ago