In mid-August, the Spanish government announced the official activation of the COVID Radar, an official application for mobile devices to alert the contagions of the SARS-CoV-2 virus, that after a test phase in La Gomera that ended on July 31, has been officially activated so that any user with an Android or iOS mobile can download and use it.

In fact, “the app is ready so that the health authorities can allow its adoption by the Autonomous Communities in order to begin connection work with their systems.” And that’s what happened.

What is COVID Radar, how does it work

The RadarCOVID app has been developed following “the most guaranteed technical standards with the privacy of users in compliance with all the recommendations made by the European Commission”. Therefore, no user can be identified or located because there is no data registered and because the entire process takes place on your phone without going to any server. In addition, both the use of the app and the communication of a possible contagion will always be voluntary. 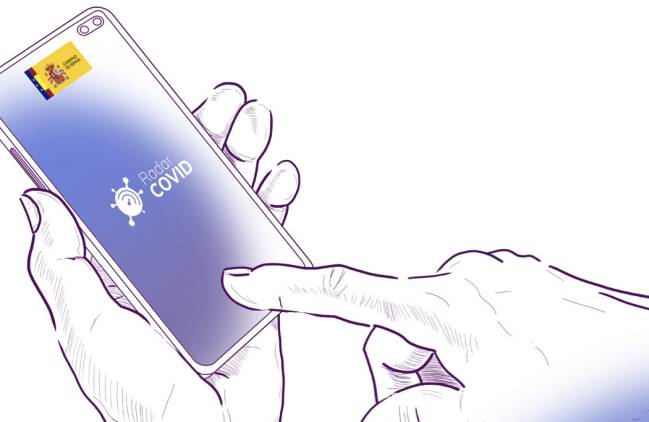 The application uses the terminal’s Bluetooth connection, through which mobile phones emit and observe anonymous identifiers of other phones that change periodically. When two terminals have been close for 15 minutes or more, two meters or less apart, they both store the anonymous identifier issued by the other.

If any user were diagnosed positive for COVID-19 after undergoing a PCR test, they would decide whether to give their consent so that, through the health system, an anonymous notification can be sent. In this way, the mobiles that had been in contact with the patient would receive a warning about the risk of possible contagion and instructions on how to proceed would be provided. By not requesting data of any kind, it is impossible to identify or locate any user in any way.

Currently, the European Commission is developing the legal and technical framework that enables interoperability between applications based on the decentralized model, such as RadarCOVID, so that they can continue to function beyond the borders of each State.

Why am I not receiving notifications?

Like more than 3.4 million people in Spain, you have the app downloaded, you have given it permissions, you have bluetooth activated and … You do not receive anything, not a single notification. Radar Covid does not notify you if you have come into contact with someone positive for Coronavirus.

Is it a mobile failure? The coverage? The data? The bluetooth? No, it is basically a fault of the autonomous community in which you live or are, which is being too slow integrating and activating the protocols.

And it is that each autonomous community in Spain must activate it in their protocols, and until all have not done so –They have a maximum term of September 15-, Radar COVID will not be fully operational throughout the Spanish territory. So if you are in a community that does have its protocols activated, you will be able to receive messages and notifications. 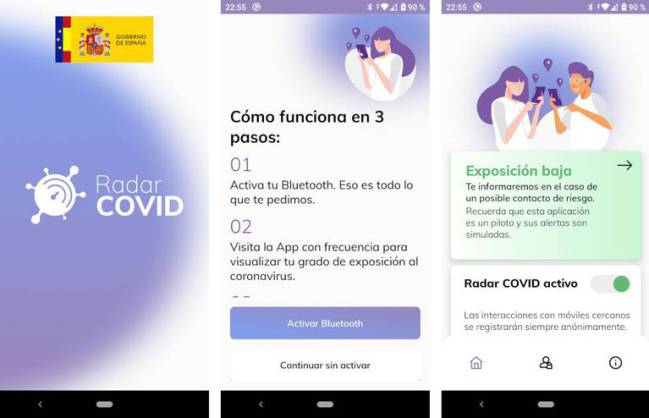 But if not, having the app installed and bluetooth activated is basically for nothing, just to waste battery on the mobile, since the application will not be able to carry out its basic function when not being able to connect to the servers of the Ministry of Health, Consumption and Social Welfare.

Provinces that have the Radar Covid app

Therefore, if you live or are in Andalusia, the Canary Islands or Murcia for example, it does make sense to download the Radar Covid app because its protocols are active and it works. If you live in Madrid, you can do it but you will not receive anything for being in tests. If you live in Valencia or Catalonia, the tests are not even underway.

At a time when outbreaks have sadly raised Spain in the Top Ten of contagions in Europe, the help of additional systems such as this application is necessary, but from what we can see, some of the Autonomous Communities are not there for the work and others are not they kill themselves precisely in integrating it quickly into their services. Time is running out, as they officially have until the 15th of this month.