The confirmation of the production of the first working example of the new Hennessey Venom F5 further encourages the race for the new maximum speed record for production vehicles. For which we have several candidates, although none have yet been able to homologate a speed greater than 500 km / h. Who will get there first?

Yesterday we echoed some recent statements by John Hennessey who stated that he is not only a few weeks away from presenting the final variant of his spectacular Hennessey Venom F5, but also confirmed that have already assembled the first functional and definitive copy of the model, which is precisely going to be used for the development tests of this radical project.

Hennessey’s goal with the Venom F5, a project that was announced 6 years ago, is not to build the most expensive or spectacular hypercar, but the fastest in the world, and for this it has developed a true surface-to-surface missile with that sole purpose in mind. Specifically, Hennessey Performance’s stated goal is for its new sports car to become the first street model capable of certifying a maximum speed in excess of 500 km / h (311 mph). 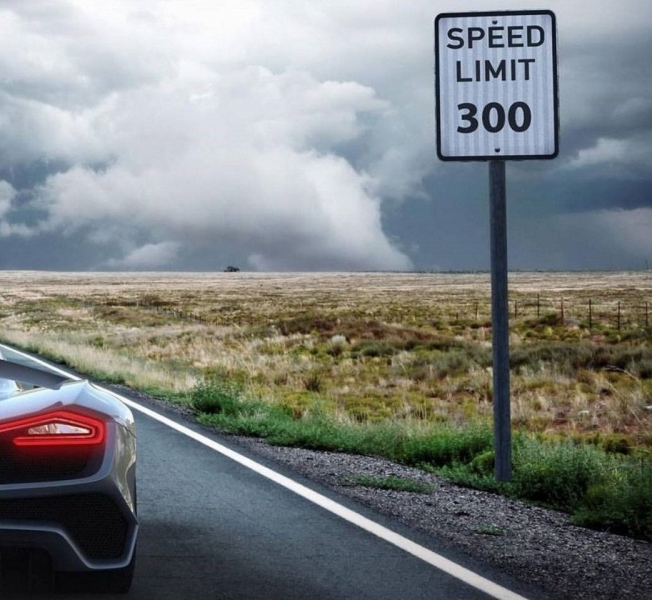 Teaser posted by Hennessey in 2017.

Despite being the first to declare such an objective, the truth is that John Hennessey’s company he was about to lose this battle before he even tried, and also not once, but twice.

As our regular readers will know in recent times there have been two brands that have announced new speed records with figures very close to or exceeding 500 km / h. However, on both occasions and due to very different circumstances, these brands could not be homologated, so the current speed record continues in the hands of the Koenigsegg Agera RS, which in 2017 managed to reach 447.24 km / h (277.90 mph) on the Pahrump-Las Vegas stretch of Nevada Route 160.

It was precisely on that same stretch of road that the last and controversial record attempt took place last October, in which SSC North America claimed to have achieved an average of 508.7 km / h (316.11 mph) with the new 1,774 PS (1,750 hp) SSC Tuatara and driver Oliver Webb at the wheel. Unfortunately, despite the fact that the American company had scrupulously complied with all the necessary requirements to be able to homologate the record, the video presented as evidence showed the vehicle was considerably slower than advertised. This started a huge controversy in the network that resulted in Guinness’ refusal to verify the record and even some statements from the company responsible for the GPS device used to measure the speed in which they ignored the attempt, claiming that they had not had personnel during the test and therefore were not able to verify how the system had been calibrated. 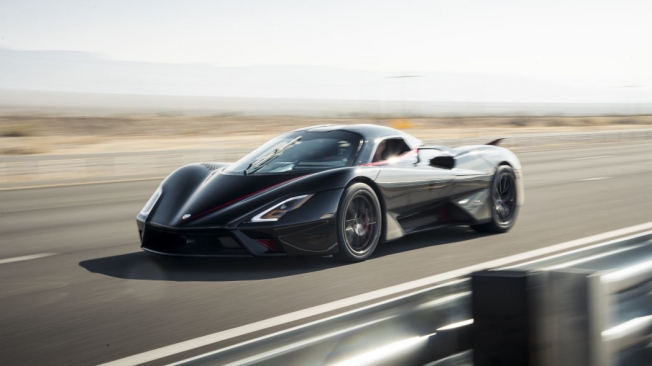 The SSC Tuatara in Nevada.

This was a jug of cold water for the guys from SSC North America, who had made an immense deployment of means including a helicopter and a jet that served as camera vehicles. The final decision of the company was to forget about this attempt and announce that in the indeterminate future they will repeat the test with other monitoring parameters.

Since the relaunch of Bugatti by the Volkswagen Group, the maximum speed record has been indisputably associated with the models of the French brand. The Bugatti Veyron managed to win the record twice, with standard 1,001 hp Veyron and 1,200 hp Veyron Super Sport, marking a maximum figure of 431.07 km / h (267.85 mph).

Since the launch of the Bugatti Chiron we have witnessed the appearance of numerous reports that affirmed or denied that the brand’s new 1,500 hp sports car was going to try to regain the speed record. To which were added the reports from Michelin, in charge of making specific tires for this test, as Bugatti stated that the speeds the Chiron was capable of could not be supported by the available tires on the market at that time. 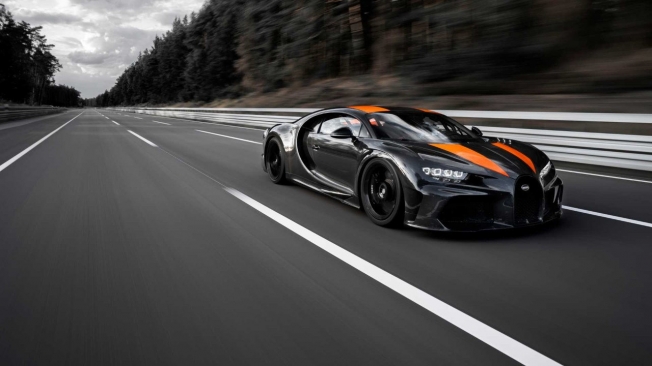 As is customary at the Molsheim firm, the record attempt took place without any prior announcement and also with a prototype of an unpublished variant, the spectacular Bugatti Chiron Super Sport 300+, equipped with a new frame and aerodynamic configuration that includes a new extended long tail type rear area and the removal of the hydraulic rear spoiler. Although the truth is that the development prototypes of the future model production variant will have a rear wing.

This prototype of the Chiron Super Sport 300+ made its attempt at the Ehra-Lessien circuit in 2019 and although it managed to reach 490.84 km / h (304.77 mph), speed measured by inspectors from the German TÜV institute, the record could not be homologated because the company made only one pass to the circuit. To approve a record of this type, it is mandatory to carry out two consecutive passes in opposite directions in order to eliminate the possible advantage of the slope of the track or the wind. These two passes are measured and then an average is taken between the two, whose resulting figure is the approved record.

According to those responsible for Bugatti, Due to the texture of the asphalt on the Ehra-Lessien track, it is dangerous to make passes in the opposite direction. Hence, they only performed the tests in one direction. 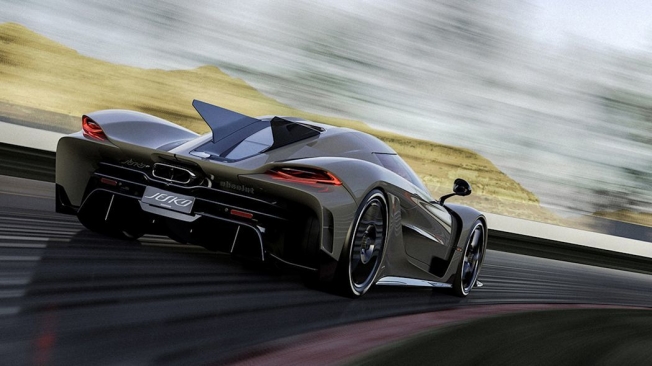 These Bugatti and SSC North America issues have allowed current record continues at 447.24 km / h (277.90 mph) set by Koenigsegg and that John Hennessey’s team continue to have opportunities to be the first to approve a maximum speed of over 500 km / h. Because it is convenient to remember that reaching that speed is not easy, but more complex is being able to homologate it, and unsuccessful attempts do not go into the history books.

At the moment we do not know if Bugatti is going to make a record attempt with the Chiron, but SSC North America has already confirmed that they will try again. To these will be added Hennessey with the new Venom F5 1,842 hp (1,817 hp) and Koenigsegg with his new Jesko, which even has a variant specially developed to try and improve its own top speed record, the 1,622 hp (1,622 hp) Koenigsegg Jesko Absolut which supposedly boasts a theoretical maximum speed of 532 km / h (330 mph).

New brands may be added to these in the future, but so far no other company has expressed a desire to fight for this speed record. In the same way, none of the interested parties has revealed a possible date for a new attempt, so we will have to keep waiting for one of these brands to surprise us again with a new ad, usually always after having broken the record.