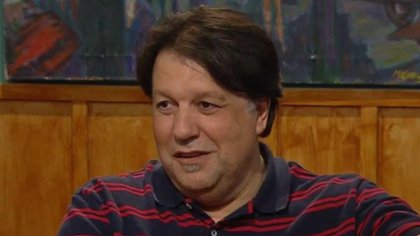 He had a printing company that specialized in making posters, owned the advertising company Utopia, was involved with film and television as a producer, and wrote a book in tribute to the former president. Nestor Kirchner, whom he had known since the Santa Cruz native took his first steps in politics as mayor of Río Gallegos. Jorge Hector Devoto, whom his friends call “Top”, is 65 years old, he is close to the Kirchner family and appears as one of the beneficiaries of the “VIP vaccination”, which these days puts the government he heads in trouble and in crisis Alberto Fernandez.

Devoto was a member of the Montoneros guerrilla organization in the 70s, where he became the right hand of one of its most notorious leaders, Rodolfo Galimberti, and had to go into exile in Sweden during the dark years of the last military dictatorship. From that militancy he maintains ties with his former colleagues such as Emilio Persico, leader of the Evita Movement and current official of the Ministry of Social Development, or with Patricia bullrich, now enrolled in the ranks of the PRO. That closeness led him to become the publicist for Evita and he was in charge of the campaign for the mayor of Lomas de Zamora in 2007 from the number two of that party, the provincial deputy Fernando “Chino” Navarro.

He has known how to rub shoulders with the power of politics for a long time. He befriended Nestor Kirchner and his family. 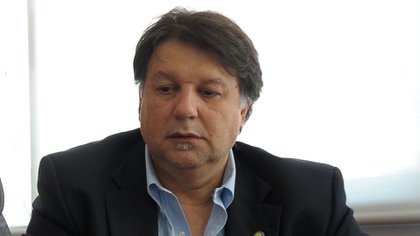 Devoto was a member of the Montoneros guerrilla organization in the 1970s (.)

Devoto was related to the sticker on posters in the center of the City of Buenos Aires in 2010 against journalists from the Clarín newspaper. Four years later, something similar happened against the journalist Andrés Fidanza, who ran the digital site La Política Online, from where they had written notes about his activities. And in 2018 the accusations resurfaced due to an aggressive campaign in the streets against the journalist Luis Majul and his family, where he was associated with the Buenos Aires Attorney General, Julio Conte Grand.

With Kirchner’s death in October 2010, Devoto deepened his relationship with the former president’s family. He became a confidant of Cristina Fernandez, intimate of your child Maximum and spent a total of 117 days in Cuba accompanying Florence Kirchner when she was hospitalized on the island for health problems. Devoto served as a nexus between Florencia and her mother when the latter could not travel to Havana. 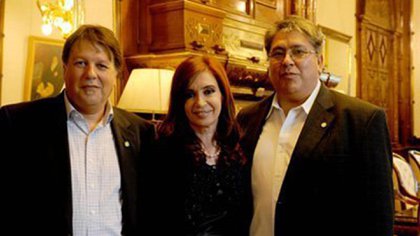 Two years later, Devoto created the label Tochineki, a shorthand for “Top”, Chino Navarro and Néstor Kirchner, to make a documentary about the life of the Santa Cruz man. Hired as director Adrian Caetano, but he ended up resigning due to differences of opinion and in his place was the director Paula de Luque. To carry it out, Florencia Kirchner participated in the writing of the script. Néstor Kirchner, the film, opened on November 22 in 93 theaters. The Tochineki production company was dissolved shortly after suspicions of having received numerous subsidies exceeding 4 million pesos.

In 2016 Devoto’s surname appeared for several days in the media because Jose Lopez, the man who entered bags with weapons and 9 million dollars in a General Rodríguez monastery and who was secretary of Public Works of the Cristina government, said that Devoto had sent him that same day of his arrest, a strange WhatsApp, which according to López said: “What are you doing, lumberjack?”. That is why Devoto was summoned to testify in the case, although he was unscathed.

Devoto was married to Liliana mazure, also prosecuted for irregularities in 15 criminal cases when she was in charge of INCAA (National Institute of Cinema and Visual Arts). She was accused of receiving tens of millions of pesos in subsidies to make films. 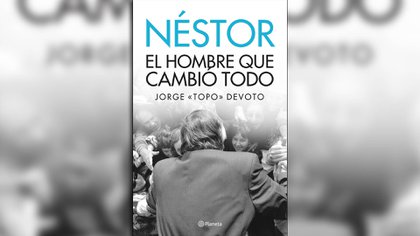 Nestor, the man who changed everything, compilation by Jorge Devoto

Among his latest products as a producer are the documentary El Camino del Santiago: Disappearance and death of Santiago Maldonado, in 2018, which was led by the current Minister of Culture of the Nation, Tristan Bauer, and that with a script by Florencia Kirchner, raised the responsibility of the government of Mauricio Macri in the death of the young tattoo artist. Devoto also produced another documentary a year later, which was called Scorched earth, with the same director and who aimed to criticize without half measures the management of the Cambiemos government.

On the 10th anniversary of the death of Nestor Kirchner, the “Topo” Devoto wrote the book “The man who changed everything”, about the life of the ex-president. “I thought that Néstor deserved the point of view of all those who lived through his life, from his early years in Santa Cruz, his time as a student and activist in La Plata, his years as mayor, governor, and president. And so a book came out with many looks ”, he summarized on its content.