Currently, the evolution of the electric vehicle seems unstoppable and little by little the automotive industry is leaving combustion engines aside. But, although it may not seem like it, the origin of the electric car dates back to the 19th century.

The electric car resides in our minds as the latest in the automotive industry, as well as the apparent future of mobility. Undoubtedly, the evolution of technology over the last decade has been remarkable and it seems increasingly feasible to travel with an electric vehicle on a daily basis or on long trips.

However, the origin of the electric car dates back a long time, specifically almost two centuries. And it was in 1827 when Ányos István Jedlik created the first electric motor and later, a small vehicle associated with it. A few years later, in 1832, Robert Anderson created an electric car with a battery, but without the possibility of recharging.

From there, Jedlik’s discovery in turn generates new milestones in the history of the automobile, which would not see the birth of the combustion engine car until the 1960s, well after its electric namesake. .

In 1834, Thomas davenport presented a vehicle that rolls on an electrified circular track and that same year, the Dutch professor Sibrandus Stratingh and his assistant, Christopher Becker, created a small-scale electric car that was unique in that it was powered by non-rechargeable primary cells.

Gaston Planted He promoted the development of batteries in 1859 by creating the first accumulator with two lead plates separated by rubber strips and immersed in sulfuric acid, the embryo of today’s conventional batteries that all thermal vehicles use.

The rise of rechargeable batteries

The beginnings were undoubtedly an event, but the electric car did not take off until it had the possibility of being recharged for continuous and regular use.

As early as 1880, Camille Alphonse Faure covers the lead surfaces of the battery created by Planté with a paste of so-called red lead (lead tetraoxide), thereby inventing high-capacity rechargeable batteries.

As a result, the first electric vehicle usable with a lead-acid battery is a tricycle presented at the Paris International Exposition by Gustave Trouvé.

The electric car took the lead on the thermal until Henry Ford entered the picture.

In 1888, Andreas Flocken presents a new model, the Flocken Elektrowagen, and at the end of the 19th century electric taxis became popular in the United States and England.

In 1898, Jacob Lohner, an Austrian carriage manufacturer, commissioned Ferdinand Porsche to create an electric car. The Egger-Lohner P1 It had two 7 HP electric motors for each of the front wheels. It reached 34 km / h speed and had a range of 80 km. with a full charge.

Another great milestone of the electric car occurred in 1899, when the automobile called La Jamais Contente becomes the first of its kind to exceed 100 km / h (105.88 km / h).

Where to charge an electric car: options and available point mapsRead news

With the beginning of the new century, in 1900, the Lohner-Porsche Semper Vivus It becomes the first production hybrid car from the P1 created by the then young Austrian engineer who was later the founder of the legendary Porsche.

At the beginning of the 20th century, Thomas edison makes rechargeable nickel-iron batteries evolve to offer greater autonomy, reaching over 130 km / h in some vehicles. This generates a boom in the market and one of the most prominent manufacturers was Oliver O. Fricthle, a chemist based in Denver. Fritchle gained fame by fixing the batteries of the cars in the area, but he also realized that he could improve the batteries that were brought to him and therefore create a better car.

The eponymous brand, Fritchle, began selling its own cars in 1906 and two years later opened its first store in Denver. The American claimed that his creations could cover more than 100 km. on a single charge during the night, mounting as a demonstration a trip that allowed him to boost the business in a spectacular way. 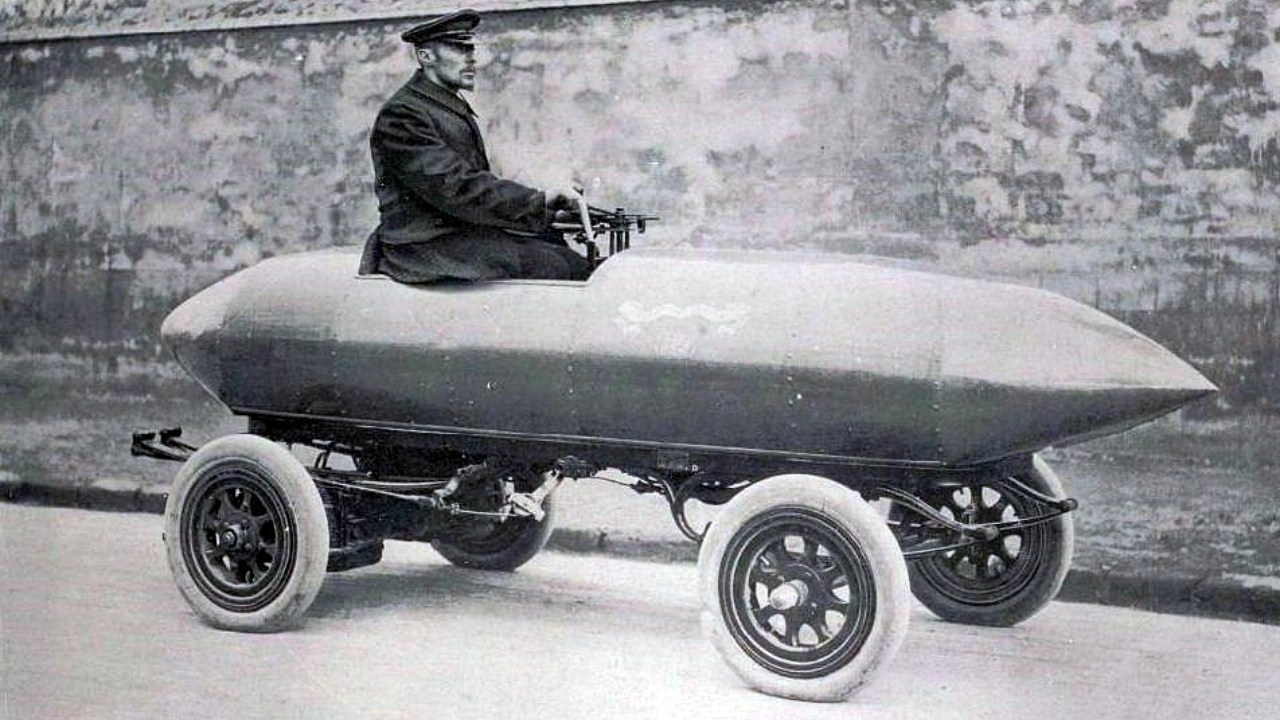 The One Hundred Mile Fritchle, as it began to be called, it was a car with the ladies of high society in mind, who preferred electric cars to gasoline cars because they were cleaner. Therefore, the car was spacious and could climb the steep slopes of the Denver region. Hence its excellent range of up to 100 miles in plains.

With the beginning of the second decade of twentieth century, internal combustion engines receive the first starters and oil fields spread, rapidly accelerating their popularization.

Henry ford it becomes the main catalyst for the expansion of the combustion engine vehicle through series production, and electric vehicles end up being ostracized as a result of their limited range and cost.

For most of the 20th century, brands like Renault, Opel or BMW made timid attempts to regain interest in the electric car, but all their efforts were in vain.

In the 1970s, the most willful attempts were made by Jeep with one of its models for the US postal service or that of the Sebring-Vaguard CitiCar, a kind of microcar of which 2000 units were sold.

The United States tried to regain the momentum of the electric car through different policies in the 1990s, but the limitations of the industry caused that it was the hybrid car that gained momentum, mainly thanks to Honda and Toyota with the Insight and Prius respectively.

The EV1 General Motors was the first vehicle that regained the presence of the electric car in the market, manufacturing just over 1000 units until its disappearance in 2003. The truth is that this model was a good starting point with its 160 km. autonomy and good top speed, but it arrived early.

Shortly after, Tesla began its activity with the launch of the Roadster in 2008, which was followed by the Model S in 2012. Since then, Elon Musk’s brand has seen how the competition has grown until it is fully integrated into the market and in all types of segments and price ranges.

Currently, we can find from the popularly called cars without a license, through the Citroën AMI or the Dacia Spring and reaching models such as the Volkswagen ID.3, the KIA e-Niro or the Porsche Taycan through the 200-year history of the electric car.

What awaits us in the future?

For now, you can know much more about the present through the following buying guides.