That’s the big question. It is clearly clear that Spa is a dangerous circuit that has not been equipped with state-of-the-art security measures

The FIA ​​is at stake in Spa at the end of the month. The track is judged as safe by FIA regulatory standards, therefore it has homologation grade 1. What happens if an accident like that of Athoine Hubert and Juan Manuel Correa is reproduced in the F2 race on August 31, 2019? Or like that of Jack Aitken and Davide Rigon in the 24 hours of July 31? What would happen if in a hypothetical accident the protagonists were Lewis Hamilton and Fernando Alonso and one of them suffers serious injuries or is killed? Why is there no Tecpro? 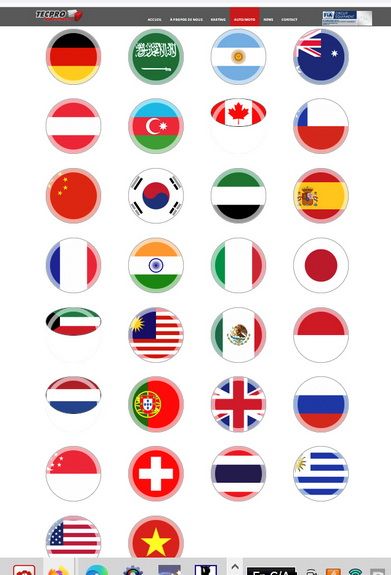 There is no Tecpro anywhere in Spa. The company’s website places the country’s flag on the circuits where there are. Belgium does not seem

What consequences would it have for F1 and especially for the FIA? Would they find themselves guilty? Can the FIA ​​risk such a thing without remedy?

In Montmeló after the Senna accident in 1994, a chicane with tires was quickly set up and running on the Nissan curve to reduce speed, then that chicane was made of asphalt and finally it was discontinued and the traditional fast corner layout was returned to. once the fear of another accident had passed, with that of Ayrton Senna in memory.

Spa is not Montmeló and things are much more complicated, but they should be working on these holidays, if not they have done it in two years, to arrive at the Belgian GP with a more effective solution than just saying that it is homologated and nothing more.

What solutions can be applied in the Raidillon area? In the time that there are very few, if not none, left. 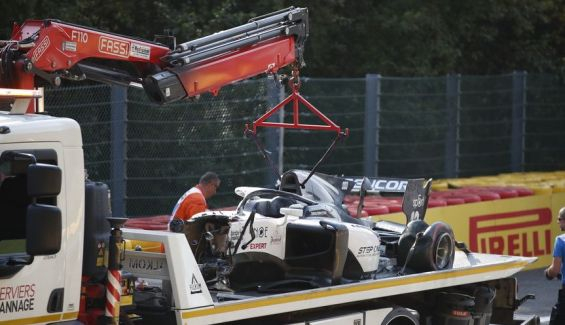 In Correa’s accident, neither the cars nor the protections did their job

The Tecpro barriers that are placed in the most modern circuits are conspicuous by their absence in Spa. Tire barriers are used with the “rubber belt” “conveyor belt” in front as a belt to give them greater consistency. What is being seen in this type of protection is that it is inadequate in many circumstances and Spa is a good example.

I do not know if due to the old age of the tires, because they do not have the latest polypropylene tube systems inside, as new circuits are obliged to, even if they do not host F1 races or training, nor do they have grade 1 the FIA, or simply because given the current speeds are inappropriate, the tire barriers should be replaced urgently by Tecpro in the entire area of ​​Raidillon, Stavelot, Puhon etc, that apart from taking other measures to improve speed intervention. 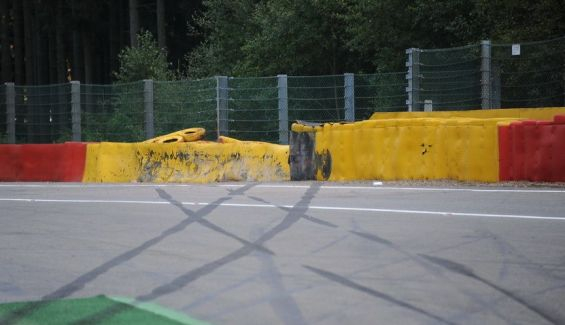 This is how Raidillon was in 2016 when Magnussen crashed

Vacation time, factories closed or little desire to fix it, I don’t know what the excuse will be, but the FIA ​​takes a huge risk by leaving that area of ​​the circuit like this. We say that area because on the descent to Puhon and Stavelot, the tire piles do not absorb anything either, and but a good example is another accident that occurred at 24H in which the car was sent back to the track, although the escape is very large and it did not invade any area of ​​the track as such. In that area, a BMW owned by Teo Martín was destroyed, which made Roldán Rodríguez lose his position in the team since they had to look for paid drivers to be able to pay for the total loss of Teo’s M635, which crashed in that area of ​​Spa and where the tires didn’t absorb anything. 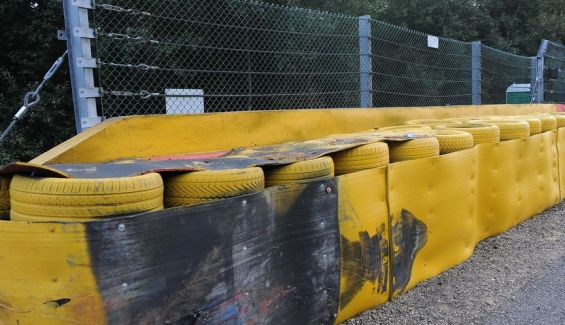 This is how Raidillon was in 2016 when Magnussen crashed

The situation is complicated and we will see if the pilots do not demand more security measures and we return to the sittings of yesteryear, although we are in other times and if someone has the intention of revealing himself, if he is not called Lewis Hamilton, it is difficult for them to pay attention to him .

The quickest solution to solve the problem of rapid intervention would be for the FIA ​​to have in the area, with the command to activate the electronic flags, a special commissioner, with the power to activate, not the yellow flag, but the red flag. at their discretion, without having to wait for the red flag order to be given from the control room. 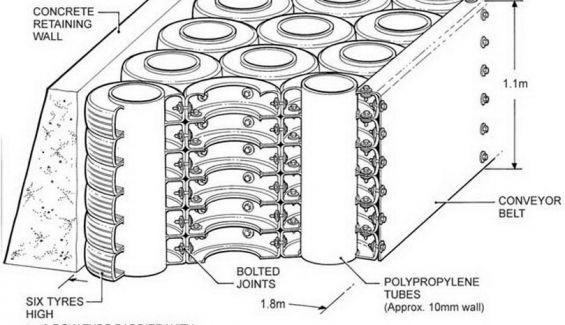 Those 14 seconds that elapsed between the Aitken accident and the passage of cars already at reduced speed through the accident area can be reduced to practically 1 ”. Obviously the car that follows the one that may be left on the track will not be able to avoid it, since in that area you cannot brake or lift your foot, given the characteristics of the track, but the rest would see the red flag immediately and it would slow down drastically. That special commissioner with the power to make the decision should be covered at all times from the control room. If the race has to be relaunched again or if a new start or any other subsequent decision has to be made, this should be secondary and no one should question whether the race is stopped at any given moment. It will always be better to resume the race than to mourn some mortal victim.

This works for any category. In Spa there will also be the F3, the W Series and the Porsche Cup. 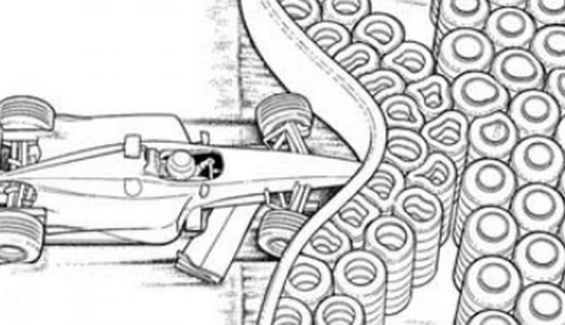 The tires spring into effect and launch the car to the center of the track again. do not absorb

Another important point in Spa is to know the hospital to which the pilots are transferred after an accident. If it is still the CHU Liège ICU, it is to run away, as Juan Manuel Correa left as soon as he could before dying for lack of a respirator in 2019 or as Jack Aitken left a few days ago. The medical team is very good, but the means and the place are typical of the third world. An unusual place to take anyone, least of all accident pilots. I can’t imagine the relatives of Lewis Hamilton or any F1 driver, being there inside hours, with the driver struggling between life and death. Sitting in a half-broken chair in a family waiting room with a light hanging from a wire, a huge clock stopped, and rickety chairs and furniture. Well, that was the waiting room in 2019 and of course without a soul in a gigantic hospital, with disconnected escalators, without light, lighting up with the telephone to go from one place to another, and without seeing a soul in half an hour of traveling Estancias following exit signs, which were all closed because it was 4 in the morning. You can visit the morgue, the warehouses, the chapel, make a strenuous tour and without finding the exit. That is the darkest part of a career.