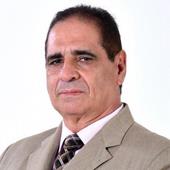 The topic of the day is Robinson Canó, suspended for doping for the second time. Someone told me yesterday that it buried his chances for Cooperstown, and I replied that it was an old topic. That he had already taken a big (negative) step in 2018 when he was suspended for 18 games.

If you look at the work that we present in this edition of Listin, we will see that Dominican players are the most “advantageous” in consuming steroids.- They dominate the stage with almost 45%, and that speaks for itself of the disaster in which it develops the preparation and signing of young players here, recruited from the age of 12.

Meanwhile, the State and its sports organizations look to the side, they don’t care about that, and we get negative results at the minor league and Major League level. Steroids everywhere.

Why mention this? Because it is a simple case. Here there are hundreds, or thousands of trainers who have programs, they capture the boys at an early age, they train them and then they come ready to be signed.

Since those days, boys have known the culture of steroids, to develop them better in their technique, in their speed, in their physique, to become better athletes. And that ball itches and spreads when they are professionals because those same trainers or physical trainers, who also know how to inject, stay very close.

Here there are spectacular cases, scary stories, and I regret having to remember the name of Prescinao Doñe, linked to a lot of native players, and Puerto Ricans, many linked to the steroids issue. Alex Rodríguez announced him as his partner for three years for a long time, and the MLB ended up applying a very special sanction to him: it prohibited him from entering any facilities of the teams, such as club house, dogouts, etc. He could or can only go to stadiums as a fan.

There are no rules or laws for that here. For a long time it has become urgent that some State office promote laws towards the sector, and organize and control that world of scouts, trainers and programmers, which in the end is the origin of all this national shame.

Is that close? Absolutely not. Ricky Noboa, the former baseball commissioner, tried to do something in Congress, and they looked at him up and down. The System did not allow it.

THE MEDICINE: What is Stanozolol, the steroid drug for which Robinson Canó and a large group of MLB players have been suspended? What positive effects does it produce, what negative effects does it produce? In general terms, it produces more power, less fatigue and the athlete’s performance grows a large percentage. On the negative side, it has various symptoms, but that will depend on the age of the consumer and his physical characteristics. Canó will lose 24 million for the season 2021, but he has another two years of contract for the same amount, 2022 and the following … In 2018 he stopped receiving 11 million for the suspension of 80 games. He is 38 years old, so he could continue playing… For 2022, there are several options: 1) the player withdraws due to loss of enthusiasm and discredit .. 2) The player continues in action for business reasons, since he is not easy to earn $ 24 million in six months of work, or $ 48 million in two years. ..and 3) The team could leave you out and pay you your money in a negotiation with the agent .. It could be one-shot or a long-term payment program .. All of that is possible .. They could also change it, taking over the Mets of 90% of his salary, an option that could be the most logical considering the age that Cano will be in two years.

OF INTEREST.The Venezuelan league announces that it will start its tournament on the 27th of this month, with 8 teams divided into two groups. There are not many conditions there, but the dictator Nicolás Maduro wants to support the event to give an idea of ​​”Normality”. Vitelio Mejía, the president of Lidom, has many accumulated merits, but he should not lose sight of relevant details. At each opening ceremony, too many people on the field of play, with masks, but all together … People who have nothing to look for there … And more importantly, the teams or the referees have control of the duration of the games. In the first three dates it is normal that they last 4 hours, and that is not right .. It is too long … In MLB several changes are cited for the Puerto Rican Francisco Lindor, from Cleveland .. One of them takes him to the Yankees in a 4 x 1, which includes Miguel Andújar, Clint Frazier and Dominican pitcher Albert Abreu… The problem is that Lindor goes to free agency next year and the Indians will not offer him… Toros and Licey couldn’t play last night in La Romana because rain and they will do it this Thursday at the Francisco Micheli .. Victor Robles, from Las Aguilas, is one of the few players who is wearing the mask when he hits .. By the way, he is using a lot of surprise between first and second .. Last night they made him out in Santiago .. The Eagles have a pitcher named Angel Rondon, the same name as the man in the Odebrech case.