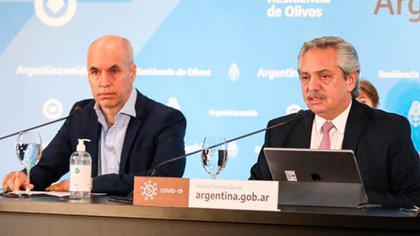 Alberto Fernández and Horacio Rodríguez Larreta. The pandemic brought them closer and also distanced them

There is not much that Horacio Rodríguez Larreta can do, except not to give up, or even beaten. And wait for the favorable ruling of the Supreme Court of the Nation, of course. Because after the effort he made to cut the Buenos Aires budget, canceling works and creating a new tax, accommodating the budgetary reality to DNU 735, which lowered the co-participation rate of the City of Buenos Aires from 3.50 to 2.32%, did not expect the scythe of Congress.

On Thursday at noon the summons from the Constitutional Affairs Commission came out, calling for a plenary session to discuss the project that further cuts the Buenos Aires partnership and on Friday afternoon the plenary had the opinion approved. Technically, they are authorized to deal with it before November 30, when the regular session ends,

The bill that received half approval from the Senate on October 2, just two weeks after the Executive sent it to Congress, establishes a fixed amount of $ 24,500 million as an expense by the Police, which in fact leaves the Buenos Aires coparticpation at 1.4 %, the same percentage that it had in times when Aníbal Ibarra was Head of Government of the City. 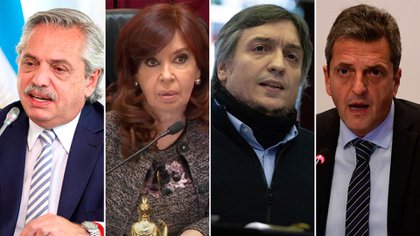 At the time, it was a response from the Government to the judicial presentation that CABA made in front of the Supreme Court, requesting an amparo for this cut of the order of $ 52,000 million, a kind of “punishment” for not having meekly accepted the original blow. “I spoke with Horacio about this issue even before he assumed the Presidency,” said Alberto Fernández to explain the measure. “It’s true, but then the pandemic came and it notified me of what it planned to do when it already had (Axel) Kicillof and the mayors listed to make the announcement, at the Olivos Residence,” Larreta complained.

The concrete thing is that the Head of Government had convinced himself that they would not go for more. He was helped to convince his friend, Sergio Massa, who assured him there was no intention of the Government to continue stirring in the stew of discord. They were both wrong.

On Wednesday a request appeared promoted by the Minister of the Interior, Eduardo “Wado” by Pedro, and drawn up by the Secretary of Province, Silvia Batakis, stating that the discussion is far from being a matter of co-participation and pointing out that it is rather a discussion about “the primary distribution” of Treasury resources. In this way, the constitutionality or not of the DNU does not enter into debate. And warning that “Macri unilaterally tripled the resources of the City, to the detriment of the rest of the districts”, but “no province prosecuted that arbitrary decision, which unfairly benefited the district with more resources in the country.”

“It is a call for attention to the Court,” they said that day in Casa Rosada, alerted by the possibility that it would be about to pronounce on the issue, and in favor of the City. But in the midst of the national setting, what better than to give the stitch, with the thread. There will be no better time to hurt the management of those who appear as opposition candidate in 2023, nor will it be necessary to lament criticism from one’s own electorate. The Frente de Todos returned to the usual percentages in CABA, well below 30% and there is little chance that its situation will improve in the face of the 2021 legislative elections.

The worst that can happen to the ruling party is that it does not obtain the necessary votes to pass the law. Deputy Graciela Caamaño was not present in the committee plenary session and it is not known exactly what she may vote for. Governor Juan Schiaretti was the only one who did not sign the request promoted by De Pedro (outside of the four of Together for Change), so it is likely that all or some of his deputies will not join the maneuver. Two other Peronist deputies could prevent the triumph of the Government, the Peronists Jorge Sarghini and Alejandro “Topo” Pérez. 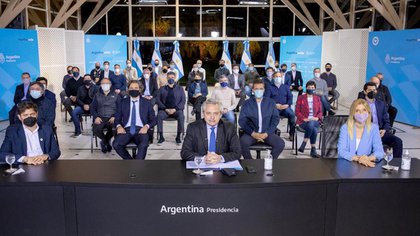 Announcement by Alberto Fernández about changes in the partnership. Olives. (Presidency)

Still, the Frente de Todos is likely to reach the necessary number. It automatically has the “Los Ramones” block (by José Luis Ramón from Mendoza), the missionaries and two other Peronists, Eduardo Bucca and Miguel Zottos. If it is not enough, you have another recourse, which is to call extraordinary sessions and negotiate with the loose ends in time. For now they gave no clues as to what they are going to do.

Even though would also give Together for Change more time to make this official outpost a great national cause, mobilizing people to the streets, positioning – again, as happened on September 3 – the figure of Rodríguez Larreta and putting the focus of public opinion on the Supreme Court. “It is not unreasonable that something like this happens”, they hope in Together for Change, attentive to go out to support the head of the Buenos Aires government, beyond the ornithological divisions between hawks and doves. 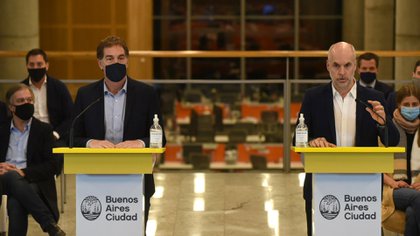 What is clear is that the Government, shortly after completing a year in office, finally seems to have found the return to its own organicity, a a method of coexistence that allows them to respect their original idiosyncrasies without putting the coalition at risk.

It is something simple, which starts with a statement, an act, even a letter from some sector, continues with another statement, another act or simply with the silence of a different group, and continues with a negotiation carried out under the umbrella of the essential unit , where each one accepts the other’s reasons and conforms to having fulfilled the place they represent in the coalition.

It has the problem that it forces an excessive investment of time by the President who, instead of dedicating himself to the demands of public administration, feels obliged to attend to the complex watermarks of the Front that returned Kirchnerism to power and Peronism to the government .

It is true that each resolution of the conflicts unleashed puts the method to the test. But everything would indicate that the system was being perfected and already generates internal consensus even among the most rebellious, although sometimes it seems that what creaks will end up breaking. So far, at least, it didn’t. Nor does it seem like it will happen any time soon.

That is why it is easy to understand that Juan Grabois takes over private land and establishments and remains within the Government. That Carlos Raimundi vote in favor of the Venezuelan dictatorship and remain ambassador. That Sergio Berni criticizes human rights organizations and continues as minister. That Massa privately assure businessmen that things that later do not happen and that he continues to be the president of the Chamber of Deputies.

“We learned to process our differences,” he synthesized before . a man from the (Institute) Patria. The extraordinary ones will require them to redouble their creativity. If Deputies approve the abortion law, the Vice President will have the challenge of promoting it as well, despite the fact that many senators from the FdT are against it. If the Senate gives half a sanction to the new law of the Public Prosecutor’s Office, the President must decide what to do with the nomination of Judge Daniel Rafecas. Will you uphold your application, even though the judge already said he was against these changes? 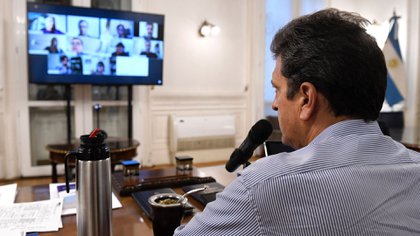 The Head of Government of Buenos Aires angry with Sergio Massa, president of the Chamber of Deputies

In the sea of ​​difficulties, with a bloodless economy and a burdened population, the government seems to end the year much better than expected. At least with the inmate appeased. Although in the chess of politics, you never know: black also plays.

The future of the chief prosecutor: the Kirchner offensive adds another political test for the President

With less co-participation, the Buenos Aires government presented a 2021 Budget without works