It is one of the most exclusive car manufacturers in the world, but it is curious to discover how even the great ones sometimes need the help of old software components or old equipment.

McLaren depended for years on Compaq LTE 5280 laptops, a model from the early ’90s that featured a key component to power these supercars. Today they have found an alternative, but they still have those teams next door … just in case.

Luxury cars that need laptops from almost three decades ago

In 2016 Jalopnik already told the unique story of these McLaren F1 that are a true gem. 64 of these supercars were built between 1992 and 1998, and in one of the models that was sold (second-hand!) last year it is estimated that 9 million euros were requested, with another model recently auctioned for almost double: 17.8 million euros. 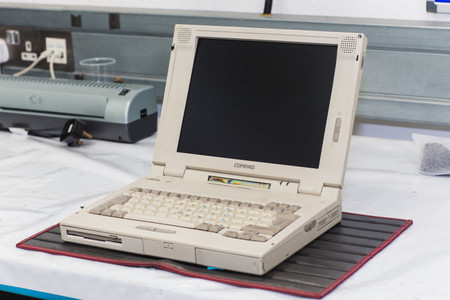 Those prodigious cars had a singular dependency on a laptop from the 90s. McLaren started using the CompaQ LTE 5280 when it started to make these supercars in the early 90’s, and the MS-DOS software and hardware of these teams was configured to be perfectly prepared to connect to the car’s control unit and perform certain diagnostics and data transmissions.

These laptops had a CA slot (Conditional Access) that allowed you to connect the laptop to the car and use the software specifically designed for that hardware. The problem? That it is necessary to continue giving service to these supercars, and almost three decades later these laptops are practically disappeared.

That meant that over the years McLaren spent thousands of dollars buying every Compaq LTE 5280 laptop from the early 1990s. Computers that barely have 20 MB of hard disk and they were used with MS-DOS, but they were very valuable to this manufacturer.

The dependence on that computer began to be a clear problem for McLaren years ago, and already in 2016, when the curious situation of the manufacturer was discovered, its managers admitted that they were looking for an alternative for these old laptops. 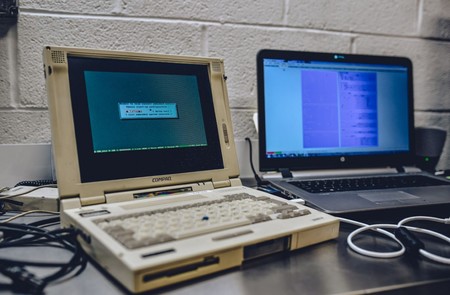 They found it somewhat later, and in a Road & Track report from the end of 2017 they told the story of the only McLaren F1 technician left in the United States. There they indicated how “currently McLaren uses a modern computer with Windows that run a software emulator for routine computer maintenance. ”

Yes indeed: That old Compaq 5280 is still next door from the Windows laptop … just in case. We do not know, however, if having it will do much good today. Intel announced in November 2019 that it was ditching the drivers and BIOS for its old motherboards – like the one used in Compaq equipment. This means that these old computers could end up unusable without these types of updates, especially if there is a security problem or a hardware conflict.

The McLaren case is certainly not the only one. In the recent Reddit debate on this topic a technician specialized in Jaguar He told a similar anecdote that he had seen in the remodeling of another peculiar sports car.

In fact, it showed some MS-DOS software screenshots They use an old ThinkPad to repair a Jaguar XJ220, another exclusive car that despite its price is repaired using equipment and applications from years ago. 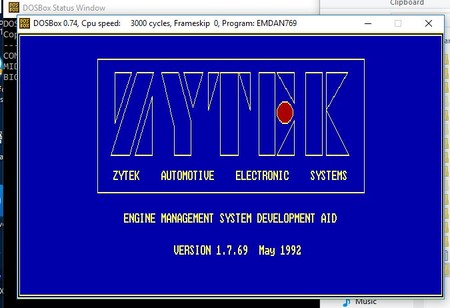 The technician explained how the connection to the switchboard it was done through the serial port of that old ThinkPad, a type of connector that years ago was no longer standard in PCs and laptops but that was precisely crucial for the maintenance of this car because of the software that was created for this process. 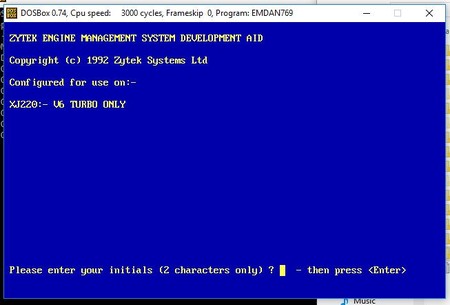 The mechanic explained how they tried to perform this task with virtualization on a modern computer and serial port emulation, but they could not succeed: that forced them to continue using this machine, something that shows (once again) that sometimes old technology is still crucial to keep things going.