It is false that WhatsApp go to access the images and messages that its users exchange to make them public, as stated by alerts disseminated through social networks and the messaging application itself that misrepresent the meaning of its new privacy policy, applicable only outside of Europe.

In these first weeks of the year, messages have been made viral that warn that what a user sends WhatsApp is going to stop being private.

These notices circulate especially by forwarding through the messaging application itself, but can also be found on social networks, such as Facebook or Twitter.

The alert, of which there are different versions although with similar characteristics in its main content, warns of the “new rule” that is going to be introduced. WhatsApp and encourages sharing a message to make it clear that the user does not give permission to WhatsApp, Facebook or Instagram to use your deleted images, information, files or messages.

After a “I do not authorize” habitually repeated and with exclamations or in capital letters, the text explains that WhatsApp it will apply its new rules immediately – “today” or “tomorrow” – and issues warnings such as “It can be used in lawsuits against you” or “Everything you have published can be published from today, even deleted messages.”

It then offers the possibility to avoid it: Resend that same warning message, in which it is indicated that permission is not given to WhatsApp to “use images, information, messages, photos, deleted messages, files, etc.”. Thus with “a simple copy / paste”, the user would be “protected against the new rule”.

In other cases, the warning comes through an audio in which the notices about changes in privacy are made by a woman who introduces herself as Karelis Hernández and claims to be the director of WhatsApp.

DATA: Actually, WhatsApp has prepared an update, already announced, of its privacy policy that will allow Facebook to provide companies with which a user exchanges messages with their profile data for advertising or commercial purposes, but no one will be able to access the images or messages published. And those new conditions will not apply in European countries.

THE UPDATE DOES NOT ALTER THE PRIVACY OF THE MESSAGES

Warnings to users of an internet application regarding privacy risks are common and occur periodically. This has happened against Facebook, Twitter, against itself WhatsApp on previous occasions or, more recently, with respect to Google and Apple with the coronavirus pandemic as a context.

In this case, the occasion was prompted by the announcement he made WhatsApp last October that at the beginning of January it would implement an update to its privacy policy, which would take effect on February 8.

However, last Friday, January 15, he explained that he was going to delay the date of entry into force more than three months, until May 15, precisely due to the “confusion” created around the world about what he was going to mean. that modification in the terms of use. 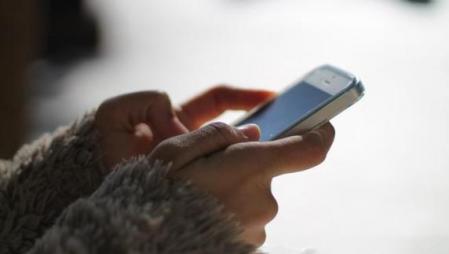 “Due to the dissemination of so much false information that it raises concern, we want to help people to know the facts and understand our principles,” he said. WhatsApp in its statement of January 15.

A week earlier, the CEO of WhatsApp, Will Cathcart, already highlighted the commitment to privacy in a Twitter thread in which he highlighted that the modification in the application’s use policy is made “to make it transparent and better describe the optional functions from people to companies”, which “includes commerce on WhatsApp and the ability of people to send messages to a company.”

Cathcart is the actual CEO of WhatsApp, not that Karelis Hernández, whose fraudulent audios already circulated in 2017.

The update planned by WhatsApp to enter into force on May 15, it concerns only messages between individual accounts and business accounts.

It consists of allowing data to be saved in web hosts of those companies that will be served by Facebook, the parent company WhatsApp, and that will improve the shopping experience in virtual stores; for example, through a unified payment interface, with which it has been operating in India since November 6.

WhatsApp uses end-to-end encryption for all messages between its users, including those that are written in groups of several people. They have all been encrypted like this since 2016, according to the TextSecure protocol created by Moxie Marlinspike that began to be implemented in the messaging application in 2014.

This technology automatically guarantees that only the sender and receiver of the dialogue – or the members of that conversation group – can read, hear or see what has been sent, and no one else, not even some person or machine in the company WhatsApp.

This communication secret applies both to written messages and to telephone and video calls as well as to the audios that are shared, photographs, videos, gifs or documents, since all the connection between users carries an encryption padlock whose code It is created when it leaves the transmitter and is decoded when it reaches the receiver.

Encryption is done with a QR code and 60 random digits. It can be seen on the information screen of a conversation from WhatsApp and, if the mobile phones of the sender and receiver are together, they can be compared and check how they coincide.

WHATSAPP WILL CONTINUE WITHOUT SHARING DATA WITH FACEBOOK IN THE EU

WhatsApp It was created in 2009 by Jan Koumc in collaboration with Brian Acton and was acquired by the Facebook group in 2014.

The European Commission then approved the integration of WhatsApp on Facebook without nuances, but two and a half years later it imposed a fine of 110 million euros on the business group for not having provided all the required information.

Brussels demanded Facebook that in the European Union the data and metadata collected in WhatsApp could not be integrated with those of Facebook, Instagram or other platforms of the group.

The policy director of WhatsApp for Europe, the Middle East and Africa, Niamh Sweeney, assured on January 7 that this would continue with the modification in 2021 of the user’s permissions: “There are no changes in WhatsApp data exchange practices in Europe derived from this update ”.

A spokesperson for WhatsApp has explained to . that its privacy policy for the EU is different from that of other legal systems and that there will be no change with the 2021 update neither in the European Union nor in the United Kingdom, since they will continue “without sharing data from WhatsApp users in the European region with Facebook to use them to improve their products or advertisements ”.

OTHER APPLICATIONS FISH IN RÍO REVUELTO

In recent weeks, the planned change in the policy for the use of WhatsApp has encouraged the debate in public opinion about the security of these types of applications and the use that companies make of data and metadata, especially the five American giants of “software”: Google, Amazon, Facebook, Apple and Microsoft .

Along with the information in the media, the matter has been debated on social networks, such as on Twitch, and memes and jokes have also been launched (1, 2, 3), apart from abundant viral disinformation.

That troubled river has been taken advantage of by other messaging applications other than WhatsApp, which have registered many registrations. Thus, both Telegram and Signal have surpassed this January WhatsApp in the number of downloads in the main Latin American countries, according to Airnow Data cited by Statista.

The rise of Signal has had a mentor: Elon Musk, co-founder of PayPal, Tesla, Hyperloop and SpaceX, among other companies, with a short tweet.

For his part, the creator of Telegram, Pável Dúrov, announced on January 12 on his channel that the application had exceeded 500 million active users, after achieving 25 million sign-ups in the previous three days alone.

These decisions to change the application among Internet users are taking place despite the fact that it is false that the interaction in WhatsApp is going to stop being private, as erroneously indicated in the messages that have gone viral.