The lawyers rub their hands with the large amount of litigation that is expected when the National Congress passes the new wealth tax. With dozens of consultations per day since the initiative was revived last week, the legal men specializing in tax matters began to draw up the main arguments that they will present before the Justice, after the thunderous rejection expressed by entities from the field, industry and the services.

In dialogue with ., several specialists described what are the main axes of these future demands. In fact, the main tax lawyers have already formed special chats to discuss the strengths and weaknesses of their respective arguments. Four key ideas are repeated in these dialogues: unconstitutionality, potential confiscation of the “Solidarity Contribution”, the taxability of productive assets and double taxation with Personal Assets.

A fifth element, of a legal-political nature, should be in charge of the provinces, at least governed by the opposition: By passing it off as a contribution and not as a tax, the Government avoids sharing in its collection. By definition, taxes are co-participatory, unless a special majority in Congress defines otherwise, as explained by a lawyer with extensive experience in battles over tax issues.

The ways to claim will be, in the first place, request a precautionary measure in the administrative jurisdiction to immediately stop the effect of the law; If this appeal is denied, the AFIP could initiate a claim for the amount to be paid to the taxpayer who, in turn, will appeal to the Tax Court. This area of ​​discussion is of administrative origin and therefore it will not be able to put on the board the question of the unconstitutionality or not of the law.

Once the discussion has been settled in this court, which hierarchically depends on the Ministry of Economy, the taxpayer can return to the ordinary judicial jurisdiction if he receives a negative ruling to claim on the merits of the matter. All of this will surely translate into years of crossings of files by a law that, according to many specialists, could achieve a very low effective collection, as happened with the controversial financial income tax sanctioned in the government of Mauricio Macri. 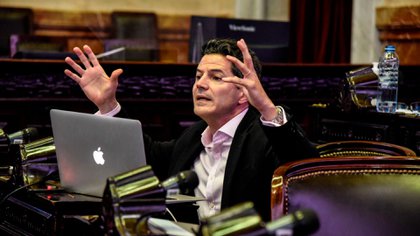 In this sense, Lucas Gutierrez, law firm Lisicki, Litvin & Asociados, said that “two situations must be distinguished: for individuals of Argentine nationality who lost their tax residence and reside in countries considered to have low or no taxation by the Income tax law, the claim to apply the contribution for all of their assets is important to ignore the release and the legal status acquired by obtaining the withdrawal of tax residence “.

Experts affirm that the tax disguised as a contribution will be confiscatory, borders on double taxation and violates tax equality

“This situation cannot be modified, since from that moment on the relationship with the Argentine treasury is abolished, except for the assets and income that it maintains in the country, which are taxed through a different subject who is the substitute responsible”, Gutiérrez clarified.

Gutiérrez provided an example to explain this anomaly. “If you go to a restaurant and pay the bill they make you, then the place cannot claim to charge you a difference or surplus for something you did not consume or because then the products you consumed increased ”, he indicated. As for people residing in the country, “the main point of objection is the possible confiscation of the contribution,” he explained.

“If you go to a restaurant and pay the bill, later they cannot charge you a difference for something you did not consume or if they later increased the prices” (Lucas Gutiérrez, from the Lisicki, Litvin & amp; Asociados study)

“There is confiscation when the tax absorbs a substantial portion of the income or taxed capital. That is, when the tax exerts an unreasonable and excessive fiscal pressure on the goods or on the income that the taxed goods produce, ”he explained.

Confiscation must be proven by the taxpayer through an accounting expertise, which reflects that the tax absorbs an unreasonable portion of the capital or income of the taxed person. There is antecedents on this issue in the case of the Income tax, such as the Candy case due to the lack of application of the inflation adjustment.

In addition, Gutiérrez clarified, “confiscatory can also be measured in global terms, that is, considering a set of taxes that fall on property.” In concrete terms, “If you add to the contribution rate the rate of personal property tax, which in itself is excessive, the overall rate in the maximum scales exceeds the 7% rate on the value of the property; if applied, it will undoubtedly make the new tax confiscatory”, He explained.

The other objectionable question “is the application of an aggravated tax for foreign goods; this is not a valid criterion for classification in a property tax, which should, in any case, pay attention to the value of the goods, but never to the territorial location ”.

Alexander Altamirano He said that “you have to wait and see how the law comes out and then analyze it. And wait also with the firm desire that the Judicial Power be receptive to analyzing, from the perspective of the constitutional principles of tax law, the origin or not of this contribution which, as it is not voluntary, is a tax”.

While, Diego Fraga, a partner of the RCTZZ study, agreed with Gutiérrez that “the most important argument is to demonstrate that the application of this tax with other current taxes is confiscatory and this leads to it being unconstitutional, because it absorbs a good amount of the taxpayer’s capital and its potential income ”.

“This aspect must be subjected to a very meticulous test, the expert test is the most important, to demonstrate the way in which the tax has a negative impact on capital and income,” he explained.

“There are specific cases that could be challenged, such as when it comes to attributing ownership of the assets to the taxpayer who no longer owns them.s, because it constituted a trust or donated those assets, since the project reaches a contributory capacity that does not exist in some cases, ”Fraga specified. The lawyer also warned that the decision to apply a higher rate for assets located abroad would be “discriminatory”.

“This violates the principle of tax equality, because higher rates are applied to goods that may be identical to those in the country. And it is also unconstitutional, although the law allows repatriation, because in many cases it would imply an obligation to sell them at a low price to pay a tax, “he clarified.

Also, he argued, “some rules of the project are unreasonable and subject to being challenged, such as reaching subjects who relocated to other countries, retroactively.”

“Unprecedented rates are being applied globally with respect to this type of tax and, therefore, although there is a history that the courts have validated in emergency contexts, it never occurred in a framework of such high tax pressure that in a few years it would destroy capital, “the expert warned.

Fraga also stressed that there is discrimination between those who invest in Argentine and foreign assets, since in the first case they will have to pay the “Contribution” and in the second they will not. 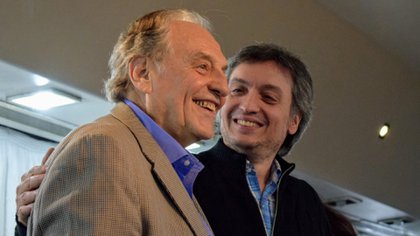 “It is also unconstitutional for violating the guarantee of equality by demanding the repatriation of 30% of the assets to lower the contribution rate, when strictly speaking this does not imply a greater contributory capacity,” he indicated.

“Both the Personal Assets rate and this Solidarity Contribution are outside international standards, ranging from 0.25 to 1 percent, while in this case we are rates that, if added, will reach 7 percent.”, He explained. Aguirre Saravia recalled that the Supreme Court of Justice had already dealt with various cases that demonstrated the confiscatory nature of taxes in Argentina.

Due to the large amount of litigation expected, experts believe that the collection will be much lower than expected by the promoters of the initiative

While, Edgardo Ponsetti Y Claudio Garcia Sinagra, from the BDO Legal Department, explained that “If the law is approved, it will clearly violate constitutional principles such as confiscation, legal certainty, legality, equality, contributory capacity and reasonableness”. “In the opposite direction to achieving the expected collection, it will generate a high degree of litigation, since taxpayers will go to court without paying the tax through a declarative action of certainty, where the unconstitutionality wielded will be discussed and, on the other hand, before the Fiscal Court of the Nation after passing the determinative process carried out by AFIP ”, they detailed.

For its part, Andres Edelstein, partner of Edelstein, Torassa & Asociados, said that “for the taxpayer, making the decision to face a judicial process is not an easy task, since legal, technical and other issues intervene that must be evaluated with great caution and rigor ”.

“Certainly there will be judicial proposals tending to declare the contribution unconstitutional in those cases where the effect on the principle of taxable capacity is notorious. or the lien becomes confiscatory for the specific case ”, explained the former secretary of Tax Policy.

In short, this tax disguised as a solidarity contribution, which did not even have the support of the Minister of Economy, Martin Guzman, appears to be destined for a grueling battle in the Courts.

César Litvin, tax expert: “The tax on large taxpayers will generate a reduction in employment and increase poverty”