About 24 hours ago Microsoft confirmed what we had been waiting for months, with the presentation of Windows 11. There are still months until its arrival on our computers … or at least those that meet the technical requirements determined by Microsoft, a subject on which many We suspect that the conversation will continue from yesterday until the new operating system finally begins to roll out.

Be that as it may, the most interesting thing about the Windows 11 announcement was, of course, the list of news that will arrive with this new Windows renewal, news that some users have served to convince them to make the leap as soon as possible, while others consider that this could have been one more Windows 10 update, perhaps 22H1, as they consider that the changes do not justify a jump Windows version.

Without going into such considerations, it is true that Android app compatibility, interface improvements and Direct Storage technology They look very good, and that is why it is normal that they have captured a significant part of the headlines dedicated to the operating system. However, and although it is not a very extensive list, it is also interesting to assess what happens in the opposite direction, that is, what we will lose when we jump from Windows 10 to Windows 11.

I know some will be surprised to learn that it is still present in Windows 10, but the truth is that one of the most remarkable goodbyes is that of Cortana, the voice assistant with which Microsoft wanted to stand up to Siri, Alexa and the assistant Google voice (by God, would it take so long to name it?). Presented in the days when those from Redmond were still betting on Windows Phone, the fall of it left Cortana in a complicated situation, from which she never finished leaving.

With Windows 11 Cortana will no longer be part of the user experience, at least by default. It will no longer be displayed on the first start of the PC and you will not see its characteristic circular icon on the Start bar. It is not so clear whether it will still be possible to choose to enlist their help or, on the contrary, it will disappear completely. And do not think, that we have even consulted herself but, bad for Microsoft, they still have not told poor Cortana what will become of her in Windows 11.

And I must say that I have always been a strong advocate for Cortana, since the days of Windows PhoneIf only because in an area with as much future as that of voice assistants, the more qualified competition, the better. And although it did not find its place among smartphones, it is a good source of information, with the best recommendations, when you are using Windows. And the facts I refer: 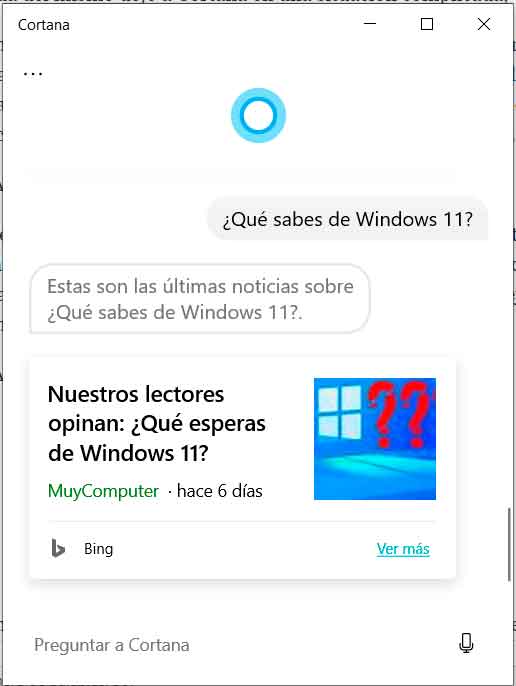 Another function that is dismissed with the jump to Windows 11 is the timeline, that chronology that allows you to review part of the files with which you have worked in the last month. Personally, I find it quite a useful function, as it has helped me quickly locate what I was looking for on occasion. However, its lack of integration with the software means that it is not as practical as it could be and, consequently, it has hardly been used by Windows 10 users, who surely will not miss it in Windows 11.

With more popularity in the business world than in the private world, Windows 10’s S mode provides a fast and secure platform, although it imposes certain limitations on users. However, and with the extra security that Microsoft seems to want to introduce in Windows 11, this mode will no longer be available for all versions, except for Home. Maybe this is the only one that is saved from the TPM 2.0 requirement? We will have to wait to see it …

The list of system elements and applications that will stop coming from the operating system in Windows 11 has some notable names, and others that will sound like classical Greek to more than one. The main absence will be, of course, Skype, which will cede its space to Microsoft Teams. Also say goodbye to the default installation the 3D Viewer, OneNote for Windows 10 and Paint 3D, with regard to elements of the system, Maths Input Panel, the evolution of the Windows 8 Math Recognizer.

It is not a butcher shop, in this respect the jump from Windows 10 to Windows 11 won’t be traumatic for most. However, there will be some holes that we will probably notice over time, unless Microsoft gets ahead of us and has already thought about what to cover them with. Of course, Microsoft, please, I ask you please, talk to Siri, every time I consult something my heart breaks a little: 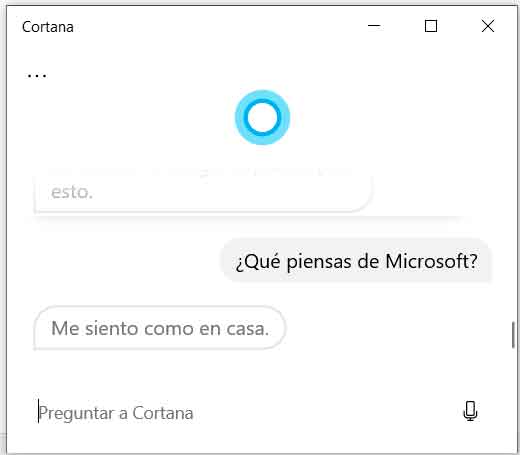 With information from Microsoft.