Tomorrow is one of the key days of the “return to normality”: June 26 was the date chosen by the Government to lift the mandatory nature of the mask outdoors (as long as the safety distance can be maintained) and, involved in the controversy about whether it is too early or if it could have been done earlier , June 26 is here.

During these days, several surveys have been published in which some concern among citizens could be appreciated. And it’s not strange because It is up to each of us to evaluate when we have to put on the mask or not. Not only for the possible fines and penalties, but also; but for purely sanitary reasons.

Therefore, we have gathered some basic ideas to help us take a break from masks, but with maximum security.

LESS than 100 DAYS for GROUP IMMUNITY: Towards a FUTURE without PANDEMIC

What will be allowed from tomorrow (and what will not) 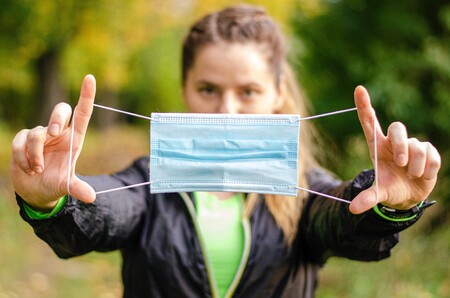 The first thing to keep in mind (and it is worth insisting on it) that the norm does not lift the requirement of a mask in general; does it only outdoors and only when there are no conditions (such as crowds of people) that prevent us from keeping the security meter and a half. Although it is not very clear why it is getting up now, the truth is that in itself it is not a very controversial measure.

We have known for months that outdoor infections are relatively rare. This does not mean that they are impossible, but it does reduce the effectiveness of the mandatory use of the mask outdoors. In fact, the majority of the arguments against the end of the obligation point to the fact that to stop using the mask in these contexts could have a carry-over effect in other situations where it would be advisable use it.

Be that as it may, for practical purposes, the masks will remain with us because they areThey will continue to be mandatory in closed public spaces, in outdoor spaces without a safety distance, in crowds and on public transport. That is, there are so few exceptions to the use of the mask that at any time we can find ourselves in a situation that requires it (and, for that reason, we will have to take it with us).

How do you know when it is advisable to continue using the mask? 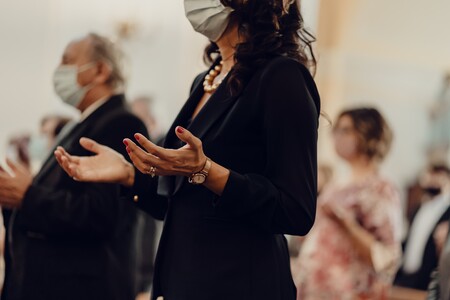 Months ago, when we tried to explain how the virus was transmitted, we used a very specific metaphor: smoke. With the differences of a metaphor, the idea that the virus moves through the air in a similar way to smoke helps us understand why the outdoors is relatively safe (and when not).

After all, although we are all aware that outdoors aerosols tend to disperse (as with smoke); but we also know that smoke does not magically disappear because it is outside. Keep in mind that close and prolonged contacts carry risks. Few, but they carry them.

Hence, if we choose to stop using the mask, it is It is advisable to analyze the situations in which we are involved. We have already seen in recent days that massive outbreaks can continue to occur as soon as we neglect ourselves. In other words, there are reasons to be cautious beyond scaremongering.

The fundamental criteria are proximity, ventilation and time. The greatest risk during these weeks will be contact between non-partners, so in all situations in which we spend a lot of time near other people without good ventilation, the use of masks will continue to be recommended.