The latest changes in the policies of use of WhatsApp, which threatened to block the accounts of those who did not accept that their data was shared with Facebook, is causing a drain on the most popular messenger on the planet. Every day thousands of users look for other alternatives to communicate with each other, such as Telegram or Signal. But while the first is already well known by the Spanish, many still wonder what is Signal, how it works or why so many decide to make it their new chat app.

Well, in the following lines we are going to try to solve all your doubts in this regard. Starting with the first: it is an encrypted secure messaging application. In other words, a more private option than WhatsApp, Facebook Messenger and many others in the same category.

Additionally, Signal is available for Android, iPhone, and iPad, and there is also a Signal desktop client for Windows, Mac, and Linux, so its wide compatibility with different devices is a plus.

Finally, all you need to register is a phone number. It is 100% free. 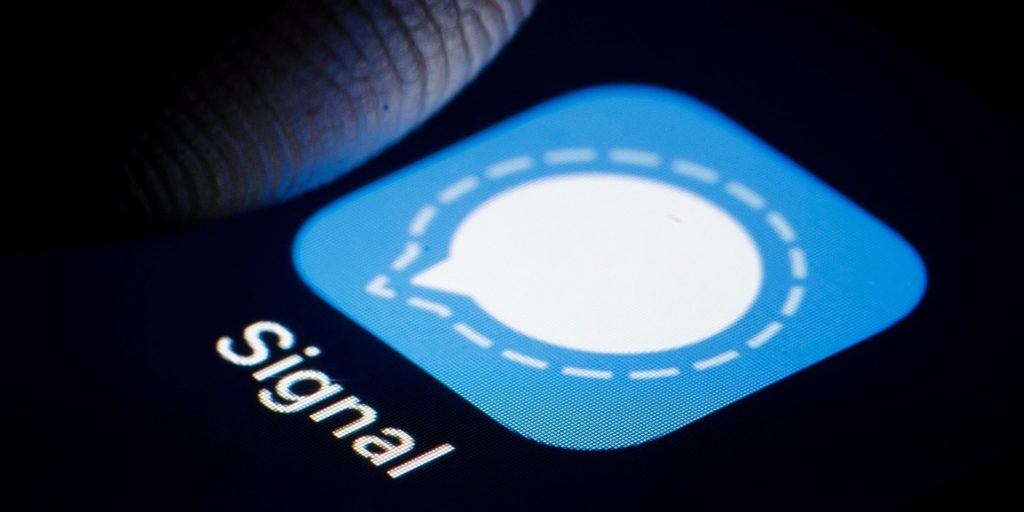 Why is Signal special?

The experience as a Signal user in general, is not too far from what we can have in WhatsApp, Facebook Messenger and other similar applications. It is a messaging app with functions such as one-to-one messages, groups, stickers, photos, file transfers, voice calls and even video calls.

But, to be honest, the similarities end right there. Unlike those, Signal is not owned by a large technology company. It is developed by a non-profit foundation and is funded through donations. The fact that their owners are not trying to spend money relieves us quite a bit, to tell the truth.

Therefore, beyond the apparent aesthetic coincidences with its rivals, what should matter most to us is that in Signal, our conversations are end-to-end encrypted, which means that not even those responsible can access them. Only you and your friends or family.

Also, Signal is open source. Its source code can be found on Gitbuh, via this link. 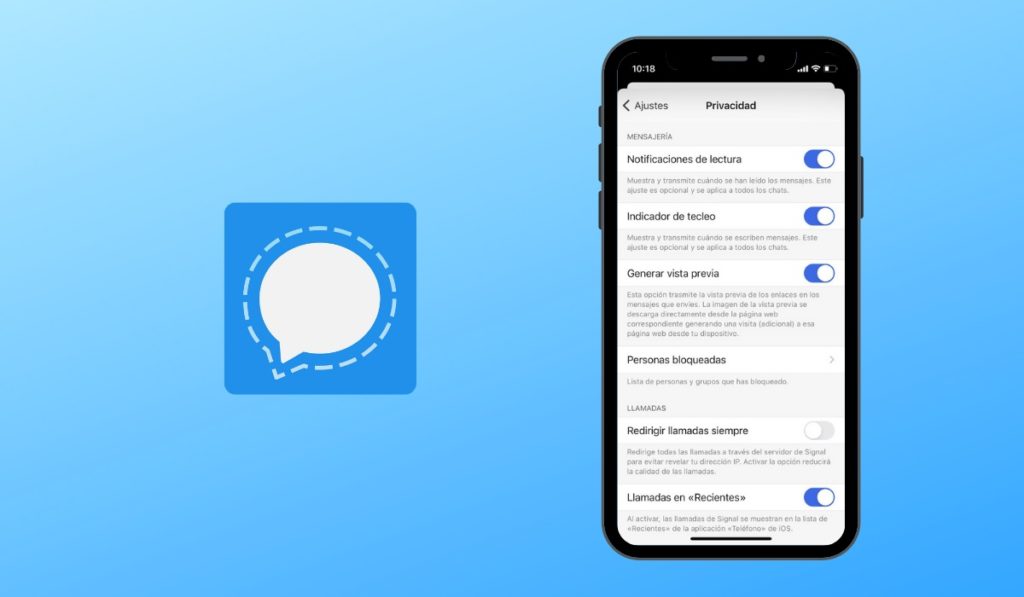 And what makes it so safe?

As we said, all communications on Signal, including one-to-one messages, group messages, file transfers, photos, voice calls, and video calls, are end-to-end encrypted. Only the people involved in the communication can see its contents.

This is very different from traditional messaging apps. For example, Facebook has access to everything you say on Facebook Messenger. Facebook says it will not use the content of its messages for advertising, but there is no shortage of controversial cases such as the sale of data for political purposes by Cambridge Analytica.

And while other services offer encrypted messaging as an optional feature, they are not usually as blunt. Meanwhile, everything in Signal is encrypted, always and by default.

As if that weren’t enough, Signal provides other privacy features, including self-destructing messages, which are deleted after a while. Time that we ourselves can establish.

To this we must add that, in the event of a judicial investigation, Signal has almost no data from us. Facebook, for its part, can reveal our name, with whom and what we have talked about. How far we are! 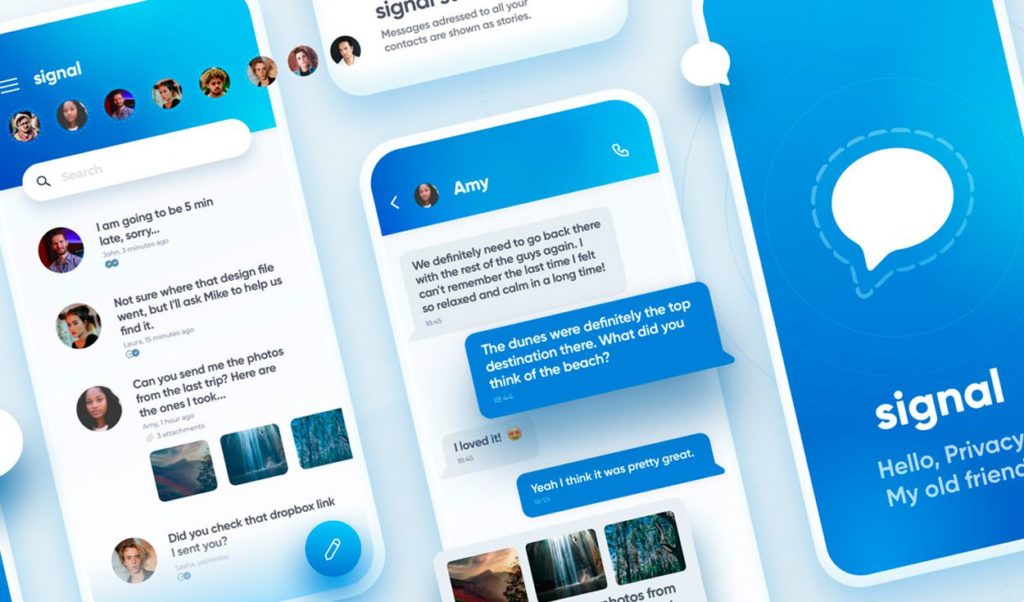 Why is Signal suddenly so popular?

Signal’s end-to-end encryption is its great feature, we’ve said it. But the app is eight years old and has never acquired such importance as it is today, even when it was already notable for it. It just so happens that from Elon Musk to Twitter CEO Jack Dorsey have been recommending it in recent weeks. As a consequence of this, it went to the top of the Apple and Google app store charts.

And if we add to that the scandal of the new regulations for the use of WhatsApp, which frightened many of its users, then we can understand the context in which its massiveness occurs. 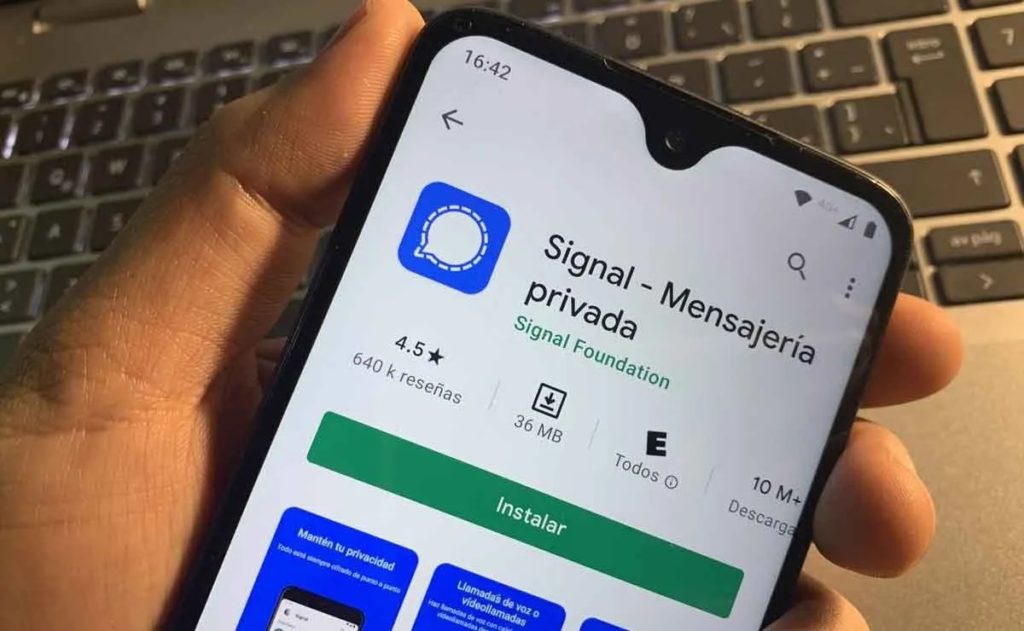 What is Signal? Some vitaminized SMS

Finally, there is another issue that we cannot lose sight of. To sign up for Signal, you need a phone number. To speak to someone at Signal, we can add you through their phone number.

This occurs because Signal is designed to be a direct replacement for SMS or text messages. As soon as you register in Signal and install the application, it will ask you for access to your phone’s contacts. It will safely scan your contacts to see which of them are also users. And it will do it through their numbers.

So if you and someone else communicate frequently via SMS, you might as well switch to Signal and enjoy its many benefits. You won’t have to ask for any identifier, just add it to your contact book.

Also, you should take a look at this article where we teach you how to use Signal correctly on your iPad.