While COVID-19 cases rise 148% in the United States, another respiratory virus plagues the child population nationwide.

Cough, runny nose, constant sneezing, and fever. For more than a year and a half, we have become used to these being safe coronavirus symptoms. However, a new respiratory virus has alarmed the Centers for Disease Control and Prevention in the United States this summer, for its unusual spikes in the season. Usually detected in winter, it is one more stone in the epidemiological bag that has made us carry the COVID-19.

Respiratory syncytial virus: one more stone to the health emergency

There is a record that the respiratory syncytial virus, or VRS, as it is abbreviated in medical jargon, usually begins to spread in the fall. However, this year it has started to manifest itself since the last weeks of July. Because it affects the same risk areas as COVID-19 infections, health authorities in the United States launched a national alert to protect children, who are more vulnerable to the disease.

According to The New York Times coverage, a dangerous spike is being seen in confirmed cases of RSV in infants, children, and adolescents. The current figures are resemble the hardest winter levels in previous years, when the spread reaches its peak.

In addition to the forced return to classes that some states have imposed, the seriousness of the health situation promises difficult obstacles to overcome in the next semester. In addition to the resurgence of the syncytial virus, delta variant of coronavirus has become dominant. The State fears that, with the indisputable contact that there will be in the schools from the next few weeks, the Spread of both reach high peaks soon.

We suggest: What is norovirus, the disease that is affecting more and more children in the United Kingdom 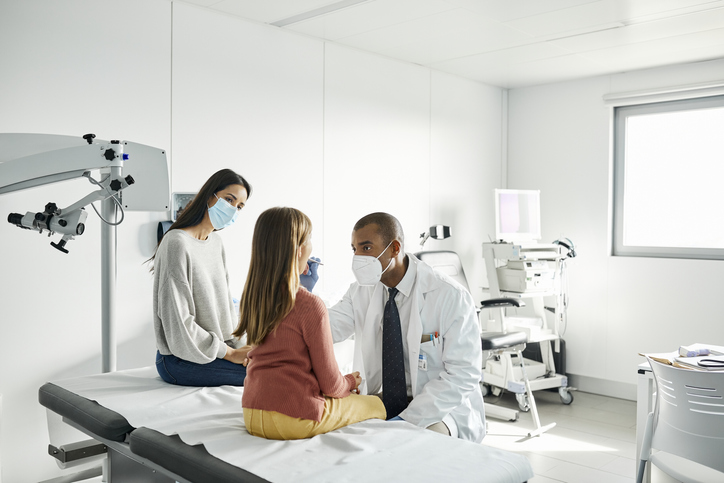 Heather Haq, a pediatrician at Texas Children’s Hospital in Houston, is concerned that the hospital occupation collapse again when temperatures drop. Even though COVID-19 patients had become null in the younger population in recent months, these outbreaks are filling hospitals with children’s cases. “[…] I worry that we will run out of beds and without staff to deal with wave after wave, ”she is sincere.

We are officially back to getting crushed by #COVID, and for #pediatricians this wave feels * worse * in many ways. And as a pediatric hospitalist who has been a front-line COVID doctor for the entire pandemic, I’m going to share what I’ve seen the last 8 days on service. 1/

At the same time, it is estimated that the cases of coronavirus nationwide in the United States have risen by 148%. In contrast, hospitalizations increased by an alarming 73%. Doctors who have treated these cases attribute the figures to the arrival of the delta variant, which is much more contagious than other strains studied.

In Texas alone, RSV cases have increased since June. A month later they had already reached the maximum, according to data from the state department of health. Similar phenomena were seen in Florida, Louisiana, and Oklahoma. “RSV is a serious problem now”Emphasized The Oklahoman, a local newspaper. “What will happen if we also have a boom in pediatric COVID cases?” The State still does not give answers.