Home>U.S.>What is a “silent” stroke and how to know if you have suffered it

When a person suffers a cerebral infarction – due to a hemorrhage, obstruction or compression of a blood vessel – cells that are deprived of oxygen can die.

Depending on the affected brain region, the person may lose speech, some movement and sensation of the body, or have difficulty remembering. Those are the dramatic effects of what is also known as a stroke.

But there is another type of stroke whose effects are less obvious and more difficult to diagnose, as they do not show immediate symptoms.

It is known as a lacunar or “silent” infarction. because it affects smaller and less functional regions of the brain, which do not manifest the same as a symptomatic stroke, but can accumulate over time and have a significant long-term impact on the patient’s memory.

According to a study published in 2012 by the Harvard University School of Medicine, United States, silent strokes are more common than strokes with symptoms. The researchers estimate that more than a third of people over 70 have suffered a silent heart attack.

What happens in a spill cerebral?

Stroke is a general way of referring to a condition in the brain when it does not get enough oxygen, either from bleeding or from a blockage. The specific terminology is infarction, either hemorrhagic or ischemic.

“Ischemia means that not enough oxygen is reaching it and the brain tissue dies,” Cristina Koppel, a neurologist at King’s College Hospital, London, explained to BBC Mundo. 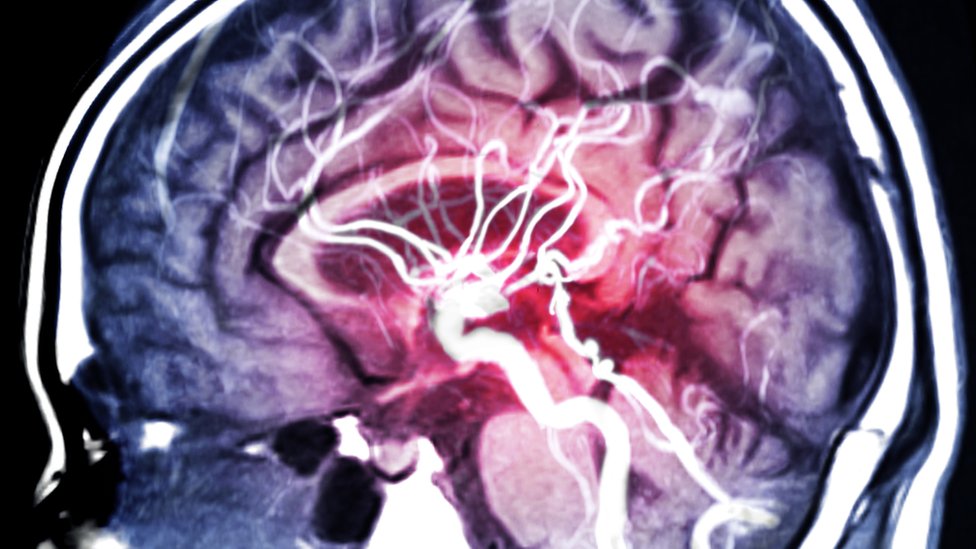 The vast majority are typical heart attacks, when an embolus or clot that has traveled through the arteries obstructs the blood vessels and interrupts blood flow.

“You have to imagine the circulation system in the head as a tree that has a trunk – a large artery – that divides into smaller and smaller branches and so tiny that we don’t even have names for those blood vessels,” says Dr. Koppel. .

“The clot, which may have formed in the heart or in the carotid arteries (main arteries of the neck), travels through that system that becomes increasingly narrow, until it can no longer pass, blocking the blood vessels that feed parts of the brain.

Without that oxygen-rich blood supply, cells in that region stop working and may die, generating a combination of symptoms that can range from weakness in part of the face, difficulties when speaking or walking, and vision problems.

In the UK, doctors advise keeping in mind the acronym FAST, which in English refers to four words: face, arm, speech and time. In other words, if one side of the face is droopy, the arm is weak or shaky, you have difficulty speaking… it is time to call the ambulance.

“If the patient arrives at the hospital in a space of about 4 and a half hours, after a scan to ensure that it is not a hemorrhagic infarction, an antithrombotic drug can be administered to dissolve the clot and unblock the artery,” says the neurologist. .

All of these skills lost during a typical heart attack reflect the functions that were controlled by the affected region in the brain. 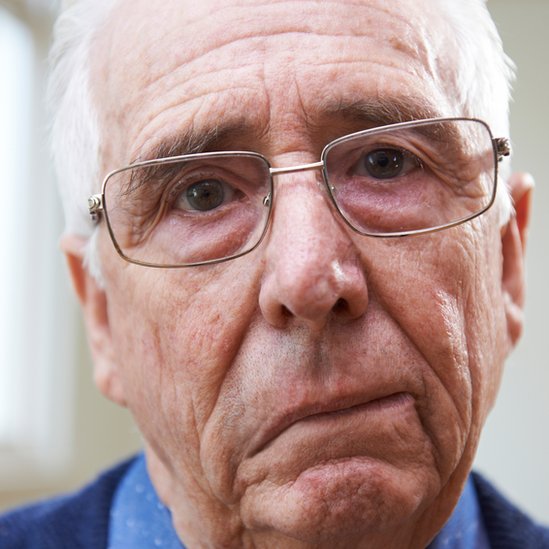 Paralysis on one side of the face is one of the symptoms of an ischemic heart attack. (Photo: Getty Images)

“They don’t even realize that something happened to them”

But there is a type of cerebral infarction that does not manifest itself in this obvious way, because “it does not occur in the periphery, but within the brain and affects the deeper regions.”

It is called a lacunar or silent infarction, in which case, the interruption of blood flow destroys cells in regions of the brain that do not control vital functions, “silent” regions.

The damage is so small that no obvious symptoms and they can only be seen with magnetic resonance imaging (MRI) or computed tomography (CT scan).

“They look like a little dot,” says Dr. Koppel. “Many times, when we asked them, the patients didn’t even realize something happened to them.

“It is because that deep infarction did not give symptoms or they were so mild that the patient did not go to the hospital,” he adds. 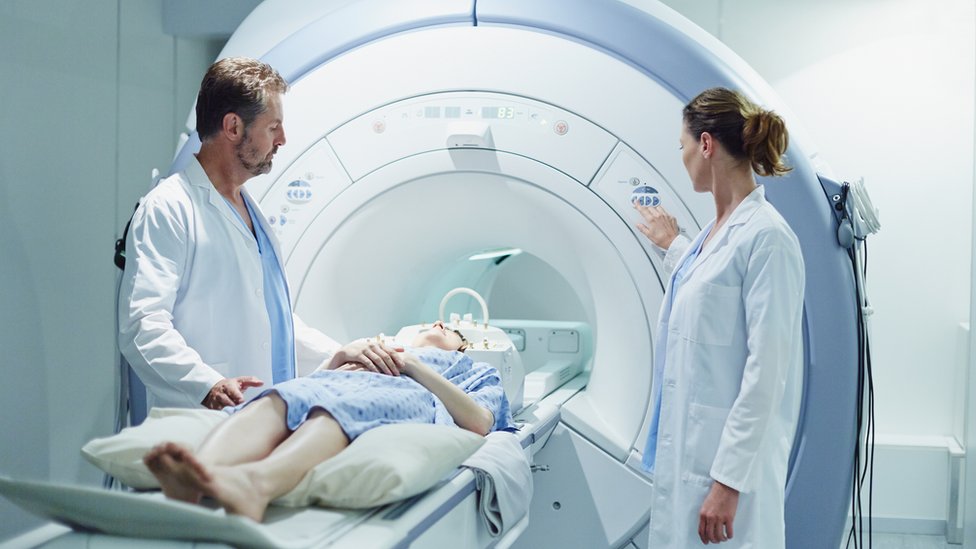 A silent stroke can only be confirmed with magnetic resonance imaging (MRI) or computed tomography (CT scan). (Photo: Getty Images)

Although they may have suffered from some subtle temporary cognitive impairment, most of the victims of this type of heart attack silent they don’t know they suffered it.

However, no matter how small the lesion, “there are dead cells there, affecting the wiring or connections of the brain.”

If many of these heart attacks accumulate, the most common scenario is that certain brain functions are affected, cognitive slowness, clumsiness when walking, forgetfulness and, as a consequence, the vascular dementia.

Although the effects are not immediately obvious, a silent stroke can disrupt the blood flow necessary for memory.

In a study published in the journal Neurology, researchers studied 650 people with no history of dementia, looking for evidence of interruption of the blood supply in the brains of the participants through MRI.

In more than 170 of the participants, small regions of dead tissue due to lack of blood supply to the brain, although only 66 of them reported having symptoms of a stroke.

All the patients who had suffered these heart attacks had difficulties with memory and cognitive processes. These problems occurred independently of other forms of age-associated memory loss.

The researchers concluded that as the damage caused by these silent heart attacks accumulates, it is more difficult for the brain to function normally. 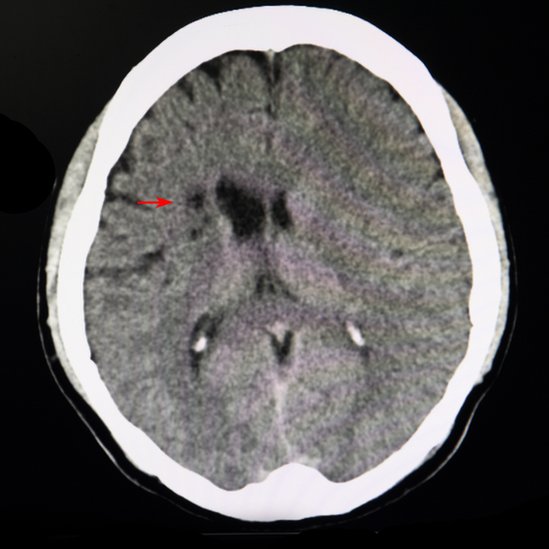 The damage from a silent heart attack is small, but its accumulation has serious consequences for memory. (Photo: Getty Images)

Because women live longer, they are more vulnerable to stroke. Doctors recommend that they undergo tests to assess risk factors for cerebrovascular disease.

Vascular dementia it cannot be reversed. Since an MRI or CT scan is not possible for everyone, there are things that can be done to reduce risk factors.

The main factor, says the neurologist Cristina Koppel, is hypertension “and it is the first, second and third thing that we control.”

Cholesterol and diabetes are also monitored, and it is advisable to reduce salt intake and not smoke.

“You should start a treatment with aspirin or another anticoagulant such as clopidogrel, which is an antiplatelet agent that inhibits clot formation,” says Koppel.

To that are added recommendations to adopt a healthy diet, exercising routinely, and disciplined attendance at medical check-ups.

“With age you have to pay more attention to it,” warns the neurologist. “It is going to happen to all of us to one degree or another,” he says. 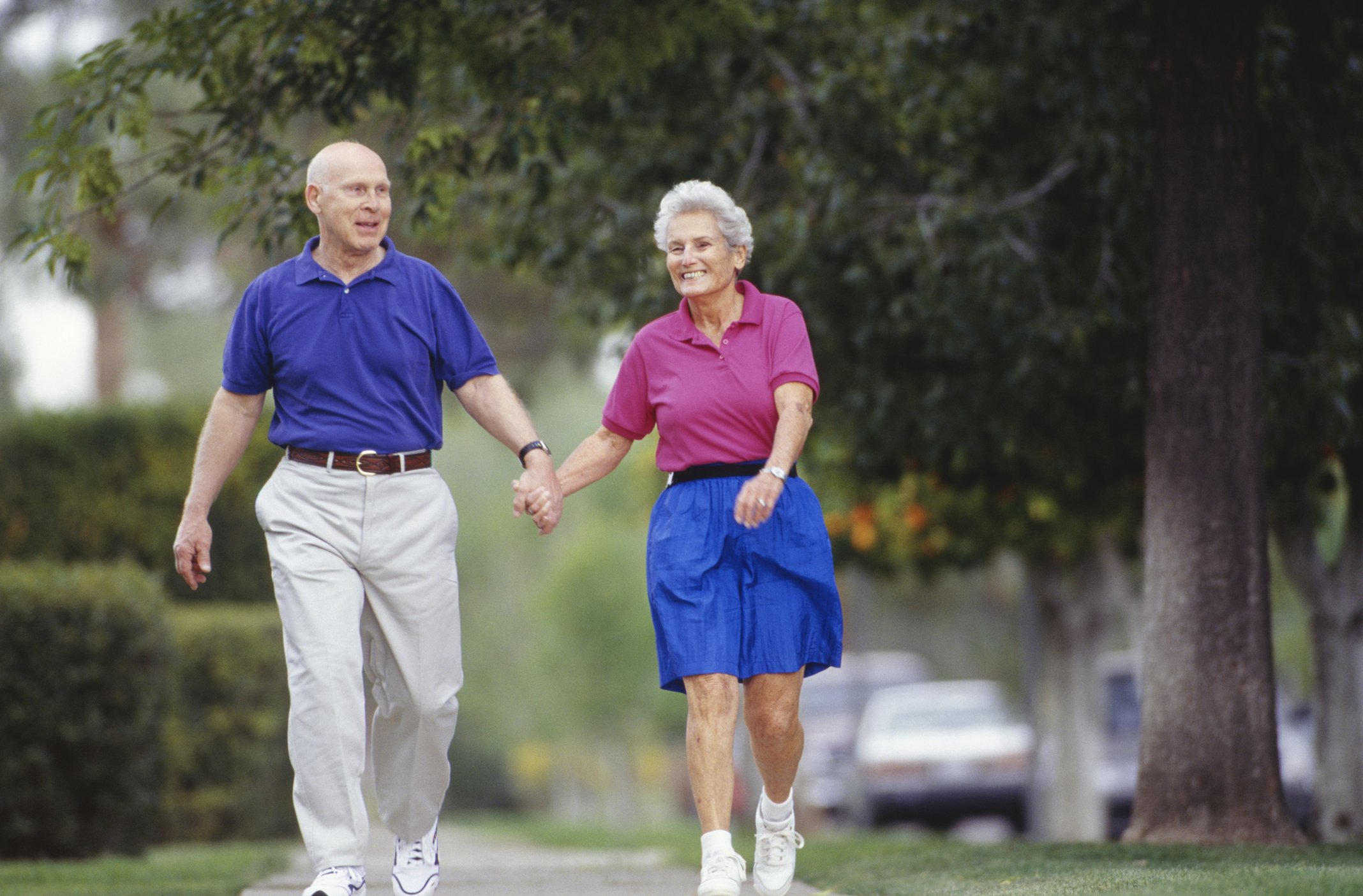 There are ways to reduce the risk of “silent” heart attacks, such as walking briskly for about 30 minutes, five days a week. (Photo: Getty Images)

* Control hypertension with regular check-ups and take drugs that reduce it.

* Limit salt intake to less than 6 grams per day.

* Control weight and maintain body mass index between 19 and 25.

* Do sports or walk at a good pace for 30 minutes, five days a week.