If you’ve ever ridden a Tesla Model 3, you’ve noticed the importance of the screen that presides over the dashboard. She takes care of all the functions that we could want once seated in her cabin, from the speed of the trip to the adjustment of the mirrors. If that’s the case, you’ve probably wondered what happens if it breaks in full circulation. Well, TechRaxYouTube decided to find out exactly that.

The central touch screen in the Tesla Model 3 and Model Y is the only one present on board, both for the instrument panel and for the Tesla user interface and the air conditioning, entertainment, navigation functions and even to open the glove compartment. . The Model S and Model X have separate screens for instrument cluster and user interface elements. In fact, these updated models have three screens, much more practical despite adding visual “impurity”. 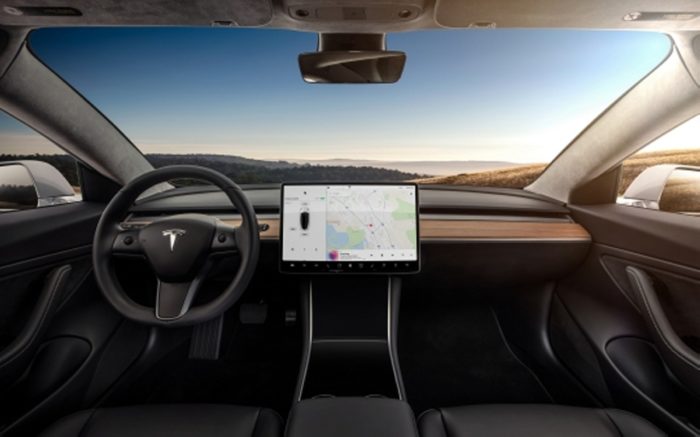 Returning to the experiment, the screen of the aforementioned Model 3 withstands more or less light and medium blows very well. Just a few signs of bruising in the area where the hammer was hit regularly. After receiving several medium hits, the screen was still working without even losing touch sensitivity. The car itself can also continue to be driven without any problem, warning or an annoying sound that something was being done wrong with the car. Everything “normal” up to here.

It took a couple of really hard strokes of the hammer to completely turn off the Tesla’s screen. Then the stile panel came off, and even when the cable behind it was unplugged, the car continued to circulate without any problem. The central touchscreen on the California models is proven to be quite durable. Even if it looks like an iPad mounted externally on the dash, the vehicle can still be driven with its “brain” completely damaged and disconnected.

More interesting still, the driver of the Model 3 was able to take it back after parking it for half an hour or so. With the tesla mobile app, the driver was able to view vital information such as speed and temperature, and even change the climate settings or choose what music to play. As manufacturers introduce new technologies and eliminate most physical buttons, skeptics find these systems distracting and delicate, but the video teaches us that some trust can be placed.