What does Jennifer Garner think of JLo and Ben Affleck? And it is that recently I was wondering why … how strange that Garner had not thought of the new romance of his ex Ben. Well my thoughts were read … (looking for my aluminum helmet, aka, pasta strainer) HA! 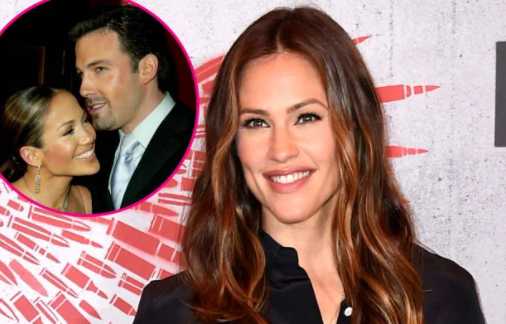 In Us they say that Jennifer Garner approves of her ex-husband Ben’s relationship with Jennifer Lopez, can you believe it?

“J. It has Jennifer Garner’s seal of approval ”- said the source, noting that the two actresses have crossed paths over the years.

“J. He thinks Jennifer is a wonderful and kind person and an amazing mother. “

Woow! It has the stamp of approval. Cool! And how did the source find out about that? I guess you saw the seal on JLo’s buttock.

Last month it was confirmed that JLo and Ben Affleck had returned to their relationship after spending time together, following JLo’s breakup with Alex Rodriguez.

“Jen and Ben are very happy with each other and are excited to see where their relationship is going,” a second insider told Us at the time.

Anyways, that’s the gossip, Jennifer Garner approves of Jennifer Lopez, or rather has her stamp of approval. The rest of the report is talking about JLo and Ben and how much they love each other and are excited to be together again. “They are soul mates”, say their friends, this time it will be forever … forevah!