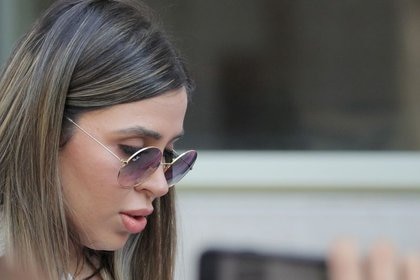 Emma Coronel was arrested this afternoon in the United States on charges of international drug trafficking (Photo: REUTERS / Brendan McDermid)

This afternoon she was arrested Emma Coronel Aispuro, wife of Joaquín “Chapo” Guzmán Loera, for their criminal participation in the distribution of narcotics. His arrest was in Virginia, United States “For charges related to his alleged participation in international drug trafficking”, as detailed in the report of his arrest.

The US Department of Justice was in charge of confirming the information that was disseminated on social networks. His arrest represents a direct blow to the criminal organization of the Sinaloa Cartel headed by the Guzmán family and Ismael “El Mayo” Zambada.

The official document of twelve pages describes the information on the participation of Coronel in criminal activities, among them he highlighted some letters that the young Mexican received from her husband Joaquín el “Chapo” to promote the organization’s drug trafficking actions between 2012 and 2014. 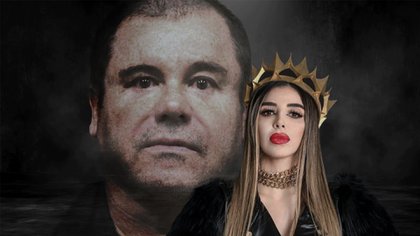 According to the investigation of the US authorities, it detailed that Emma Coronel was in charge of transmitting messages to the members of the organization on behalf of Joaquín Guzmán while he was in charge of protecting his wife to prevent the Mexican authorities from arresting her.

FBI elements ratified the information from the Letters that “Chapo” Guzmán wrote for his wife to run the business after his arrest in 2014. The first section that directly involves the participation of his wife in the criminal organization is for carrying messages addressed to “Cleto”, alleged administrator of drug distribution, a drug trafficker who lives in Durango, according to the report.

The letter reads the following:

“Regarding Cleto, increase production so that it performs. Say hello to Cleto. Tell him please ‘give me your hand’ so that the first sale is on my part … because I have a lot of expenses here ”. 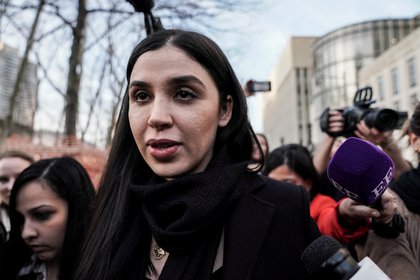 A letter involves Coronel as a fundamental part of the organization. “The mother of the twins will bring them a message for everyone to see personally.” (Photo: REUTERS / Jeenah Moon)

In a second letter, some instructions that Guzmán Loera sent to members of his family, including his four children, are detailed. Iván, Alfredo, Ovidio and Joaquín are active members of the Sinaloa Cartel.

The letter reads as follows:

“I ask you to always agree between you and my four children. Hire accountants across the state, and pay the boys and widows there, and what’s left per month, half is for you and the other half for the four of you. “ 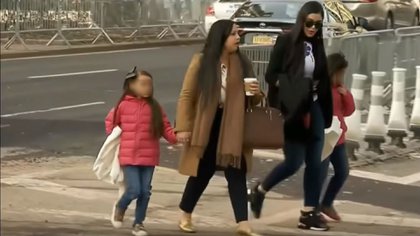 Under the name of “mother of the twins” Emma Coronel coordinated family finances with the children and ex-wives of Joaquín Guzmán (Photo: File)

According to the FBI elements in charge of verifying the information, the letter was addressed to Joaquín’s ex-wives, including Emma Coronel to manage the earnings. In that same letter, a second section describes Colonel’s command.

“… You know who has the papers from that place. Send it to the twins, please. The mother of the twins will say something to you and my children. Please be alert compadre. She will explain it to you … The twins’ mother will bring them a message for everyone to see personally. ”

The mother of “the twins” is the same Emma Coronel, the office noted that “Colonel was acting as an intermediary and messenger between GUZMAN and his lieutenants, associates and sons”.

While Guzmán Loera was in the Federal Center for Social Readaptation of Almoloya, he continued directing actions of the criminal organization by means of letters who wrote, the one in charge of carrying the messages was his last and current wife Emma Coronel.

According to the document presented by the Department of Justice, Coronel would also have been an active part in the planning of the Chapo del Altiplano escape, which occurred in July 2015.