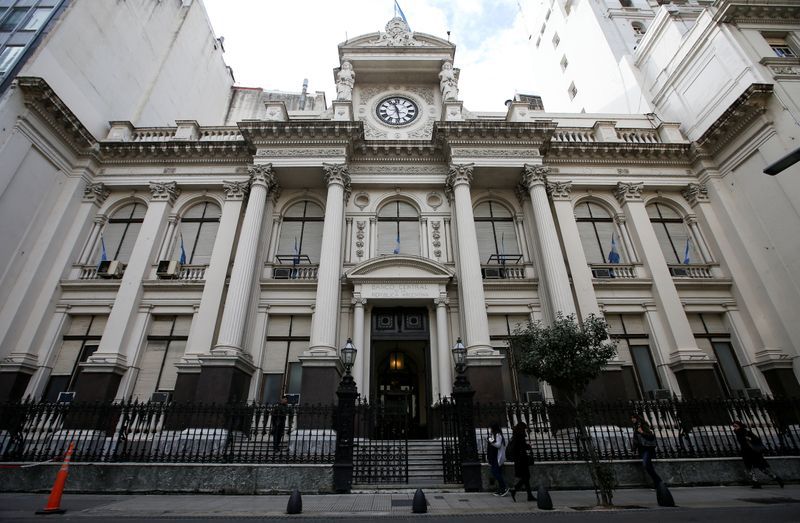 BUENOS AIRES, Nov 16 (.) – Analysts weigh in on the future of Argentina’s economy at a time of an impasse in the markets after recent economic measures that seek to calm the financial market.

The country is now negotiating with the International Monetary Fund (IMF) a program of extended facilities to renegotiate a loan for 57,000 million dollars, of which the organization has already disbursed about 44,000 million.

* “The economic team faces the first challenges that test the viability of its new strategy and successfully overcoming them will be key to generating confidence,” the SBS Group estimated in a report.

* “In this context of high uncertainty and many doubts about the government’s direction, in addition to a weak relationship with the markets -and the middle class-, many people choose to dollarize their savings (…) The parallel dollar also operates as a refuge financial, “said the consulting firm Ecolatina.

* In the Government “they are badly selling bonds in dollars to go to bonds in pesos (to control the exchange rate,” said Miguel Boggiano of the consultancy Carta Financiera.

* “It is striking that the sale of the stock of foreign currency bonds continues to be used to bring down the CCL (alternative dollar through asset operations) with securities that imply an IRR of over 16% per year, which approximately doubles the yield of corporate and especially sovereign ‘high yield’ bonds “, estimated the consulting firm VatNet Research.

* “Attention is focused on the mission of the IMF, as operators hope that an economic ‘roadmap’ can be drawn up with the authorities to move through a convergence in fiscal, monetary and exchange rate imbalances. Political support will be crucial for the implementation of the path towards normalization, “said Gustavo Ber, economist at the Ber consulting firm.

* “In the absence of stronger monetary and fiscal measures, it is very likely that the (exchange rate) gap will increase again. A good start would be to reduce the budgeted primary deficit for 2021 from 4.5% to 3.5%, which it would imply a lower degree of monetary issuance. And even so, it will not be easy to stabilize a macro with a gap of 80%, “estimated Roberto Geretto, an economist at CMF bank.

* “Soy, the main export product, has already accumulated a rise of more than 30%, returning precisely to the levels prior to the beginning of the” Panda Bear Market “(a sharp fall concentrated in emerging markets, commodities and cyclical assets). The main difficulty for (President) Alberto Fernández and (Economy Minister) Martín Guzmán will be to enlist their broad government coalition behind the forced fiscal adjustment they must carry out, “said consulting firm Delphos.

* “The Government has reacted and now seems to recognize that the economy cannot coexist with the distorting effects of a high exchange rate gap. The question is whether, with the current instruments, it will be possible to achieve additional reductions in this gap. Even under the assumption of a possible agreement with the IMF, the conditions of the economy impose restrictions on this strategy, “said Fundación Mediterránea in a report.

He added that “both due to the reduced level of the Central Bank’s reserves and the fact that the required increase in the domestic interest rate would be incompatible with the recovery of economic activity foreseen by the Government for 2021, while also it would complicate the sustainability of the balance sheet of the monetary authority. “