On the latest episode of The Kurt Angle Show, the Wwe Hall of Famer Kurt Angle spoke about his match against Shawn Michaels at WrestleMania 21. The Olympic medalist revealed that Vince McMahon gave them complete freedom to prepare his fight and that he did not even dictate which fighter should win in the ‘Showcase of the Immortals’. The highlights below, transcript courtesy of SportsKeeda.

“Okay, Vince left everything in our hands. Yes, I was surprised. He wasn’t even aware that he had. When I met with Shawn four days before WrestleMania, we went to the site where the matches are structured, in the ring at the hotel. They had a party room and there they had set up the ring. Shawn came up to me and said ‘Look, we don’t have an ending to our match at WrestleMania, but I think you should win by submission, And I’ll tell you why. I think later you are going to have a rivalry with Batista. ‘ This is what he told me. ‘We need you to look really strong.’

I was impressed. Shawn Michaels basically said he was going to give up on me. It surprised me for good. I didn’t know if he was serious, really, but He showed me that he respected me and that we were going to have an incredible match no matter if I won or lost. In the end, I didn’t have the story with Batista, but I’m sure those were the plans. Shawn decided that he was going to let me win without having the guarantee that we would face each other again. in the future, because there were no plans between the two after that “, have been the words of Kurt Angle. 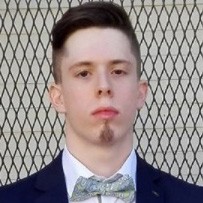