He ThunderDome It can be considered one of the best ideas WWE has had to regain the presence of the fans, even on screens, but to have them again within the weekly programs and PPVs of the company. If in case the idea arrived too late because we have missed the Wrestlemania, what we could be thankful for is that the company will not charge the entrance fee.

But it has its bad side, which became known after the opening of the NXT’s Capitol Wrestling Center, that would have the same theme as the ThunderDome, but that in on the day of its launch there was no page to register Well actually WWE uses the ThunderDome videos for the NXT shows and 205 Live at the CWC and for NXT UK in the studies of BT Sports in Londons.

This became known in October last year, when the user of Twitter, Jessi Davin, when he discovered the video of her in the ThunderDome on an episode of NXT, while she was watching earlier that day AEW Dynamite.

If in case they thought it was a coincidence and that no one else would notice, let me tell you that this server can confirm this news, since while the NXT WarGame event was broadcastYes, I found my video of the ThunderDome on one of the walls.

To corroborate that it is me, I have a Striped shirt from the 2019 Club World Cup: 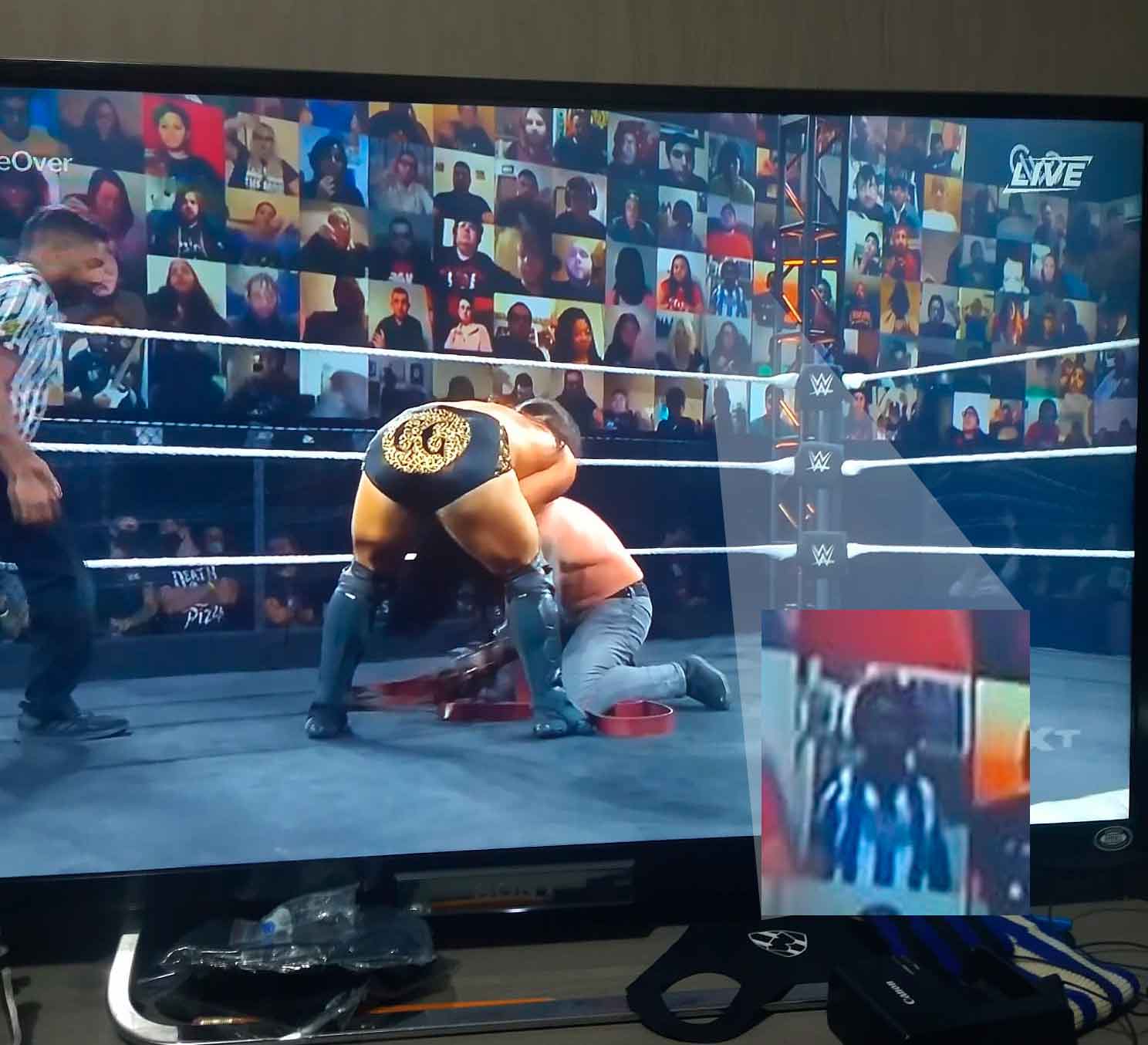