It could be a promotional commercial for that ephemeral PPV called Great Balls of Fire, but no, It was the closing of the most recent episode of Raw.

From fire to fire Alexa Bliss wanted to take revenge for what Randy Orton did at TLC, where he burned The Fiend, reducing it to ashes, during that “Firefly Inferno” match so similar to the “Inferno” matches seen years ago in WWE.

And without further consideration, threw a kind of fireball at an unsuspecting Orton, while fighting a heads-up against Triple H, which caused “The Viper” to be blinded in the middle of the ring. A suspended ending that left few indifferent. Not even Impact Wrestling. 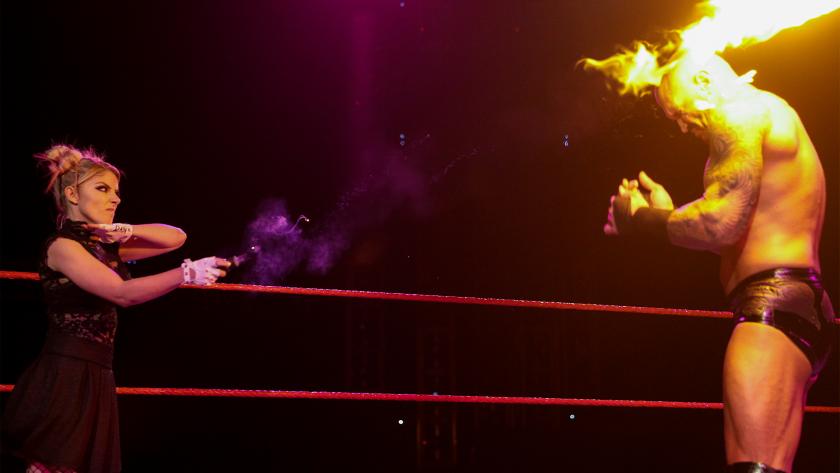 And in the last hours, McMahonlandia has finally offered some information about Orton’s status on its official website.

«WWE Digital has learned that Randy Orton suffered minor burns to his face after the attack with a fireball by Alexa Bliss on Raw.

“’The Legend Killer’ issued a challenge to Triple H at the beginning of the night and he was in a battle with ‘The Game’ when Bliss emerged from the darkness.

«Don’t miss Raw next Monday at 8/7 C on USA Network for the latest update on Orton’s condition».

I can fight my own battles. But I’ll also fight for you 😈🔥

«I can fight my own battles. But I will also fight for you»

Remember that Orton is scheduled to compete in the Men’s Rumble. WWE may play with the doubt of their participation until the last minute, like that of Bray Wyatt / The Fiend, in a conflict between them that could be captured in an attractive way within the field.